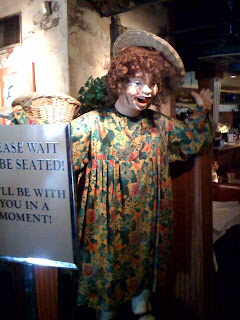 File under: Local Amusement Parks of the Past. This is Laughing Sally, who used to be the "Fat Lady" at a small park that used to sit in front of my local zoo. The weird thing was, she was situated about 8 or 10 feet from the ground, above the door as you would enter a ride (which I believe was the "Spook House"). She used to rock back and forth and cackle madly, which scared the ever-loving crap outta me as a small child. (I also remember one thing about the horror ride: in the dark, an old-fashioned mop would emerge from nowhere and threaten to hit you in the face...weird.) Alas, the park is long gone, and Sally, newly attired, now resides in the lobby of a local restaurant.
Posted by Sampoerna Quatrain at 07:42 No comments: 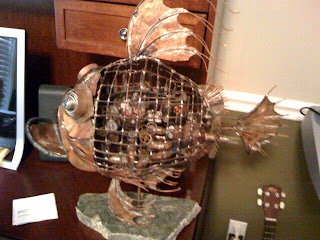 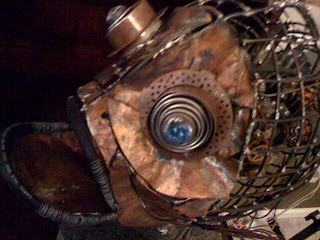 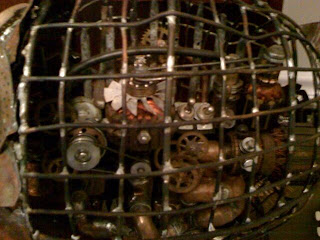 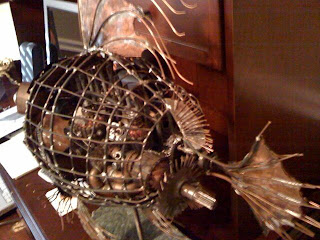 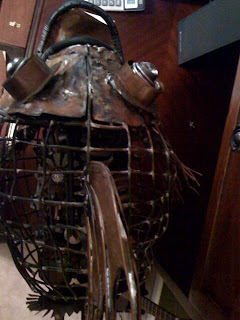 Posted by Sampoerna Quatrain at 18:34 No comments:

Labels: Art, Comics, Vintage Album Reviews
Newer Posts Older Posts Home
Subscribe to: Posts (Atom)
Snake and Boris welcome you to a mysterious old tavern called The Sphinx. Here we will discuss many interesting things. You will notice many signs on the wall. One says, "A splendid time is guaranteed for all," and another, "An acorn is just another nut in a beret."