Some of My Personal FAILs... (part two) 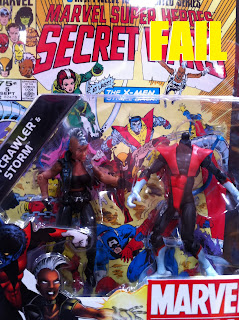 They simply don't make toys like they used to.  We have fancier, better sculpted action figures, but made of cheaper materials.  These three FAILs are my personal ones, and are items I have seen in stores just over the last several weeks! There is a huge headless problem going on! 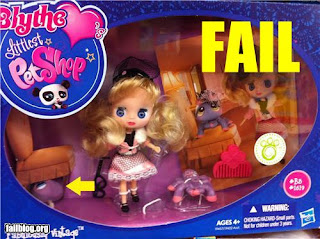 I especially like the Star Wars one--it looks like Dooku cut his own head off with his lightsaber! 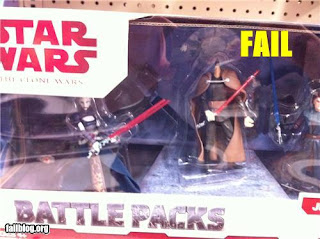 Posted by Sampoerna Quatrain at 08:56 No comments:

They've Done It To Me AGAIN!

One of the most anticipated items of the year in my house was this upcoming Hasbro "Classic Avengers" three-pack.  We had seen the pictures from previous Toy Fair, and were waiting until it finally hit stores.  I knew I would have to buy at least two to placate everyone.
When I saw them begin to hit Ebay, I knew it was time...imagine the thrill to find ONE left at the local Wal-Mart. Well, the thrill didn't last long! 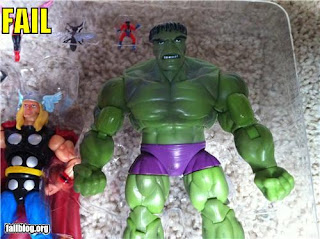 If you will reference my recent FAIL post, you'll see the Captain America fiasco...the one with two identical hands.  Well, YOU explain the above photo to a very disappointed 7-year old Hulk Maniac!
Great Caesar's Ghost, Hasbro, is there no Quality Control anymore???? I remember a time when things were made in America!
Ironically, in both cases of same-handedness, it was impossible to see this until the product was opened! Captain America's shield was covering his wrong hand, and as you can see here, Hulk's left arm is covered up in the packaging: 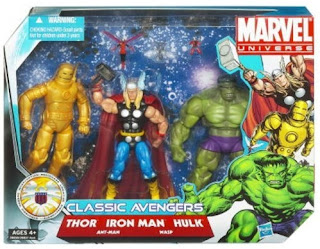 Maybe this is how somebody at the factory gets their jollies....I don't know.  Now I'm just waiting to find another one. Sigh.﻿
Posted by Sampoerna Quatrain at 07:15 1 comment:

Labels: Action Figures, FAIL
Newer Posts Older Posts Home
Subscribe to: Posts (Atom)
Snake and Boris welcome you to a mysterious old tavern called The Sphinx. Here we will discuss many interesting things. You will notice many signs on the wall. One says, "A splendid time is guaranteed for all," and another, "An acorn is just another nut in a beret."