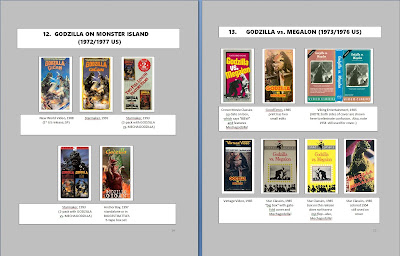 After much delay, the sub-page has been updated that chronicles all of the Godzilla/Toho VHS tapes released in the USA.  Besides correcting some errors, 18 new tapes have been added, bringing the total to over 160!
Click on the link on the left side of the page and take a look.  A downloadable PDF version of the list is available at the bottom of that page. Enjoy and Happy New Year!
Posted by Sampoerna Quatrain at 19:18 No comments: 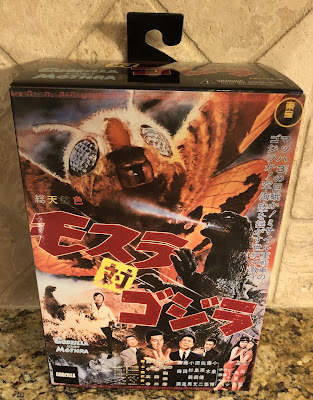 Is it possible that NECA has gotten even better? I'm no NECA shill, and I'm not one of those sites that gets free figures to review, either. When something's crappy, I am pretty forthcoming about it.  But the newest Godzilla figure from NECA has again beaten its more expensive Bandai counterpart.

Not long ago, NECA abandoned their "blister pack" packaging for their Godzilla line, in favor of boxes. The genius of it is, not only is the original Japanese movie poster art is on the front, but you can re-pack the figure when you are done with it! The old packaging was a little unwieldy, and of course required that you completely destroy it.  Going forward, reissues will all be in this format--which is both good and bad, because the most eager of us scarfed these up in the old packages....also, in some cases, they are including the "Atomic Breath Effect" piece, where it originally wasn't included, like the 1954 Godzilla, for example.

So yes, the box is amazing, but how is the figure itself? Well, it's astounding, and here goes: 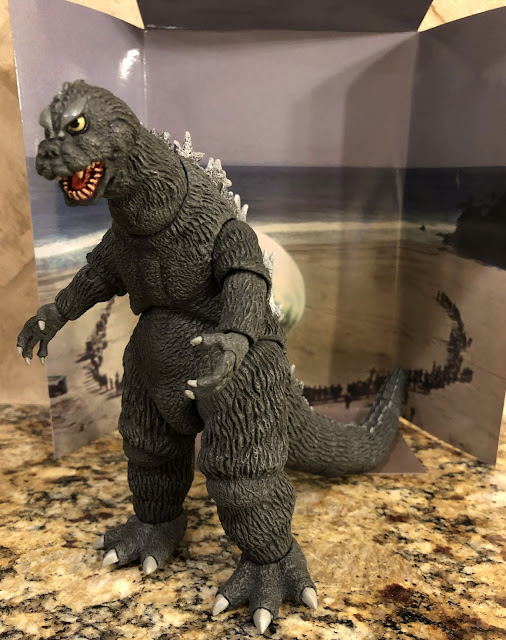 The likeness is fantastic. The articulation matches previous figures, as does the tail, but--and I think I said this last time--they have done a glorious job making the tip of the tail more blunt, as is accurate. The figures now come with a small instruction sheet recommending that you now use hot water to assemble the tail! (I think I first saw this with the KK vs. G figure as well.) 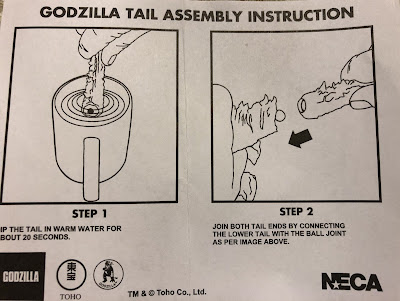 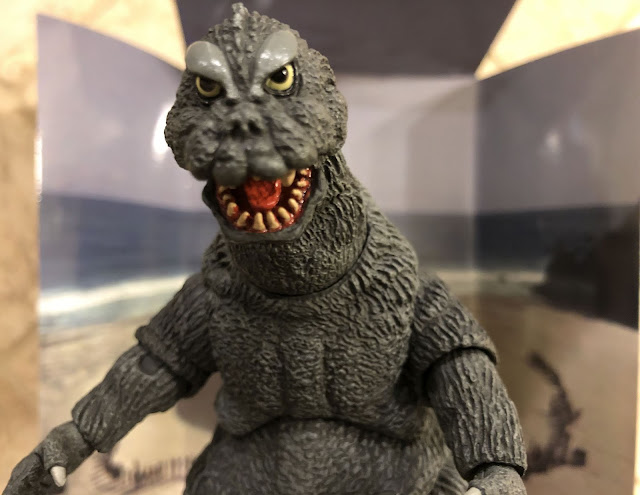 Now, the eyes are obviously more yellow than Bandai's, and it's a matter or personal preference, but I don't think they look bad. In the film they come off as pale yellow, maybe...again, it's an eye of the beholder thing (ouch, I didn't even mean to do that).

I always like to compare these figures to other figures or vinyls, and unfortunately, my SH Monsterarts 1964 Godzilla is at the front of a glass case that loads from the back, and I just can't get my hands on him for this review...but here is Bandai's "glamour shot": 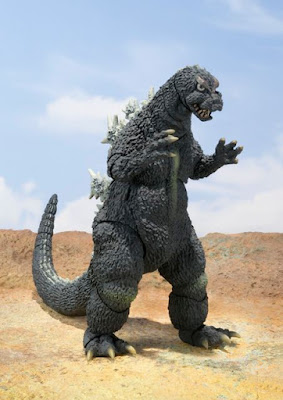 As you can see, a lovely figure, tons of detail too...but quite a bit more than 20 bucks!  One of the biggest drawbacks is, it's basically a 5" scale figure.  I am pretty sure this was done because all the other figures they had done by the time of its release were all more modern Godzilla suits, which were representations of Godzilla that were supposed to be much taller.  Not so with the NECA 1964 though, he is fully as tall as the other Godzillas in the line.

With what's been announced, we are up to 20 action figures in this line now, so I think it's time I start a checklist page, which you'll be able to access from the left-hand menu once it's done! 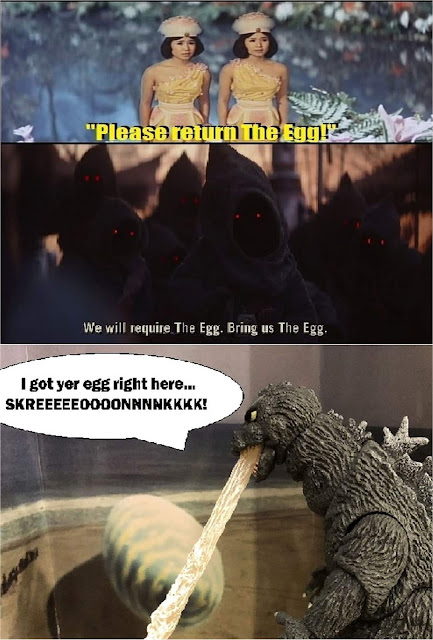 Posted by Sampoerna Quatrain at 13:39 No comments: