The RODAN NES Game That Never Was! 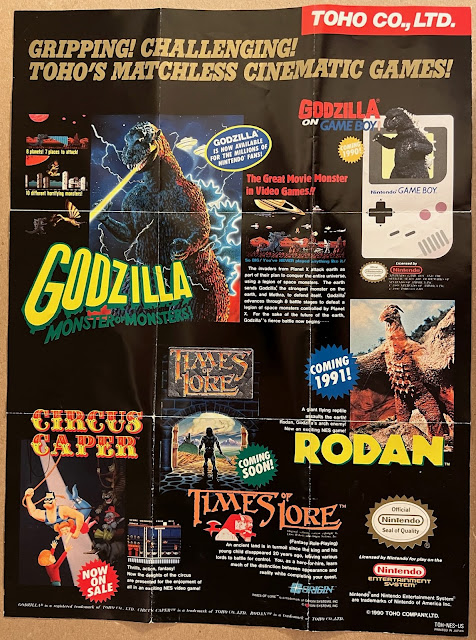 Take a look at this small poster, which you have probably seen before.  It's really too small to be called a poster, and too big to be a flyer (it measures a strange 11.75 x 15.75 inches).  This was a folded insert that was included with later copies of the first Godzilla game that was made for the Nintendo Entertainment System, called MONSTER OF MONSTERS, and as such is pretty rare.

The insert announces Toho's foray into these video games that the kids all like.  My understanding is that they distributed these games, as they were made by different companies.  As you can see, MONSTER OF MONSTERS gets top billing, and the Game Boy GODZILLA game wasn't even out yet.  Moving downward, we are told that CIRCUS CAPER exists.  I could make fun of this game for a moment, because it was really pretty awful, but it did attempt the "cinematic adventure" quality that they promised, which games were just beginning to figure out that they could do, so I think that's a fair assessment.

I don't have any experience with TIMES OF LORE.  From my looking it up, it was available on several home computer platforms in addition to the NES, and was actually made by Origin Systems, whose logo is shown here.  It was a pretty complex game for the time and boasted "13,000 screens of map." 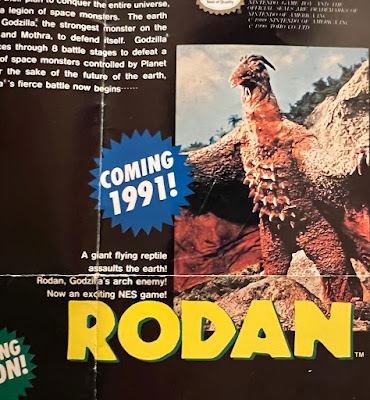 Now we get to the main reason that we are having this discussion--the infamous RODAN game that was promised for the next year...and never materialized.  The text doesn't give us much information:  "A giant flying reptile assaults the earth! Rodan, Godzilla's arch enemy! Now an exciting NES game!"
I'm not exactly sure where "arch enemy" came from; I mean, Rodan pecked at Godzilla briefly in GHIDRAH THE THREE HEADED MONSTER, and GODZILLA vs. MECHAGODZILLA II hadn't happened yet, so it's weird.  Did this game morph slowly into the MONSTER OF MONSTERS sequel (which was the strategy game GODZILLA 2: WAR OF THE MONSTERS)? Rodan was in that game, so who knows.  I do know that a straight-up Rodan video game wouldn't work very well, or be fun for very long.  It's a very strange choice! This article says that Toho decided such a game wouldn't sell very well, so add this game to the pile of Godzilla concepts that never made it to fruition.
Posted by Sampoerna Quatrain at 07:18 No comments: 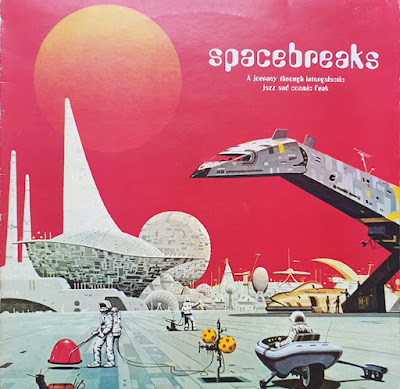 We have some big things in the pipeline here at The Sphinx (Don Adams voice:  "would you believe.....another TV station master tape????!!!")...but you'll have to hold on a while longer for those...but they will be worth waiting for!

Meanwhile, here is a true rarity that's been on my list to post since last year, and you will find it nowhere else.  In fact, it's not on Youtube, not on Ebay, and only two copies now show as being for sale in the USA on Discogs.  I bought this without knowing anything about it, and the gamble I took was well worth it, because this record is righteous. 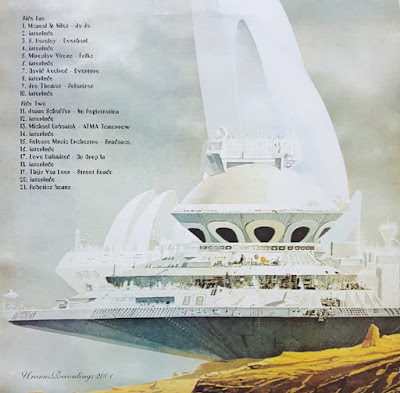 "A journey through intergalactic jazz and cosmic funk" is what the notes say on Discogs, and that only begins to cover it.  Otherwise there is no info to be found anywhere.  Somebody has done the crate-digging for you, 20-plus years ago, and assembled this masterpiece that you'll enjoy.

So, is it a DJ record or a vinyl collector's dream? Well, it kills two birds here, because it's not only incredible instrumentals, but also breakbeat-type snippets in between each track that you could use. I could go on here, but there's no need.  It's that good. Enjoy!

Posted by Sampoerna Quatrain at 09:03 No comments: 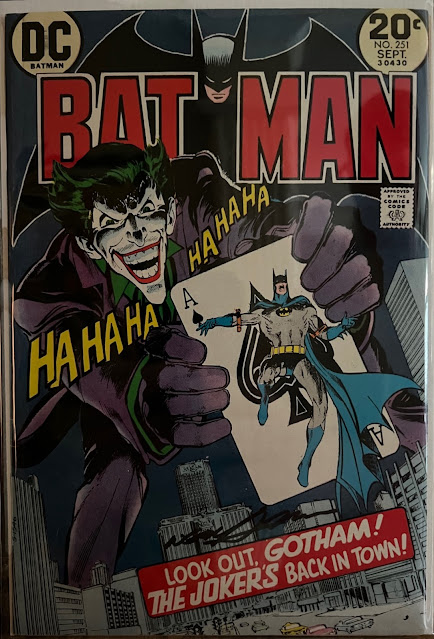 This of course is not a news blog, but I was saddened to hear about the death of Neal Adams on April 28th.  The medium of comics cannot bear to lose any more of its luminaries, because the list of those that remain is extremely, painfully short.  And luminary he was.

I was fortunate enough to meet Mr. Adams (and his lovely wife) in 2016, and although he had a reputation as a bit of a curmudgeon, he was completely affable and charming, and honestly too big for the show he graciously attended.

I chose the comic above for him to sign, and after I handed it to him, he joked "What is this? I haven't seen this before..." After he had signed it, he produced a large holographic sticker, which was the Certificate of Authenticity, and told me he would have to apply it to the back cover of the comic.  I told him, respectfully, he could do whatever he wanted to do!  Like I am going to meet Neal Adams, and then flip out over a sticker that only serves to authenticate his signature in the first place.  I imagine somebody did, though, and I hope he let them have it...and I'm sure he did!

Posted by Sampoerna Quatrain at 08:32 No comments:

Labels: Art, Comics, Vintage
Newer Posts Older Posts Home
Subscribe to: Posts (Atom)
Snake and Boris welcome you to a mysterious old tavern called The Sphinx. Here we will discuss many interesting things. You will notice many signs on the wall. One says, "A splendid time is guaranteed for all," and another, "An acorn is just another nut in a beret."