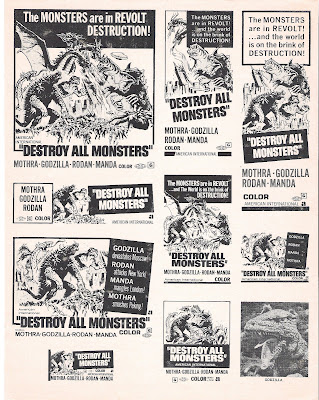 Another great collecting find came in today's mail. A while back, I posted some ad slicks from the 1970's from a series of summer matinees, among them my all-time favorite film, DESTROY ALL MONSTERS. I was lucky enough to score an original ad slick for the film's 1969 U.S. release, scanned below for your enjoyment. My two favorite parts are the top left ad's tagline of a nonsensical 'The MONSTERS are in REVOLT DESTRUCTION!" (whatever that is supposed to mean), and the bottom right, where poor Gorosaurus is identified as "Godzilla" for those not in the know. Oh well, since Godzilla's art for the film's U.S. poster bears little resemblance to his actual features, I guess I should just let it go. Kind of reminds me of a Mexican lobby card I had once (see below), where Godzilla's image was borrowed from a Gamera lobby card, with plates added on his back! 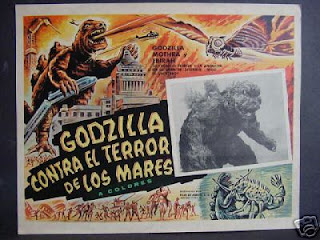 Posted by Sampoerna Quatrain at 21:45 8 comments: 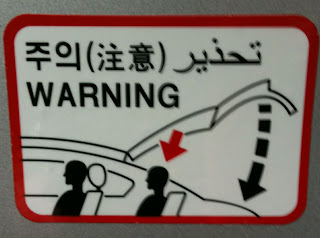 Well, here's the short version. My buddy has a hatchback-type Hyundai with no backseat to speak of. Herve Villachez couldn't fit in there. Anyway, there's a small label behind the driver's seat reminding you that if you are tall enough to see the driver's headrest, you will be instantly decapitated should the raised trunk be, well, closed...on your head. Oh, and don't let your Spanish-speaking friends crawl back there, either, because unlike everything else in this country, Spanish is notoriously absent. But then again, I suppose it's not a problem in Korea. Or French, for that matter. Or Russian. Or German. Or..............?
Posted by Sampoerna Quatrain at 19:10 No comments: 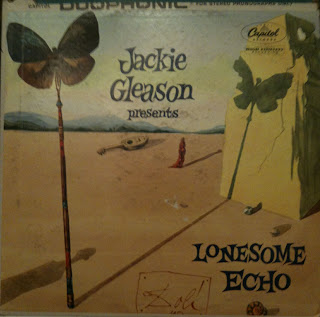 Well, I knew about Dali's team-up with Alfred Hitchcock, and I even was lucky enough to see his aborted (and recently finished) collaboration with Disney, but I had no idea about this one. File under "Recent Thrift Store Finds," I recognized the trademark Dali artistry right away. In 1953, Dali painted the cover for Jackie Gleason's "Lonesome Echo" album. He even bothered to explain his concept on the back of the jacket, comments which are pretty interesting at that. 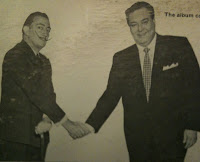 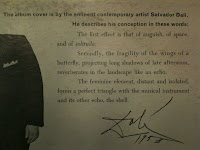 Give it a clicky to read them for yourself.
Posted by Sampoerna Quatrain at 19:02 1 comment: 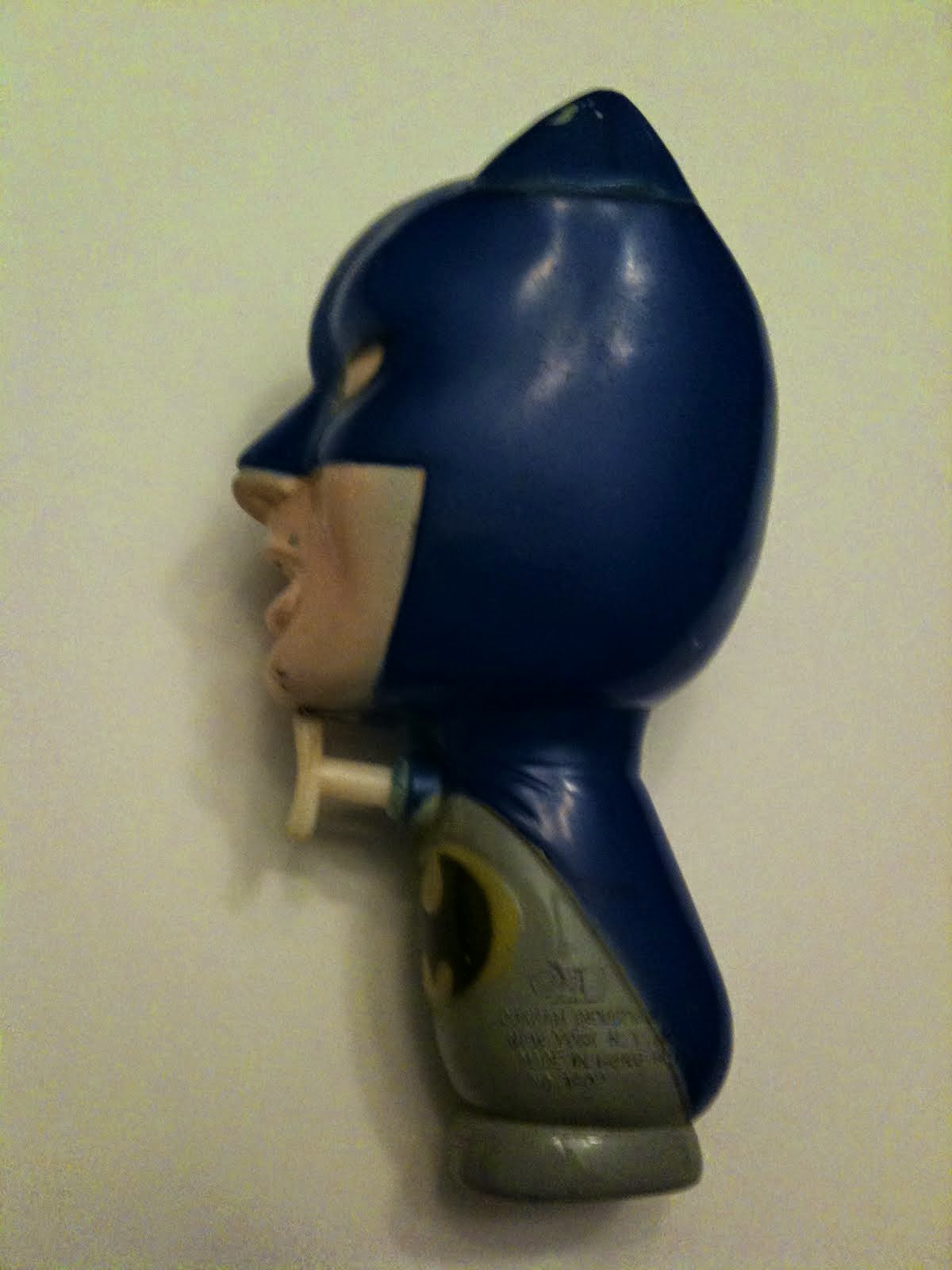 A recent additions to my personal archives: a Batman watergun. You gotta love an oversized Adam West head shooting water from his mouth like a schoolkid! 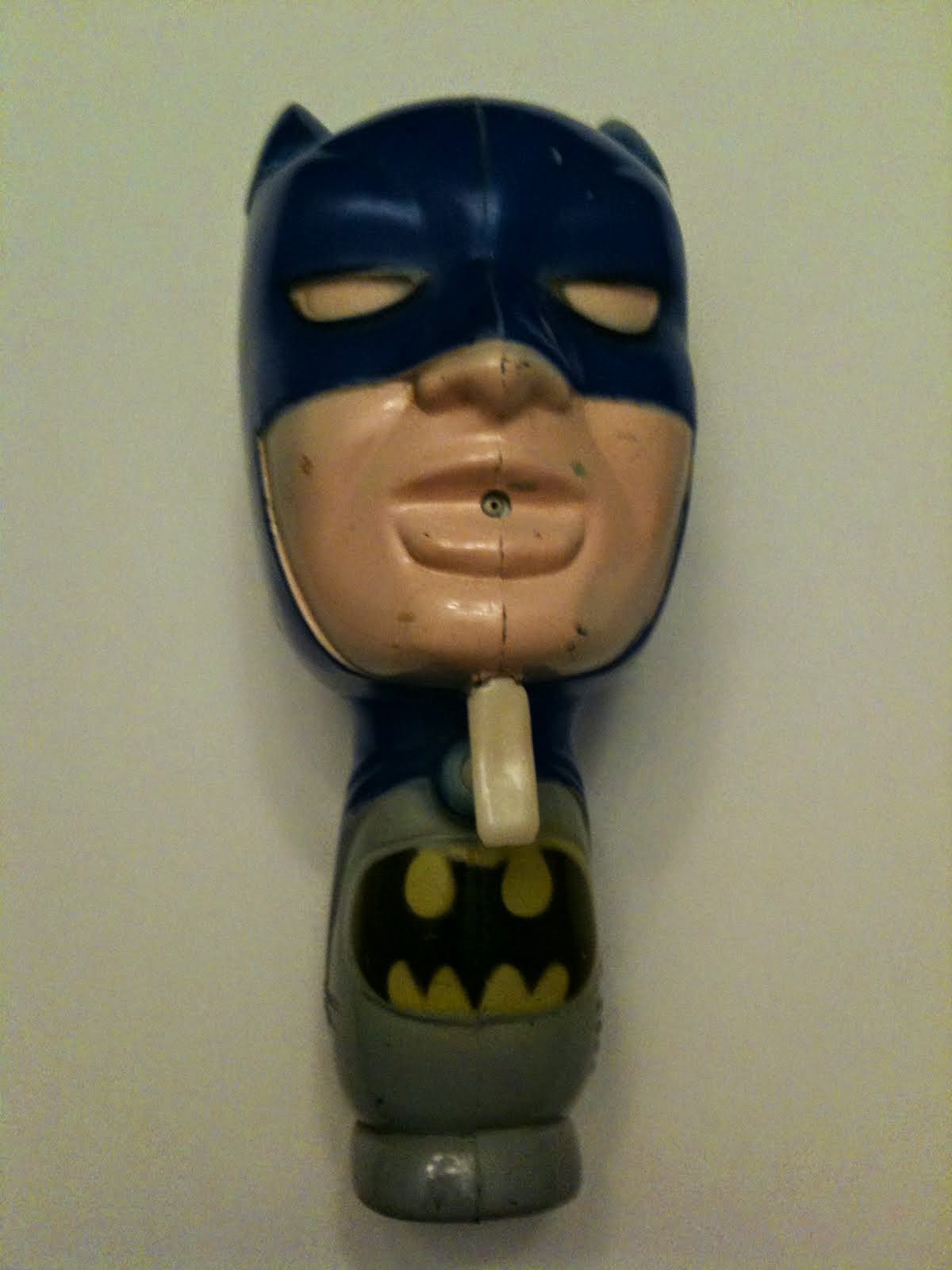 Posted by Sampoerna Quatrain at 18:48 No comments:

Another cool item I recently acquired is perhaps the rarest of all American Godzilla comics. This was a theater give-away in 1976 when Godzilla vs. Megalon was released in the U.S. It is newsprint, and magazine-sized. I got an incredibly crisp, dead-mint copy, and I have scanned it here for anyone that's interested, as I've never seen scans of it anywhere on the Internets. A couple of weird points about it...the artwork is a bit schitzophrenic, it goes from really good (page 2's Megalon, for example) to really cheap. The other thing is, a couple of the names are really off. Jet Jaguar is referred to as "Robotman," which I can understand might have been a "placeholder" until they got it confirmed what the character's name was, but Gigan is strangely called BORODAN. I mean, BORODAN? That just makes no sense. Anyway, enjoy! 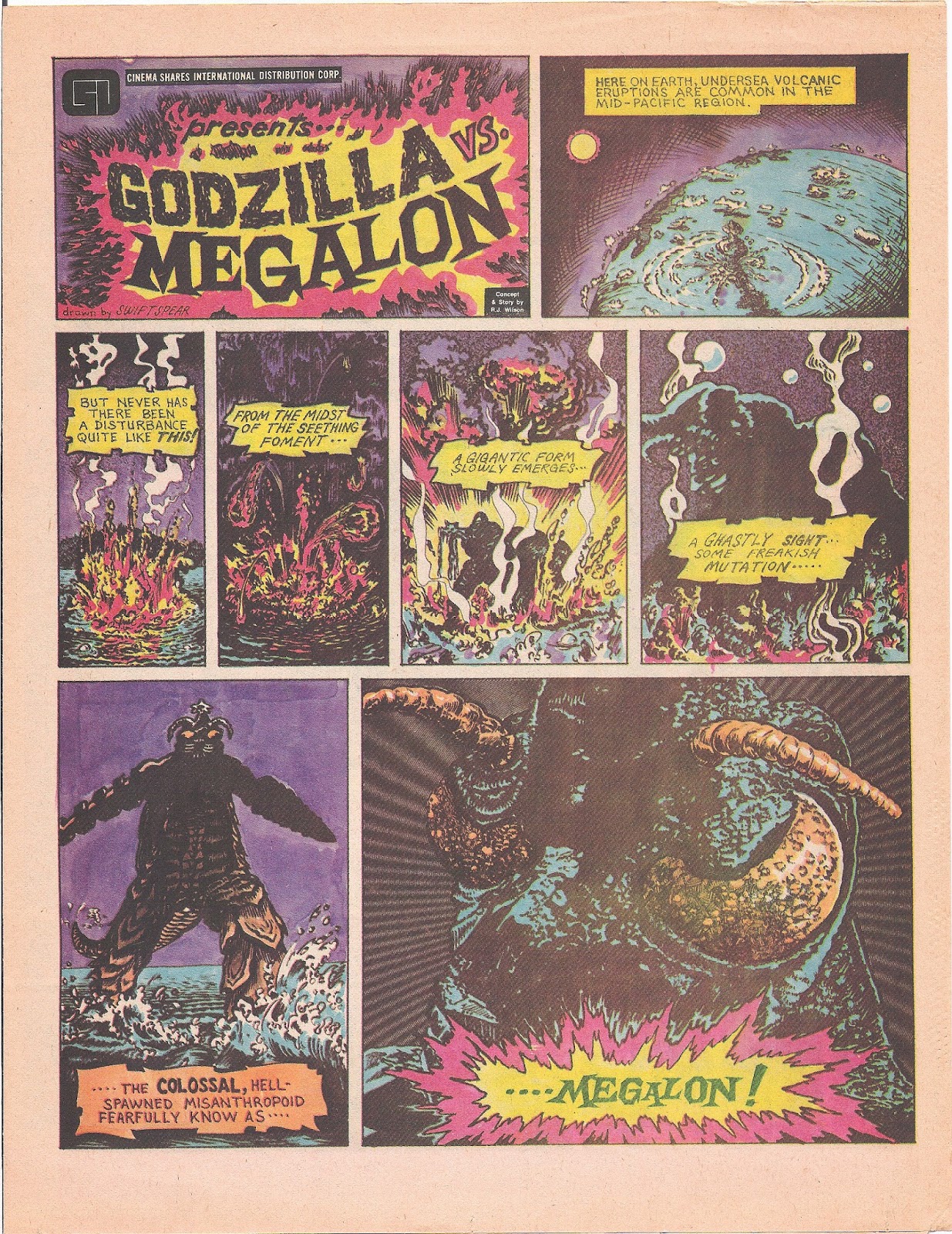 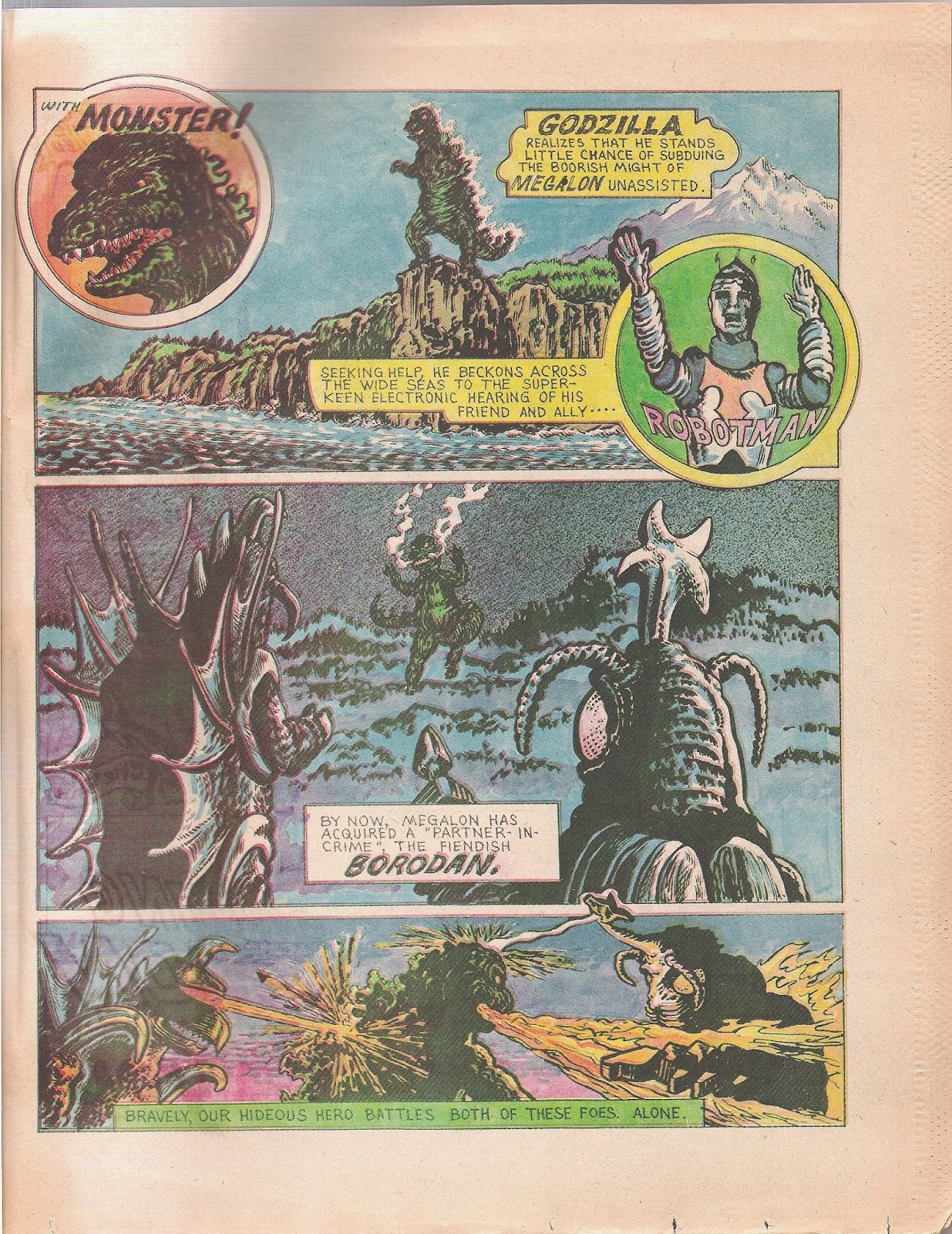 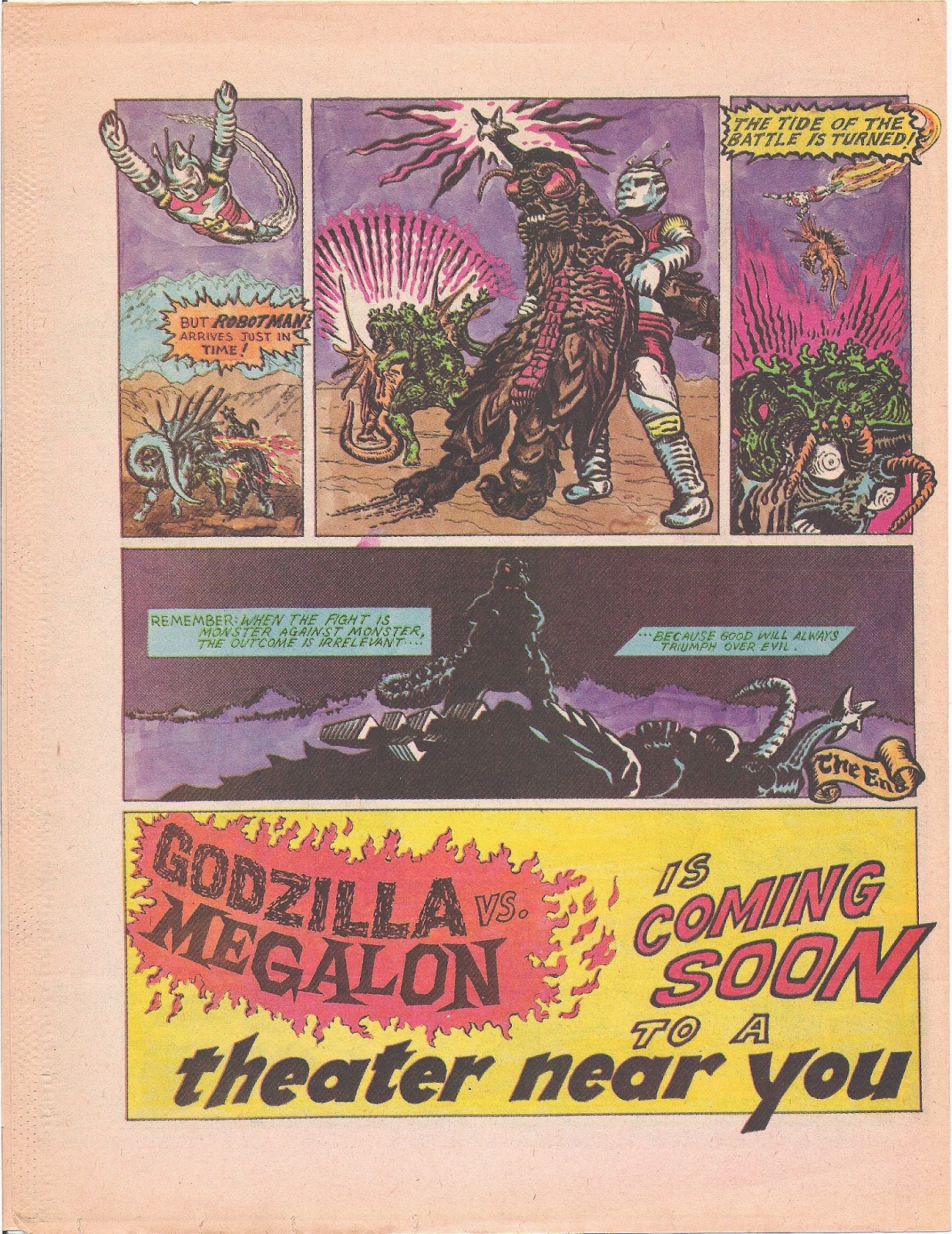 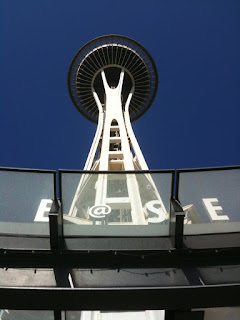 Got to go up in the Space Needle on a visit to Seattle a couple of weeks ago. Very cool, and very nice view of Seattle from 520 feet 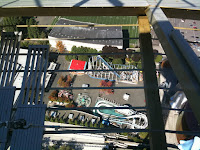 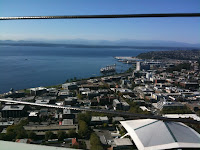 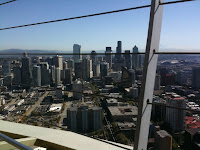 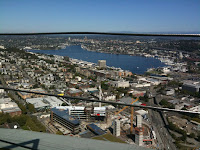 Posted by Sampoerna Quatrain at 11:59 No comments: 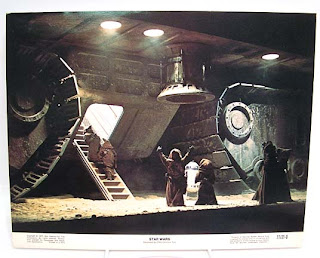 A nifty Spider-Man puzzle from 1980 I found at a thrift shop...amazingly complete! Lastly, an original lobby card from Star Wars that I WISH I had won. I do have an Empire one, though. 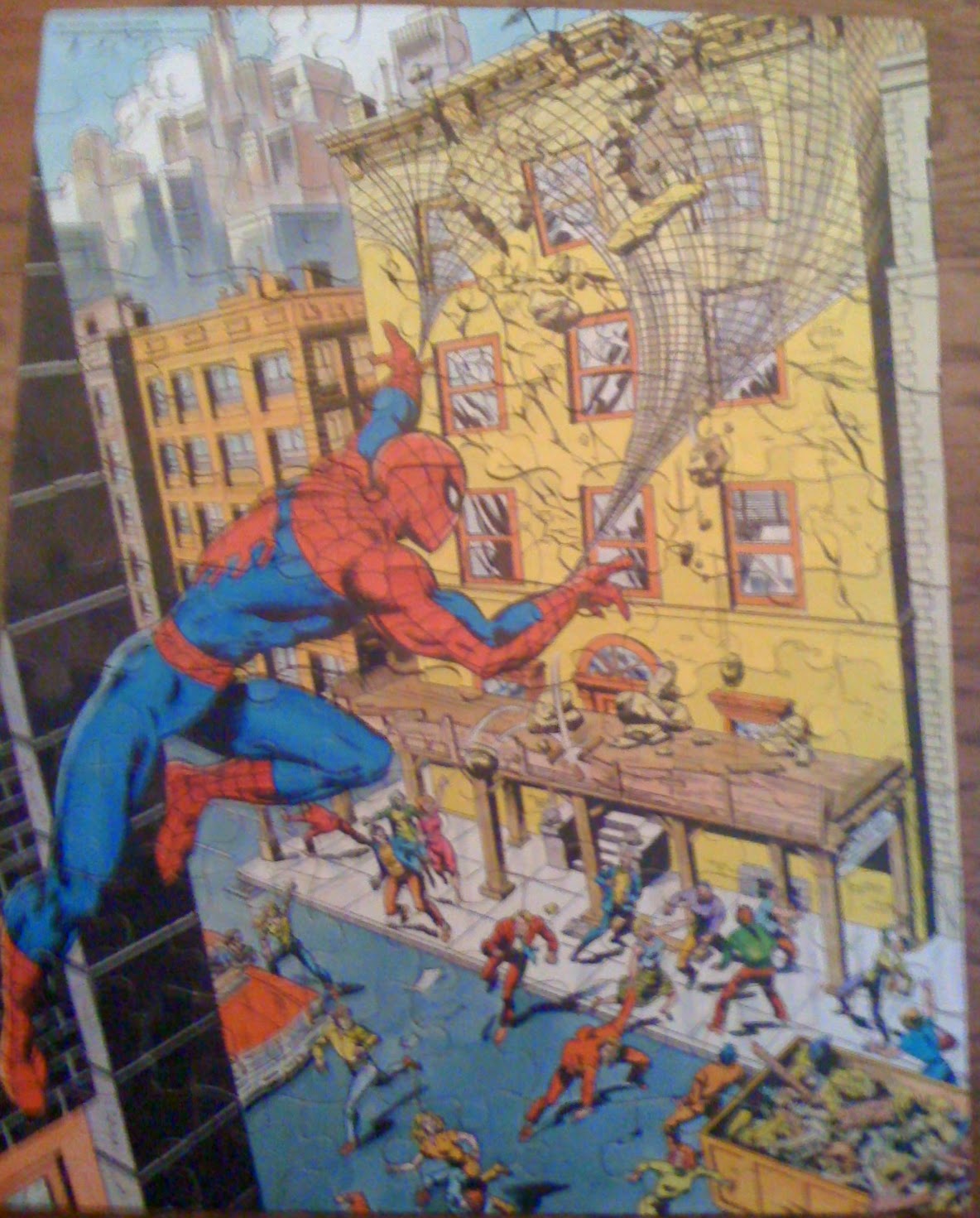 Posted by Sampoerna Quatrain at 11:50 No comments: