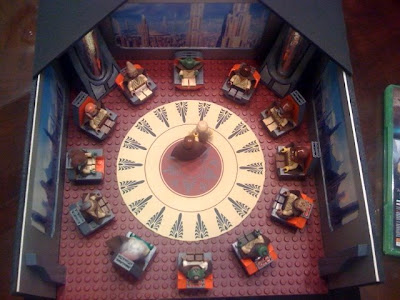 Years ago, Uncle Jeff made me a custom Jedi Council, (and this was long before there was even a Yoda made by Lego) and I had always planned to complete a Jedi Council diorama. I finally got around to it a couple of months ago, and I spent about a week painting, gluing, and struggling with Super Sculpey. Anyhow, I was pleased with the result, and surprised at how I had to put $100 into materials and a case! It's always more expensive than you think it's going to be. 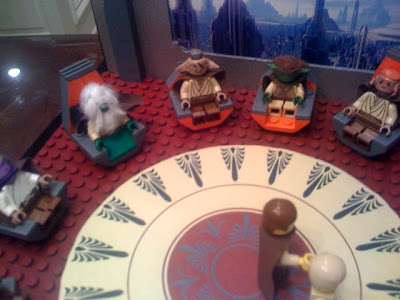 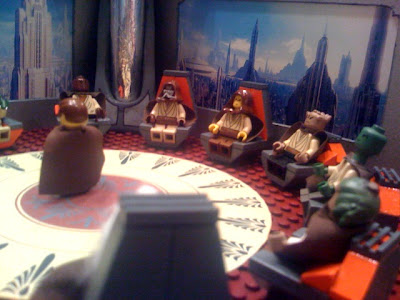 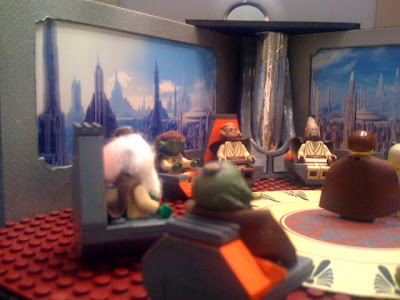 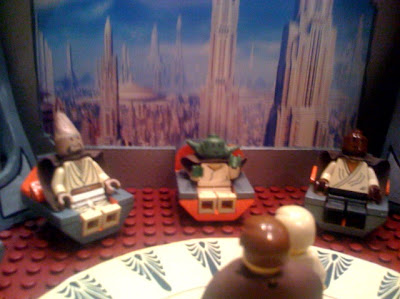 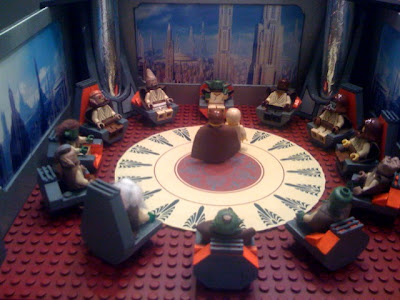 Posted by Sampoerna Quatrain at 06:47 2 comments: 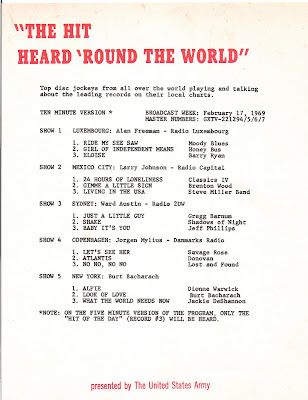 Here we have a (I believe) short-lived radio series, presented by the US Army. The description on the cuesheet says "Top disc jockeys from all over the world playing and talking about the leading records on their local charts," and that in itself is a pretty neat idea, and from this little sample, we can see that it wasn't all a commercially-minded enterprise, as it would be today in this ever-shrinking world, where everybody buys and listens to the same thing (sarcasm here). Anyhow, I bought two of these at my local thrift store, and when I got home I discovered they were the same week of broadcasts, one being the "10 Minute Version" and the other being the "5 Minute Version," which is nothing but an edit of the longer version, playing only the "Hit of the Day," the third song from each show. Anyhow, the cuesheet above will give you all the info you need on each program. I thought it was a pretty neat find. 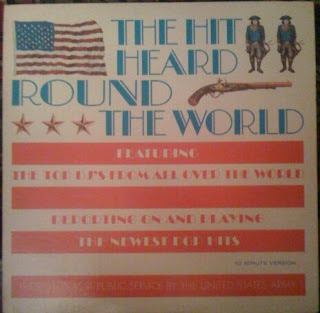 Posted by Sampoerna Quatrain at 17:11 3 comments: