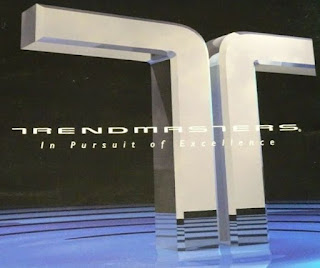 It's time to rectify a long-standing problem! Seems like ever since we lost Club Tokyo, there hasn't been a good site attempting to accurately list all of the Godzilla toys made by the once-great Trendmasters.  There are a few scattered sites with lots of varying information, but nothing that seems to put it all together.  Add to that the magic of nostalgia (the 90's was like 20 years ago.....right?!), as well as the sheer crap-ton of product that they made, and it deserves its own section in Godzilla history.  Using various information out there in addition to years of combing Ebay, and even some access to vintage Trendmasters dealer catalogs, we will now have a definitive guide to what exists.

GODZILLA: DOOM ISLAND (1997, which unfortunately never made it to stores in the United States)

(They also made toys that no one wanted for the first American film, but this isn't the place to cover that.)

You will find the link to this new section on the left side of this page, where the other guides can be found.  The plan is to eventually expand it to include photos of each product, which of course will probably necessitate that it splits into a page for each of the Trendmasters eras.  As always, any new information will be added, but this should be the most complete list that's out there.  Enjoy!

Posted by Sampoerna Quatrain at 12:14 No comments: 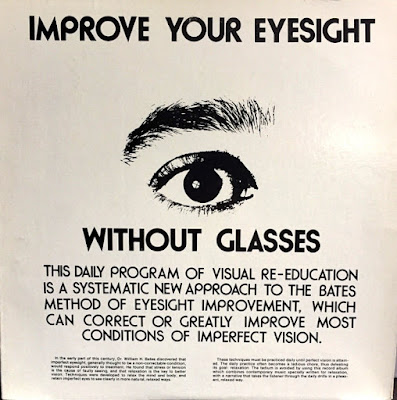 Alright, no preamble about how I post these to make fun of.  This record is unadulterated crap, and I am not too sure whether it might not be adulterated, to tell you the truth.

The good news is, it's rife with excellent fodder for samples.  The bad news is, it's going to insult your intelligence to the utmost limit of your endurance to get there. 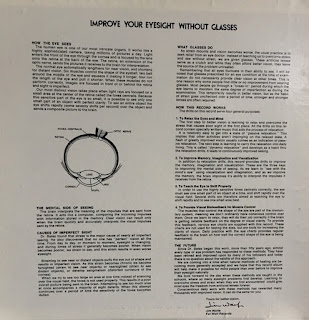 Often I post goofy comments, and people correct me, and that's fine of course; most of you are posting from free countries.  But, here is my understanding, and this is important (not being a doctor, and not going to eye-doctor school to be a doctor):  there are many types of various eye problems, and they all require different types of specific treatment, and I am unaware of ANY that can be cured by positive thinking and imagining geese.  There, I just gave you free important medical advice, and I'm not even qualified to do so.  Neither is this record. 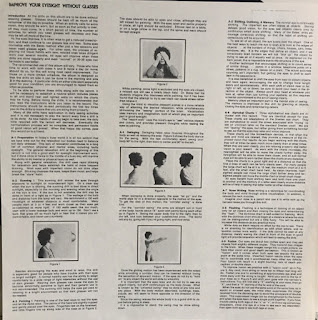 I'm sure there is fine print here that I didn't read, absolving them from lots of lawsuits from people who thought they could correct their vision with an LP.  Speaking of lawsuits, one clue about this record is that it was reissued, removing the "Without Glasses" part of the title:

I could go on and use the word "scam" a lot, but really, less is more here.  Take this record for what it is.  Each side is quite long (around 30 minutes), and something about trying to listen to it all at once fills me with rage, but maybe if you take it a side at a time, you might find it more entertaining. 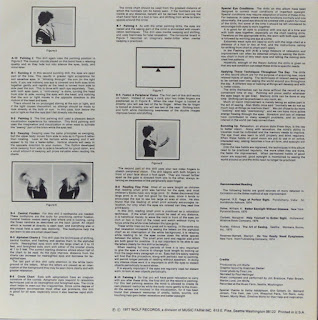 What it consists of is a smooth-voiced narrator, who has all the qualifications to be an excellent automated phone tree, intoning endlessly over what used to be called "elevator music" or "hotel lounge music" back when those were things.  The record includes several diagrams and eye charts, but don't worry, they will hardly be mentioned here; you can doodle on them.  Instead, the narrator will tell you to do lots of imagining things like bowling, lots of staring out the window, and lots of staring at the spaces between letters.  My old psychology professor would've referred to all of this as "navel gazing."
I left out how you are supposed to listen to this record every day.  Imagine that, as you try to get through it once.  Also imagine that some poor sap gave out some of their hard-earned money for it.  He can't remember how much he paid for it though...he can't read the receipt, because he threw his glasses away when he bought the album.
Just in the last few weeks, this blog has improved the very world itself:  We have posted LP's to make your plants grow, to improve your memory, and now this.  We should get a government grant for all of these services that we provide!
LINK:  Improve Your Eyesight Without Glasses
Posted by Sampoerna Quatrain at 09:36 No comments:

Chevrolet Sings Of Safe Driving And You (Columbia Special Products, 1965) 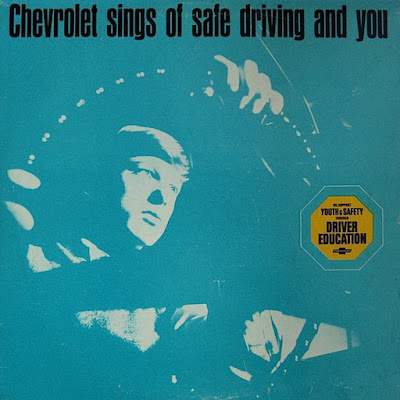 It becomes a pattern around here that I find a strange or unusual record, clean it up to post and perhaps make fun of, and then end up liking it, or realizing it's not really worthy of snarky comments.  Some of these records end up being useful (or even helpful) to people, or at the very least entertaining, and then I feel bad for skewering them.  The good news is, they've been preserved and shared.  No media should ever end up truly lost and gone forever (well, except for the film TITANIC; that needs to die).

So what we have here is a 12-inch record that contains 8 songs about driving, but the whole thing only adds up to a mere 17 minutes! This may have been purposeful, to keep the whole thing brief, as it's not exactly clear how this record was even distributed.  Schools? Driving instructors? Who knows.

Another interesting point about this record is that it came out in 1965, as "folk-rock" was becoming huge, but--from an adult perspective--what better way to reach 15 or 16 year old kids? We can laugh at McGruff the Crime Dog trying in vain to rap about crack and cocaine (and we really, really should), but the reason things like that are hilarious is that somebody is trying too hard to accomplish something that's dishonest to what they are even capable of, and it utterly fails.  The songs on this album, however, are competently written, played, and sung (one of the voices is Carly Simon, by the way). 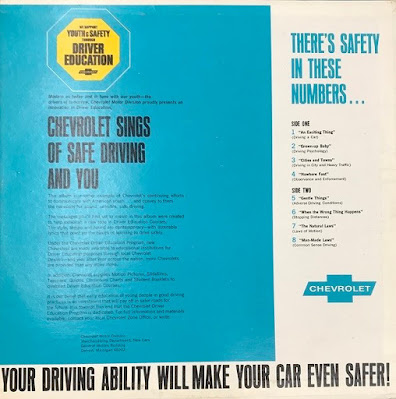 Now, what we can laugh at is the notion of singing about driving, which is a little bit like dancing about heart surgery.  To me, educational songs are most useful when they help you remember lists or facts and figures (Schoolhouse Rock being the most successful  example).  The songwriter here does try to pack in some useful information, but some of it ends up being spoken, which always comes across as a little awkward.  Also, we can look at the concept of this project from a junior high perspective, that of the recipient...where a stodgy, un-hip adult would hand you this LP, or maybe play it for the whole class.  If it was seen as a failed attempt to be cool, it of course would be universally ridiculed.

So, this post is nearly longer than the actual record, BUT, the short version is:  it's really not that bad, but you may get a laugh out of it.  I should point out that there is a version on YouTube, but it's quite skippy, and I went with my own work here, which sounds much better.  Enjoy!

LINK:  Chevrolet Sings Of Safe Driving And You

Posted by Sampoerna Quatrain at 08:59 No comments:

Labels: A Public Service, Vintage, Vintage Album Reviews
Newer Posts Older Posts Home
Subscribe to: Posts (Atom)
Snake and Boris welcome you to a mysterious old tavern called The Sphinx. Here we will discuss many interesting things. You will notice many signs on the wall. One says, "A splendid time is guaranteed for all," and another, "An acorn is just another nut in a beret."