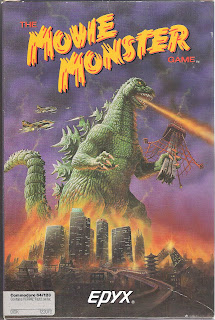 I actually thought I owned, and knew about, every video game featuring Godzilla that was released in America....I was wrong! I do own them all, now! 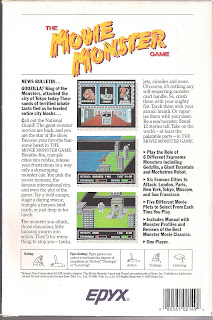 Enter Epyx's THE MOVIE MONSTER GAME, made for the Commodore 64 back in 1986.  This game was actually licensed, and even though the title broadens the plot a bit, you can tell by the glorious painting on the cover that Godzilla is the star.

Although the King of the Monsters is the headliner here, you could also choose from parodies of other monster-archetypes that Epyx included, such as "The Glog," which is basically a big blob, but with a face. There's even a giant wasp, decades before Megaguirus, and a joke of the Ghostbusters marshmallow man...or maybe the Michelin tires man, now that I think about it. 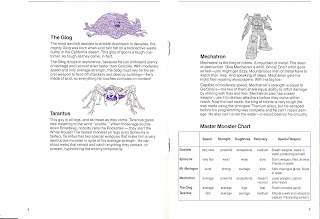 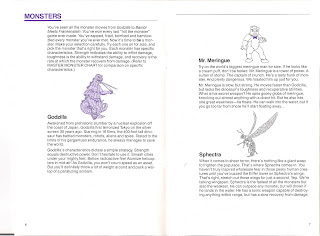 I remember Commodore 64 as something I would play at a friend's house--he had the set-up where you would have to upload games from a cassette tape before you could play anything.  As a child, I remember thinking my Atari was much more convenient!
Still though, I'm going to track down an emulator so I can play this game. Ah, floppy disks...I remember you well, but I don't miss you that much! 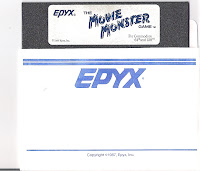 Posted by Sampoerna Quatrain at 08:33 No comments: