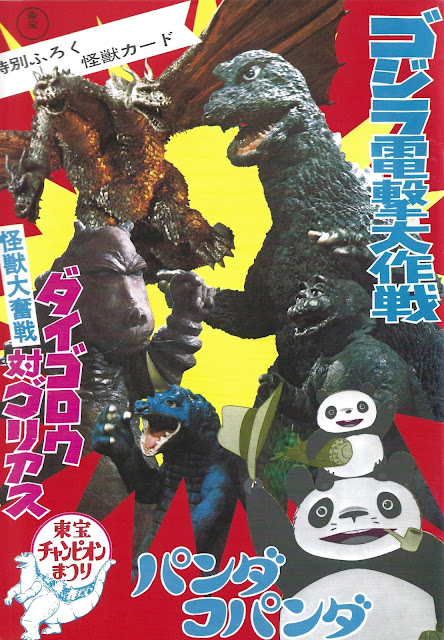 Have you have ever seen Godzilla posters that feature anime characters, or even Ultraman(s)...Ultramen? If so, then they are from Toho's Champion Festivals, which were held from 1969 to 1978.  At first, they were three times a year, and included marathons of different products (some that Toho only distributed rather than produced), along with a Godzilla film that was edited down to be more action and less talk!
In fact, these edits are the reason there was never a good copy of KING KONG vs. GODZILLA for years and years: some dolt did the edits on the master copy of the film.

By the end of their run, these festivals were down to once per year.  If you want the full story on them, and a list of content for most of the festivals, I direct you to this scholarly article on Toho Kingdom.

What we have here, then, is one of the souvenir books from the 1972 Winter festival, where the entertainment was DESTROY ALL MONSTERS (edited), the great PANDA! GO PANDA!, and the brand new DAIGORO vs. GOLIATH.  DAIGORO is something of a rarity in the West, in that it was never dubbed for distribution, and has remained unseen to a great part of fans.  It's an enjoyable kiddie film, all about a baby monster who has to face bullies and learn to potty train.  Yes, you read that correctly:  it's Japan.

I feel sure that this pristine book that I recently purchased is a replica, but all that means is that I have a better source to make these excellent scans! Below is the full DESTROY ALL MONSTERS section of the book: 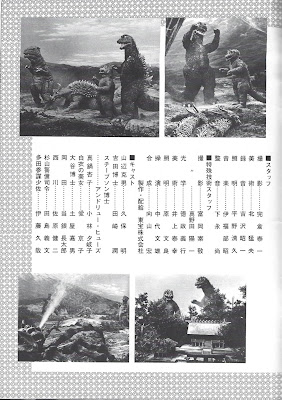 What's more, this book also includes a pull-out section with 24 one-sided monster cards! Here they are: 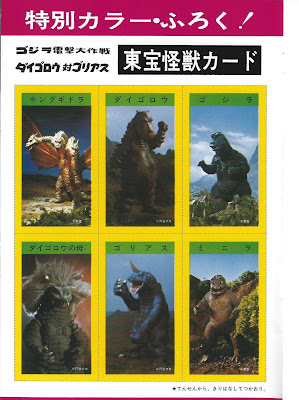 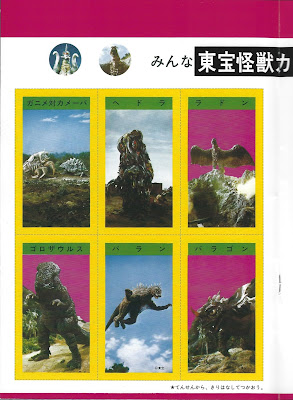 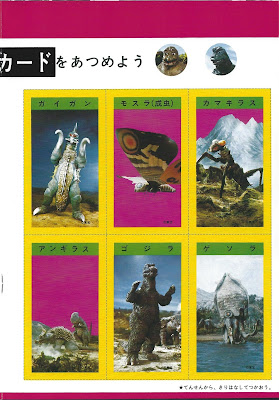 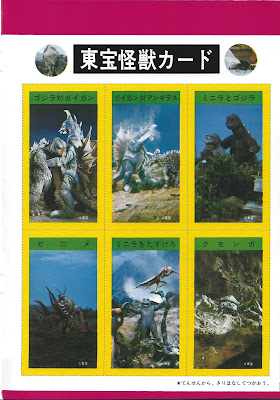 And finally, inside the back cover is a Coloring Page, which was sort of a tradition in these books: 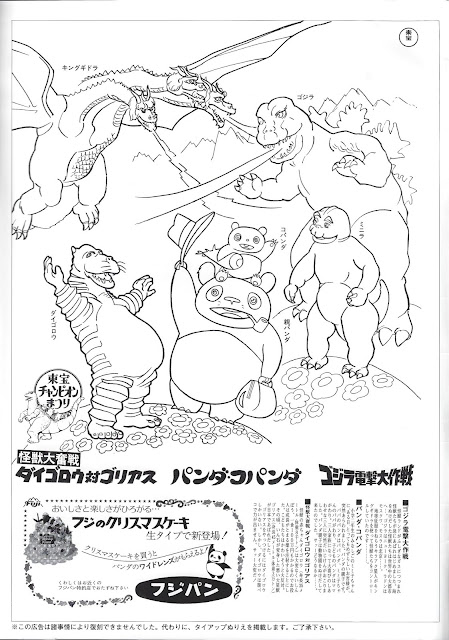 Print and color, or drop into your favorite art program and knock yourselves out!
Posted by Sampoerna Quatrain at 08:09 No comments:

Once your eyes have met this incredible sight, there's little more I can add, but I will try!  From the heyday of NES/SNES, here's what I see:

Bowser (that nobody even tried to disguise a little bit) is being swatted away by Godzilla (or maybe Gamera?), who has a prisoner in his mouth, which is covered with bars, which are serrated like housekeys.  The imprisoned man is yelling "HELP," while a policeman (anyone ever play MAPPY?) threatens the monster with his truncheon.

It's a lot to take in, really. 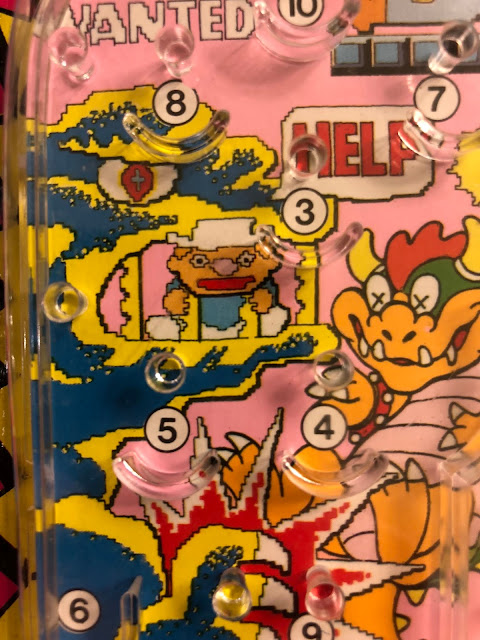 Posted by Sampoerna Quatrain at 07:21 No comments: