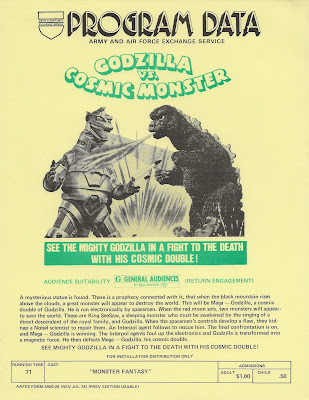 Here's another military flyer from the same time period as the last one we looked at, this time for GODZILLA vs. THE COSMIC MONSTER.  This time around, what's interesting is the description...it's a mess.

I've seen some wacky translation-related errors in my time, but I swear this description was dictated over the phone.  I mean, "King SeeSaw" is bad enough, but how in the world else do you end up with "Mega-Godzilla"?

Also, this is yet another description that basically spoils the movie for you! At least leave out the last line for the kiddies!
Posted by Sampoerna Quatrain at 18:31 1 comment: 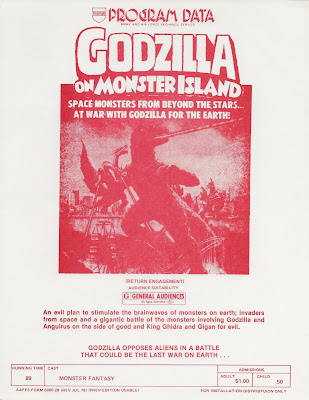 Here's a cool flyer for a "return engagement" of the American version of GODZILLA vs. GIGAN, from the Army and Air Force Exchange Service! It features a creative spelling of "Ghidra" and a kids' on-base admission cost of only 50 cents! Click for full-page scan!
Posted by Sampoerna Quatrain at 17:54 No comments:

Last week, I discovered a vintage American (and other countries) Godzilla collectible that I had no idea existed, and Hanna-Barbera Godzilla, no less.  In 1979, you could buy a sticker album that held "Collectors' Stamps" of about 200 HB characters.  Each TV show got at least a half-page in the album, and the stickers filled in missing spaces that completed a mural for each show.  (Of course, these sorts of albums have been around forever, and still are.)

Here is the section for the HB Godzilla cartoon: 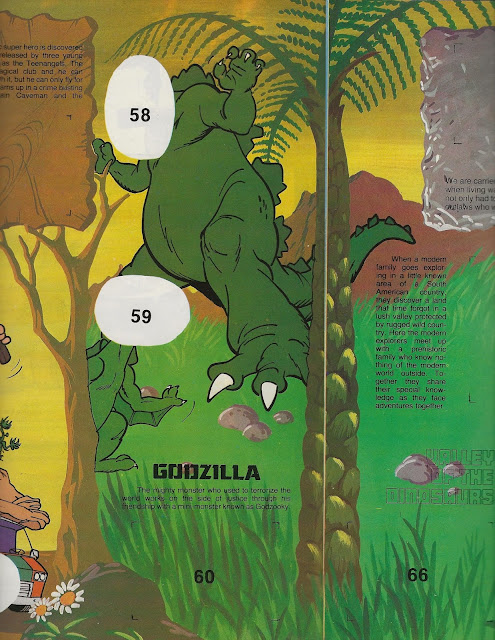 As you can see, they don't give him much text...here are the 3 stickers ("stamps") that belong in his section (#58-60).  The stamps themselves are smaller than a trading card, and I would think they were sold in packs, but I haven't found any photos of a wrapper in my research. 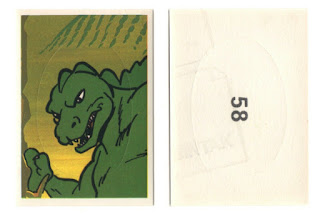 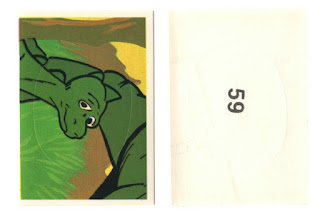 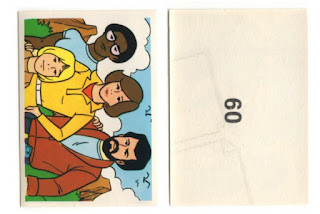 And now, brace yourselves...through the miracle of modern digital technology, scientists have been able to use computers to reconstruct what this completed page would have looked like.  As far as we know, no experiment of this type has ever been conducted before: 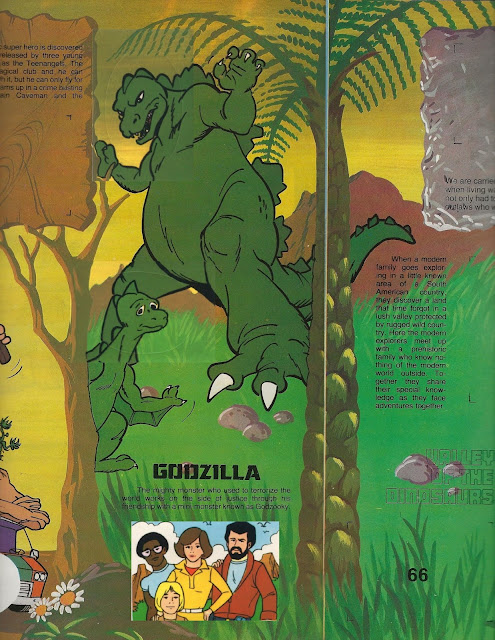 Posted by Sampoerna Quatrain at 11:22 2 comments: