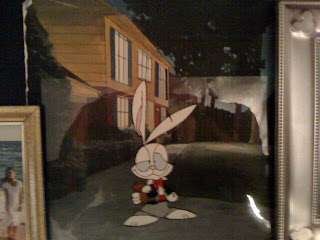 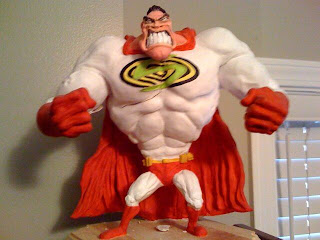 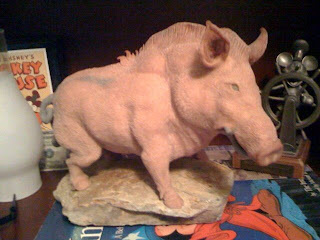 I have been meaning to post the rest of the photos I took of Chris' art (see Steampunk Fish Sculpture below), including Snake and Boris' favorite super hero, Spazoman!
Posted by Sampoerna Quatrain at 20:05 No comments:

Signed By The King! 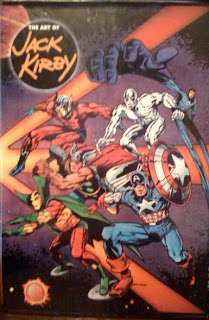 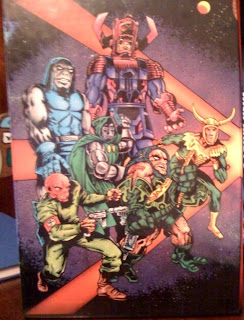 Went to a comic convention Saturday, and on the second time passing a large, hardcover book in a slipcover box, I asked the extremely nice guys at the table exactly what it was. When they told me, my jaw dropped, and so did $100. This is an extremely amazing book from 1992 called THE ART OF JACK KIRBY, limited to an edition of 1,000 and published by The Blue Rose Press. Not only did Kirby do special artwork for the box (just look, Orion and Captain America together! Darkseid and Doom! Gasp!), but on the endpages is a lithograph hand-numbered....followed by a rice paper page....wait for it.....SIGNED BY JACK KIRBY! Words cannot express my joy. 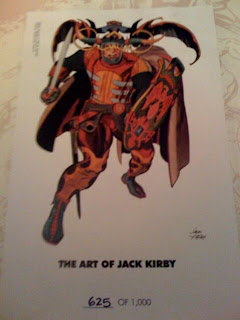 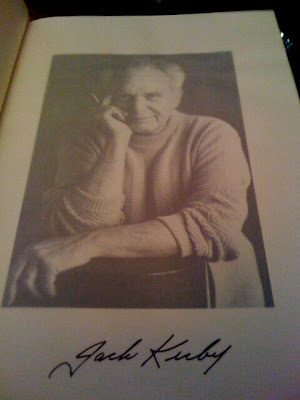 Posted by Sampoerna Quatrain at 15:56 No comments:

Unauthorized And Yet Quite Funny 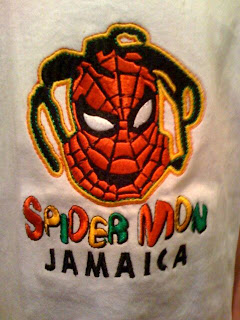 File under: B**tleg items of Jamaica. I picked this up on my aforementioned Caribbean Cruise, because it cracked me up.
Posted by Sampoerna Quatrain at 16:54 No comments:

Anybody see the news story over the weekend about the discovery of the world's smallest species of snake? It was found on Barbados, and is literally the size of a piece of spaghetti. Just check out the picture! Amazing. 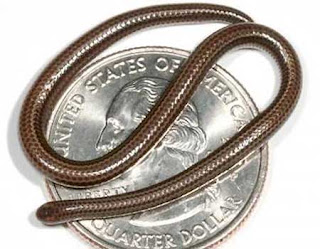 Posted by Sampoerna Quatrain at 20:51 No comments:

I Saw "Destino" In the Middle of the Ocean! 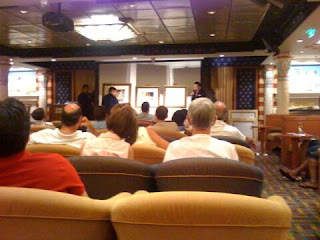 So there I was, on a cruise ship going 'round the Caribbean, when suddenly, quite out of the blue, I got the chance to attend a screening of the unreleased-and-abandoned-but-later-finished collaboration between Walt Disney and Salvador Dali, "Destino"! You just never know.


I talked to one of the Art guys, and here's the lowdown on the film. The auctioneers on the cruise line have a relationship with Disney, as well as the Dali estate, and, as they were going to be auctioning a set of 7 lithographs of Dali's storyboard artwork, they arranged a screening of the film. I asked the guy what the release plans were, since I had read different things, and he told me that Disney now plans to add it to their next feature release as a short, thus getting it into theaters...as well as a home video release. So, you may have to pay to attend a (possibly) middleweight Disney CGI feature in order to see it on the big screen, but I can tell you it's worth it. I enjoyed it immensely, and could've watched a whole feature's worth. It was funny, but it was definitely more "Dali" than "Disney," and that was a great thing. The story goes that Disney met Dali at a cocktail party at Jack Warner's house, and approached him about collaborating. an ecstatic Dali actually punched a clock at Disney for SEVEN MONTHS, working 9 to 5 on the project...only for it to be abandoned incomplete. By the way, if you are interested in obtaining a set of the 7 storyboard lithos, they are only $11,000. And, my attempt at photographing them failed miserably.


There were a few neat collectible cels at the auction (but they didn't come up for auction, or else I would have bid!), including some signed by both William Hanna and Joe Barbera, and two neat Fleischer cels, both signed by animator Myron Waldman (which would've looked GREAT on my wall!) 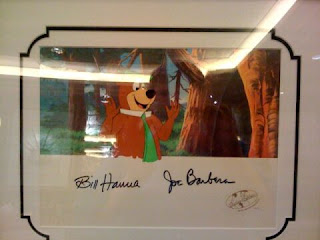 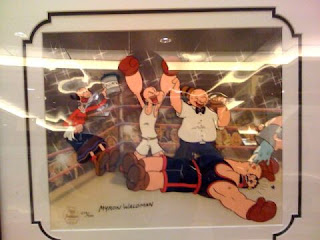 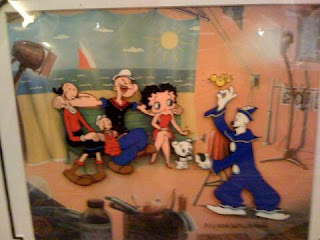 Labels: Animation
Newer Posts Older Posts Home
Subscribe to: Posts (Atom)
Snake and Boris welcome you to a mysterious old tavern called The Sphinx. Here we will discuss many interesting things. You will notice many signs on the wall. One says, "A splendid time is guaranteed for all," and another, "An acorn is just another nut in a beret."