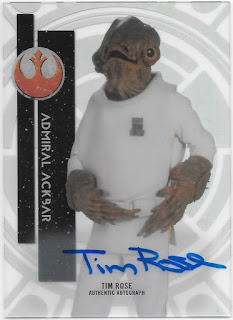 This is a bonus card from a Topps Star Wars card set that slipped by me in 2015, called "Hi Tek," which were clear trading cards made of plastic.  A Christmas present that I bought for my own self.
Posted by Sampoerna Quatrain at 07:03 No comments:

Here's an interesting antique toy I recently ran across.  Interesting, if you can get past the "striking" artwork on the front, which may or may not have been started by one artist, and completed by a second one... 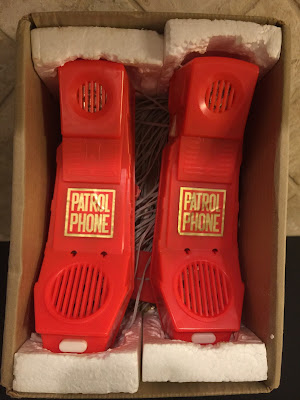 These "Patrol Phones" aren't really even walkie-talkies at all, but really just a primitive electronic version of two tin cans and a string.  Included is "45 Feet of Cord" as the box tells you, which is permanently connected to the battery cover of each phone: 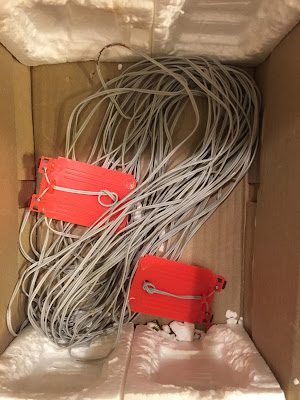 Can you imagine a child's toy today coming with 45 feet of anything? I know there are strict rules now on string or cord lengths--given in INCHES--because of choking hazards...but this toy had enough to lasso a steer with. 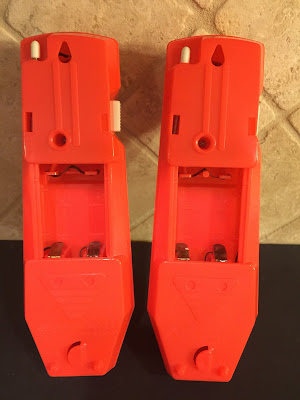 Note the "antennae" in the upper left of each phone.  As an added feature, to provide some sort of authentic feel to the toy, the antennae, which were made of tightly-coiled springs, were to be extended during use: 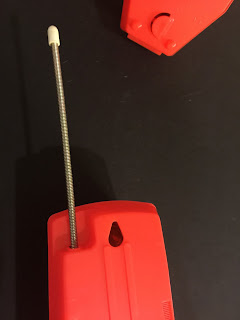 But, in actuality, they did absolutely nothing.
The toys were produced by a Japanese company, which shouldn't be a surprise, and I'm sure were a catalog item for Sears stores.  Here is the side panel of the box, providing some instructions for use:

Note that you have to depress the side button to speak to someone, which is useful, so your friend will not accidentally hear you berating him, or putting the moves on his girlfriend, from the other side of your fort or treehouse.  Also, even though there is a "call" button, you have to push both it AND the "talk" button to call somebody.  I'd be interested to know what sound that made, but I have no "C" batteries at home, and it's too big an investment to buy some just for that reason...who keeps "C" batteries at home anyway?

It just occurred to me that this toy is identical in function to early office intercom systems that I saw as a kid in the 70's...I remember they were sold at Radio Shack stores (made by Tandy usually, of course), and were exactly the same thing, just not shaped like a phone.  You even ran the same cord between the offices to talk to somebody.  How times have changed.
Finally, let's look at the other artwork on the box, which shows the actual, best use for this toy:  as a tripwire.

"Tommy #1, Calling Tommy #2!  Come in, Tommy #2! Over!"
"Cut that crap out, Tommy.  I'm right over here...I can see you.  I can hear you yelling, louder than I can hear you in this stupid toy phone."
"Tommy #2, our trap has been successful...we have apprehended two enemy kids, uh, agents, and...they were both riding unicycles, which makes no sense! Over!"
"Quit saying over, or I will make you smell my Bermuda shorts again, you dork! Hurry up and start tying them up with your overly-long cord, but act natural until this kid walking a small brown calf passes by...then, I'll get their lunch money."
Posted by Sampoerna Quatrain at 09:09 No comments: 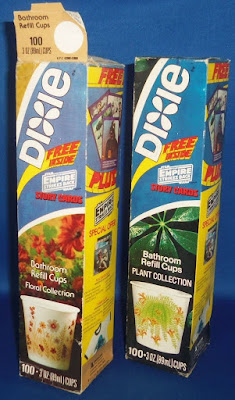 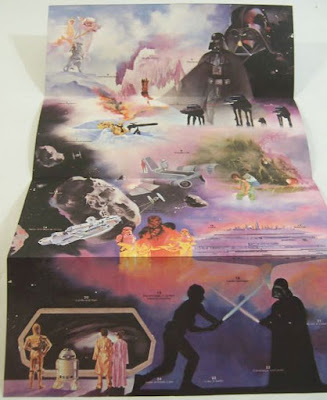 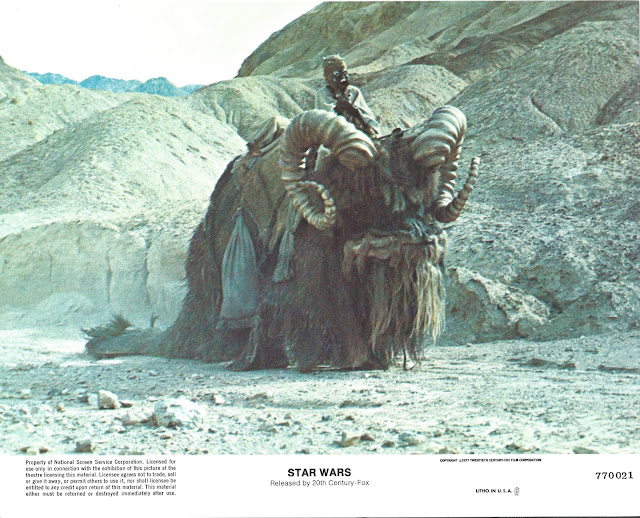 I was mildly surprised to purchase a lobby card from the original STAR WARS--which would have been 11 x 14 inches--and have it arrive as a color still, which is 8 x 10 inches! But, as it's in fantastic shape, with no pinholes or tape even, it's still a smashing success!

And it's a great shot of stuntman Peter Diamond (as the Tusken Raider) and the beloved-to-The-Sphinx hero Mardji the elephant (as the Bantha) in the desert of California! Enjoy!
Posted by Sampoerna Quatrain at 08:31 1 comment: 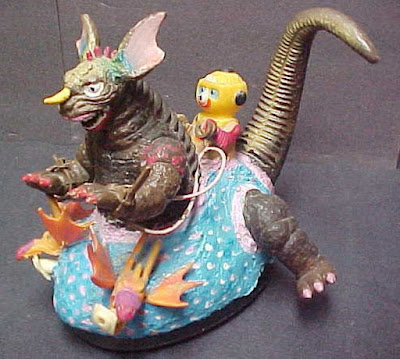 Sometimes you see something, and you just have to save the photo, to prove to yourself that you really saw it.  This above....thing...appears to be made out of a legitimate Baragon figure, but then my brain loses all track of what's going on. 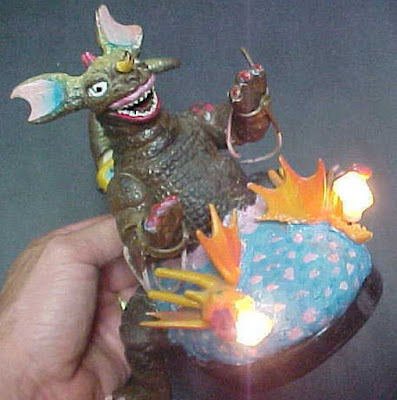 Note that Baragon's nails are painted, and his lips are...lipsticked...and that the whole thing looks like a prop that would decorate Pee-Wee's Playhouse. 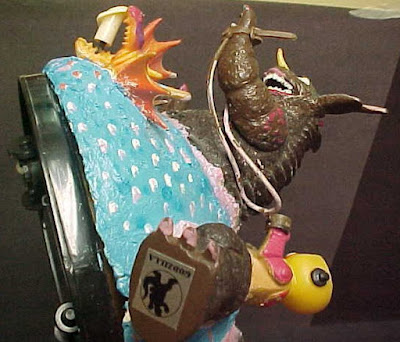 I would call it "nightmare fuel" if not for the presence of Baragon, but then again...and the punchline is, this thing SOLD.  If I remember correctly, it went for around 40 bucks. 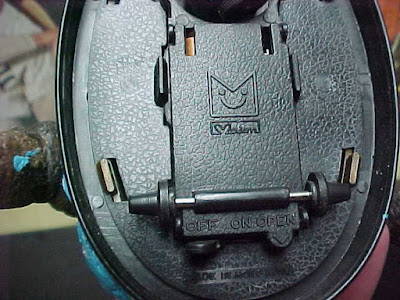 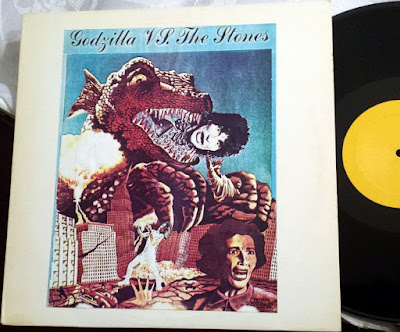 This bootleg LP sold last week...and, it's apparently so rare that it doesn't have a discogs listing.  Silly bootleggers, they don't know their Gorgos from their Godzillas.  Make a mental note though, if you see one of these in your local thrift stores, buy it.  It sold for over $150! Like I'd leave THAT on the rack and walk away, anyhow.

Posted by Sampoerna Quatrain at 09:18 No comments: