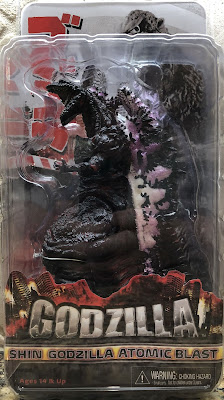 It's been a long while since there has been a new NECA Godzilla figure, but this year's Toy Fair (or was it ComicCon? Does it matter? There's one every other week now) showed that there would be two in the near future, the second of which is much more interesting than this one:  KING KONG vs GODZILLA 1962 G! 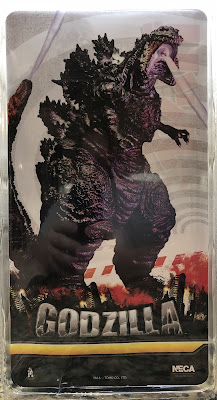 I'm not anti-SHIN.  I was completely in the middle about the film; it was enjoyable--at its best interesting, at its worst, talky and stilted--but I'm not entirely sure it merits two action figures.  I haven't compared, but I'm assuming most of the sculpt has been re-used here.  There are two beams packed behind the figure, looking like a complimentary pair of chopsticks: one for his mouth, and the other for his tail (if you just did a double-take, then you haven't seen the film, apparently).  Since mine isn't open, here is a better look at what you get:

My main problem with this figure was the bizarre way that it was offered.  Here is the course of events:
1) Two new Godzilla figures are revealed at some convention somewhere.
2) Soon after that, the 1962 Godzilla is available for pre-order (which I quickly did).
3) About a month ago, news hit some major toy sites that NECA had released the "Shin Godzilla Atomic Blast" figure, and that there were two ways to get it.  Either you could order it directly from their "NECA Ebay Store," or from Amazon (where the shipping was lumped into the price, if you were a Prime member...which is supposed to be the whole point of being a Prime member).

Now, they never said explicitly that these two ways were the only choices, but they sure acted like it, and the way the chain of events played out made it look that way (no pre-orders).  With TRU gone, it definitely made me think this was the distribution plan for a figure whose sales would probably be brisk at best.

I say all that to tell you, I was extremely surprised to see this figure at Target on Friday night!  I knew they were carrying NECA products (also because of the TRU thing), but certainly not this one.  He will probably end up on clearance, but to be honest, I didn't want to pay the $11 shipping for this weighty figure, so I picked him up. Also, I have read several reviews mentioning terrible paint problems, so that's another vote for buying in person.
Posted by Sampoerna Quatrain at 09:21 No comments:

The Things That I See (Continued)

Also from the same thrift store:

Have you seen the new LEGO "Betrayal at Cloud City"?
I did some cheesy photoshops to a couple of scenes:


Finally, from a trip to Canada I took last month: Firstly, Canada has candy that we don't have here, at least not in quite the same form... 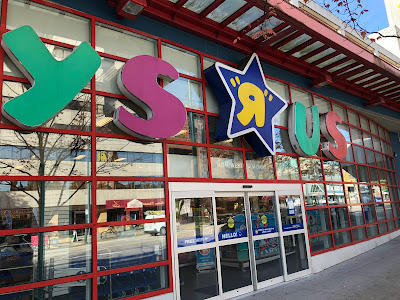 Secondly, Canada still has Toys R Us, which I made a point to take a taxi, just to be reunited with!

Thirdly, Canada made sure that I did NOT drink any toilet water, the whole time I was there!

BONUS: Did you hear Pepsi has a new Michael Jackson can, that
commemorates his famous TV commercial? 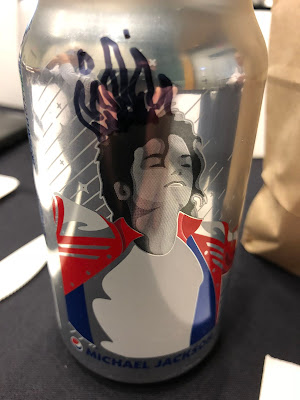 I thought that was nice!
Posted by Sampoerna Quatrain at 08:23 No comments: