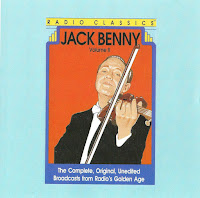 I seldom run across these sort of CD's, amongst all the gospel, Christmas music, and out-of-fashion pop music that gluts the shelves of thrift stores.  But when I do, it's always worth it.  Here are two very entertaining episodes of Jack Benny's 1950 radio show.  The first one includes cameos by Frank Sinatra, Rosalind Russell, and Gene Kelly.  The second stars none other than Jimmy Stewart. Enjoy! 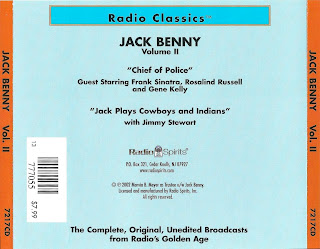 I was doing some reading last weekend, and ran into this panel, which is from PETER PARKER, THE SPECTACULAR SPIDER-MAN #2...I immediately thought of the "lost" bumpers from the NBC prime-time airing of GODZILLA vs. MEGALON, which, as every Godzilla fan has heard, featured host bumpers by John Belushi, wearing a Godzilla suit.  (I use the term "lost" because, apparently, recordings of this one-hour airing have never surfaced, and if someone has them, they aren't sharing.)


The weird thing is, though, the cover of that comic is dated JANUARY 1977.  That got me thinking, which is always perilous at best.  I did some digging, and read lots of the various kaiju and monster forums...which reminded me why I don't read various kaiju and monster forums anymore.  Lots of bloviating and know-it-all-ing--not to mention arguing--by some of the same people who are still around today.  Anyhow, somebody had attached a scan of a TV GUIDE issue from 1977, which unfortunately had long since disappeared.  That led me to a listing at this website, which reproduces TV schedules for the entire decade of the 1970's.   It says that the special in question aired on Tuesday, March 15, 1977 (simultaneously to the debut of both EIGHT IS ENOUGH and THREE'S COMPANY on ABC, interestingly enough).  With the air date finally nailed down, I remembered the discrepancy in comic book cover dates.  Here is what Wikipedia says (from this article):


"The general practice of most mainstream comic book companies since the creation of the comic book in the 1930s was to date individual issues by putting the name of a month (and much later the year as well) on the cover which was generally two months after the release date. For example, a 1951 issue of Superman which had the cover date of July would have been published two months earlier from that date in the month of May, generally speaking. In 1973 the discrepancy between the cover date and the publishing date went from two months to three months."


That certainly muddies the water quite a bit, meaning that the issue was published in the fall of 1976, which means it wasn't a reference to the Belushi broadcast at all, but to exactly what the woman in the panel says:  a movie promotion.  The marketing push for GODZILLA vs. MEGALON was very big, and was actually quite successful (you can see the Cinema Shares pressbook in this post.)  IMDB says that the film was released in the USA in April of 1976 (before the days of summer "blockbusters.")  With everything else that Cinema Shares was doing, and encouraging theater personnel to do to promote the film, they also apparently must have done some costumed publicity appearances.  (If I had access to newspaper archives, I would love to find a photo of one of those.)  So, that explains that. 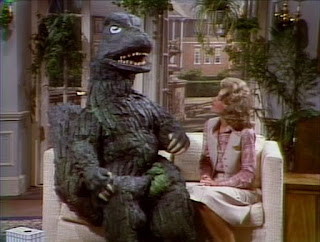 Incidentally, the Godzilla suit used in the Belushi host segments was reportedly made by Robert Short, and used in the movie HOLLYWOOD BOULEVARD (1976).  It was also used in Saturday Night Live, the very same week of the MEGALON broadcast, on the March 19, 1977 episode, in a skit where Godzilla (again, Belushi) is interviewed by Gilda Radner's Barbara Walters character.  I had also remembered an additional Godzilla appearance from a later show, in a skit that was a fake promo for KRAMER vs. GODZILLA (February 16, 1980), but that was an entirely different (and lesser) suit, just in case anyone was wondering, like I was. 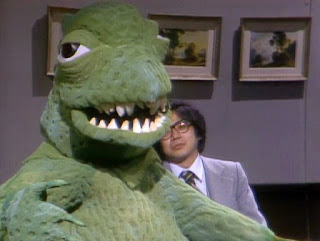 Posted by Sampoerna Quatrain at 08:37 2 comments:

We haven't done one of these in a while, and I still see things, so here are a few: 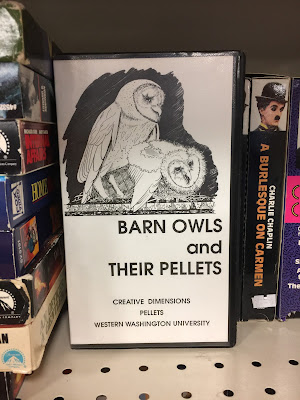 Seen recently at a Goodwill, right between 12 copies of HOME ALONE and 40 copies of the 1998 American GODZILLA.  I don't know what to make of this.  Surely it must be, uh, educational, but it's lost on me.  The cover art isn't helping, either....I mean, somebody got paid to work on this. Probably.  Everyone has to eat, but this doesn't strike me as something you put atop your resume.  Of course, when I returned to that particular Goodwill, this tape was long gone! So we will never know. 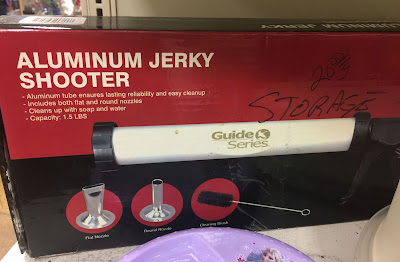 I am also stumped at this one...what does it do? What is it for? "It shoots aluminum jerky, silly!" is the answer I keep getting when I ask people. 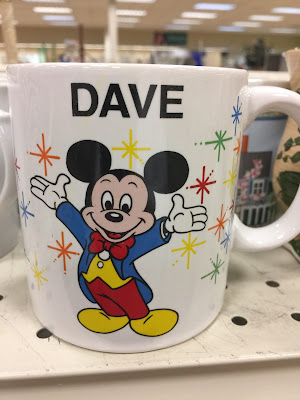 Now, this one is just dumb.  We all know that his name is Mickey! I am calling obvious bootleg on this one.

It has recently come to my attention, in opening my gas bill, that my gas company has adopted a "mascot" who is nothing more than an open flame.  Is this really a good idea? Yes, I hear you cry, there is such a thing as a "pilot light," but how many random people that you run into on the street even know what that refers to? Therefore, when I paid my last bill, I submitted my own humble idea to them: 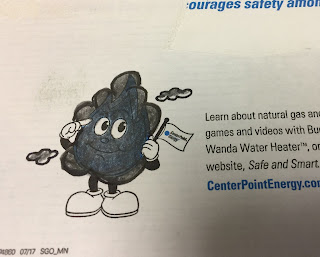 "Gassy" makes much more sense, if our goal is to anthropomorphize natural gas, don't you think? Meaning, "Gassy" is much less likely to get people blown up.
So far, no response from the gas company regarding my suggestion.  And, the gas at my house is still on, so...so far, so good.
Posted by Sampoerna Quatrain at 06:59 6 comments:

Labels: A Public Service, FAIL
Newer Posts Older Posts Home
Subscribe to: Posts (Atom)
Snake and Boris welcome you to a mysterious old tavern called The Sphinx. Here we will discuss many interesting things. You will notice many signs on the wall. One says, "A splendid time is guaranteed for all," and another, "An acorn is just another nut in a beret."