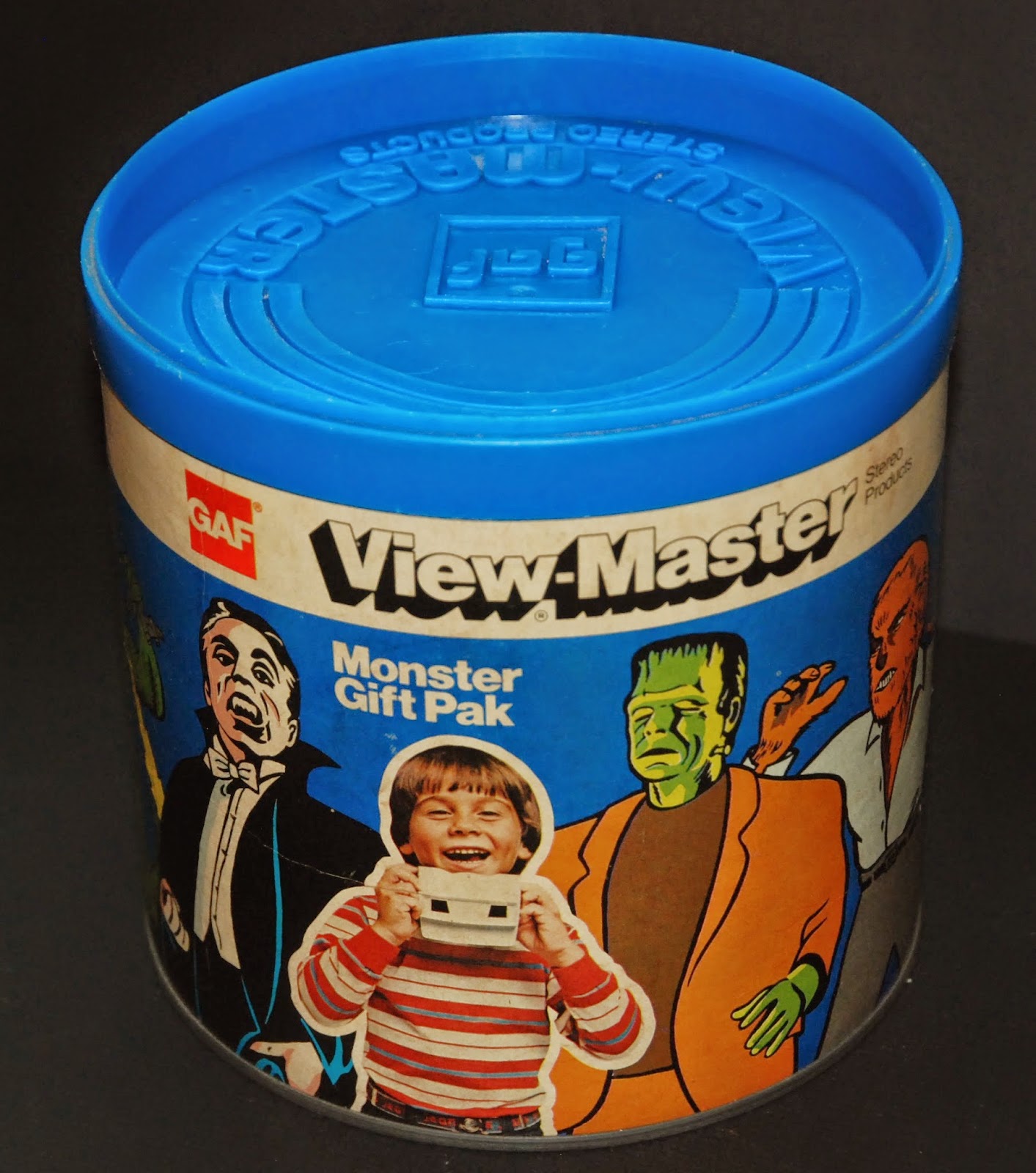 Well, we all knew it would happen, at least I sure did...but I finally scored one of the elusive MONSTER GIFT PAKs made by View-Master in 1978. 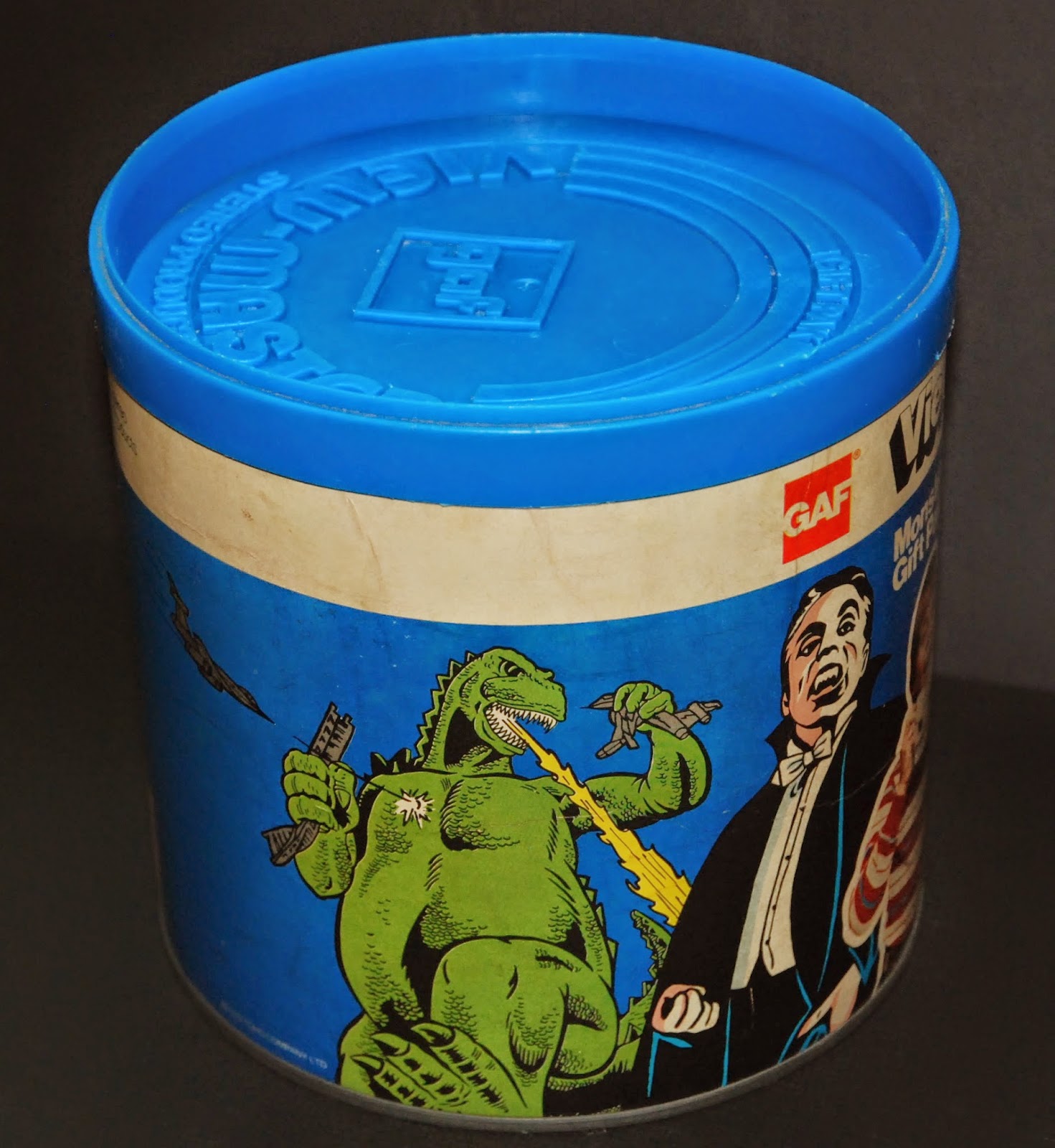 There were several themed gift "paks" offered by View-Master in the late 70's, and it gave kids a good jumping-off point into the world of 3D viewing, as well as handy storage for loose reels that tended to pile up. 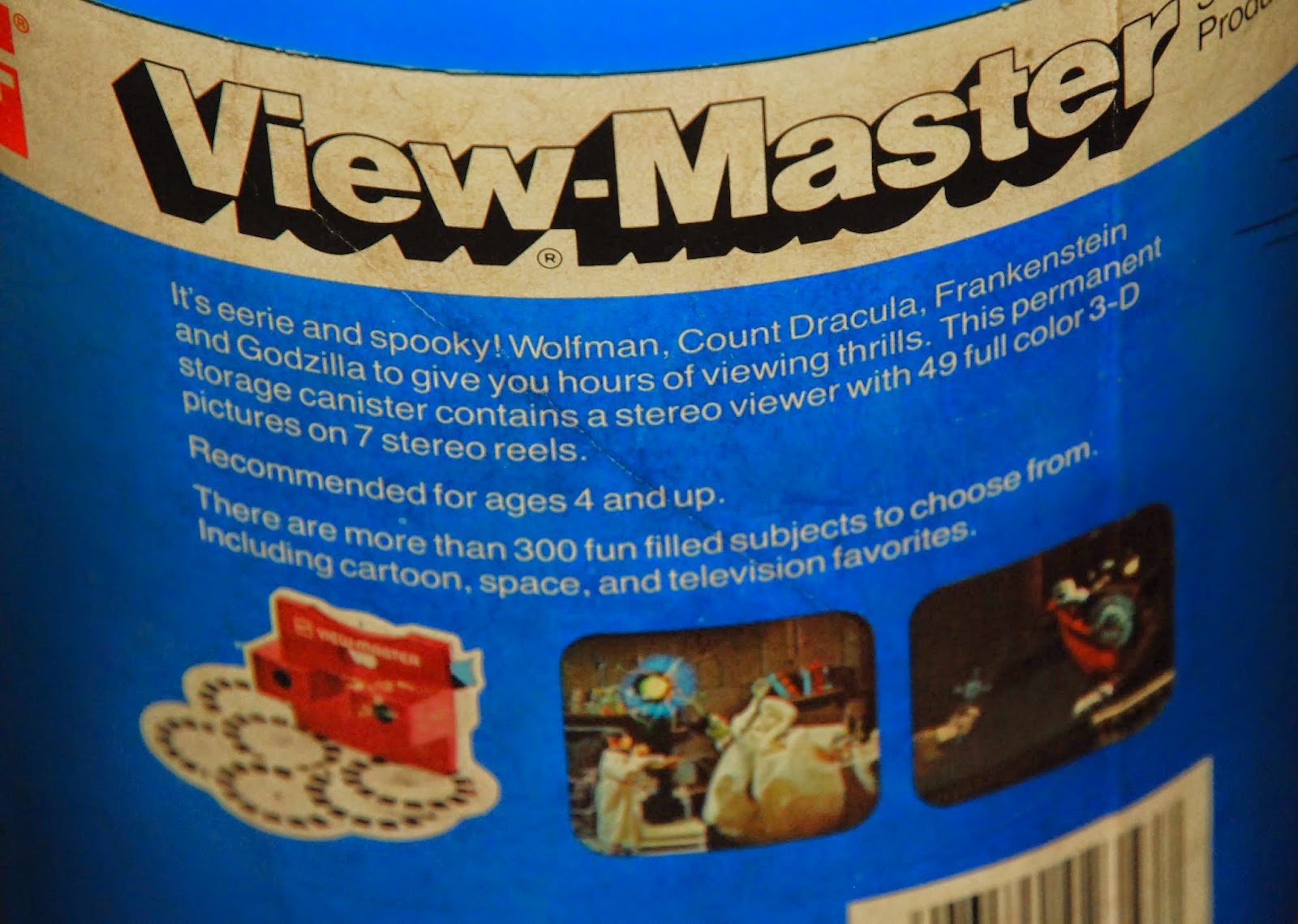 I was surprised that the canister was the size of a large coffee can, because I had seen auctions that included more than one View-Master viewer (turns out it came with just one).  So this left plenty of room inside the can for storage. 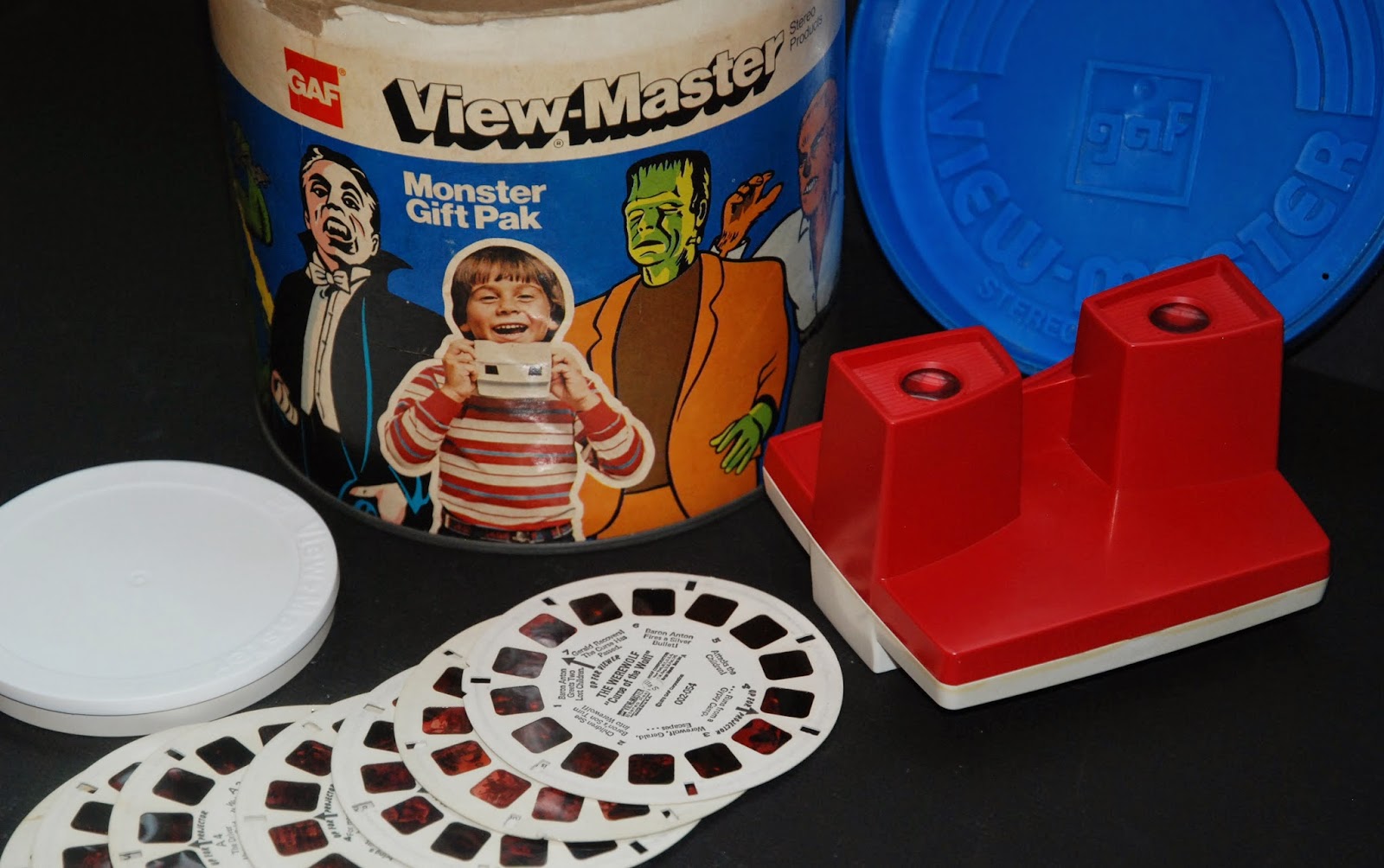 Included is a viewer, as well as a useful plastic box containing seven reels of Dracula, the Wolf Man, Frankenstein ('s  Monster), and Godzilla.  The only drawback, as I've mentioned before, is that only one reel from the "Godzilla's Rampage" set is included, so you'd still have to seek out that set to see the entire story.
I believe this completes my Godzilla View-Master collection.  Up next is an earlier version of something we've already looked at!
Posted by Sampoerna Quatrain at 08:13

My mother bought me this set when it originally came out. I still have it today.