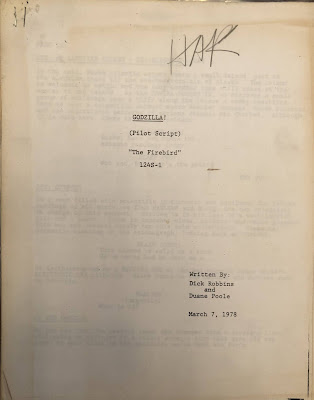 Here is something I picked up in months past.  This is a production-used script for the first episode of the Hanna-Barbera GODZILLA animated series, which was called "The Firebird."  It's dated March 7, 1978 and runs 52 pages.  My original intent was to scan it, but when I unpacked it, I realized I didn't want to undo the way it was stapled together...so instead, I took some photos of some key pages to share, so that you can get a look behind the process of what animation used to be like.  Note that the front of the script bears letters "HAK" written in pencil, which I believe is a someone's initials who was associated with the show.  If you know who, please chime in! 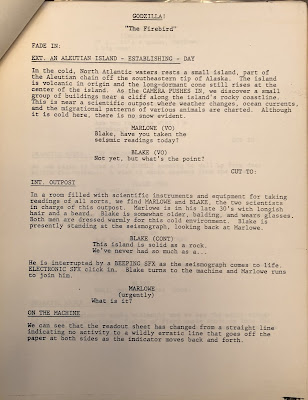 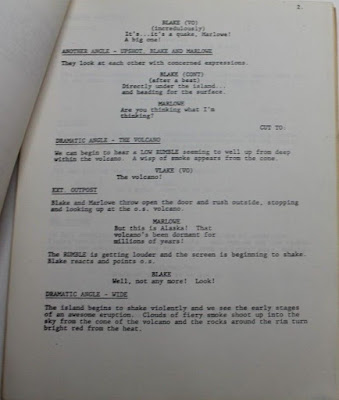 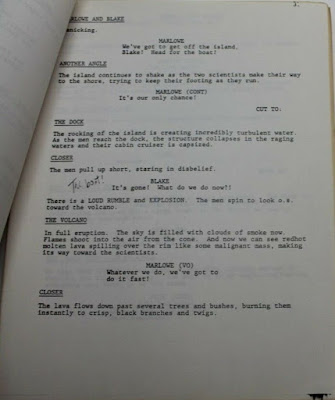 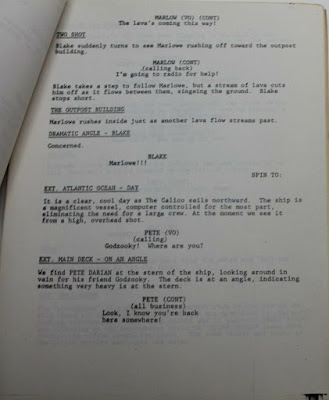 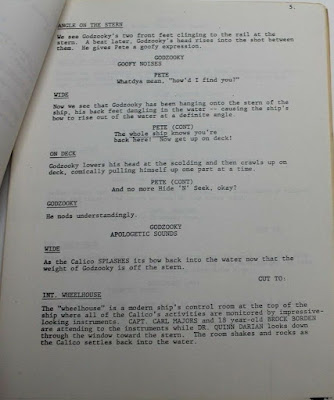 The next few pages include an action-packed battle between Godzilla and the monster of the title: 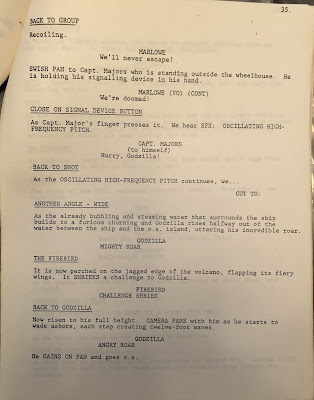 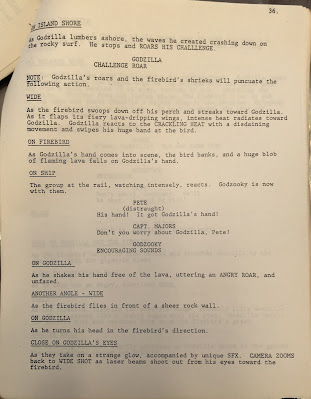 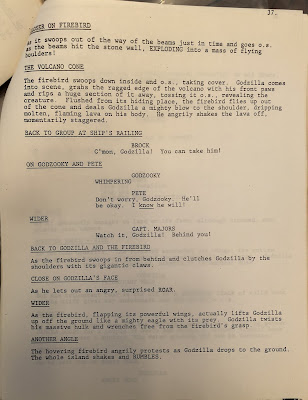 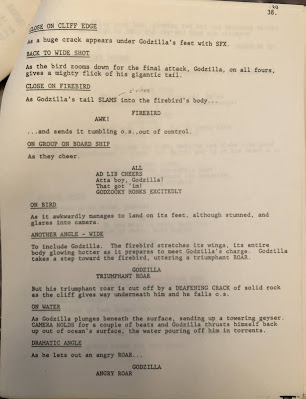 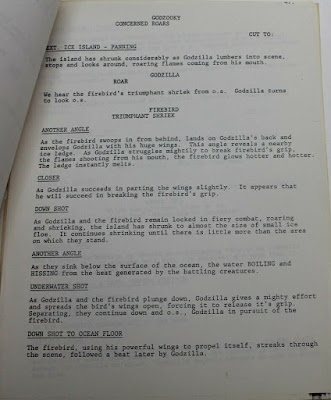 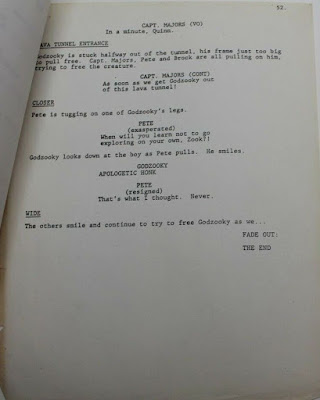 Posted by Sampoerna Quatrain at 13:06

It's interesting seeing what was planned versus the final product. But I guess Godzooky moments were always on their need-to-include list.
["defeated honk"]
Thanks for sharing more of the cartoon, be it the rare books or notes from the animation.

You got it--I'm so glad it's being enjoyed. If only we could get an official release of the second season. I'd say it's high time for a blu-ray of the whole series, at this point.