The fourth figure in mighty NECA's Godzilla series has finally arrived, with promises of NES Godzilla and 1954 Godzilla behind it.  Here's a brief review of the new figure. 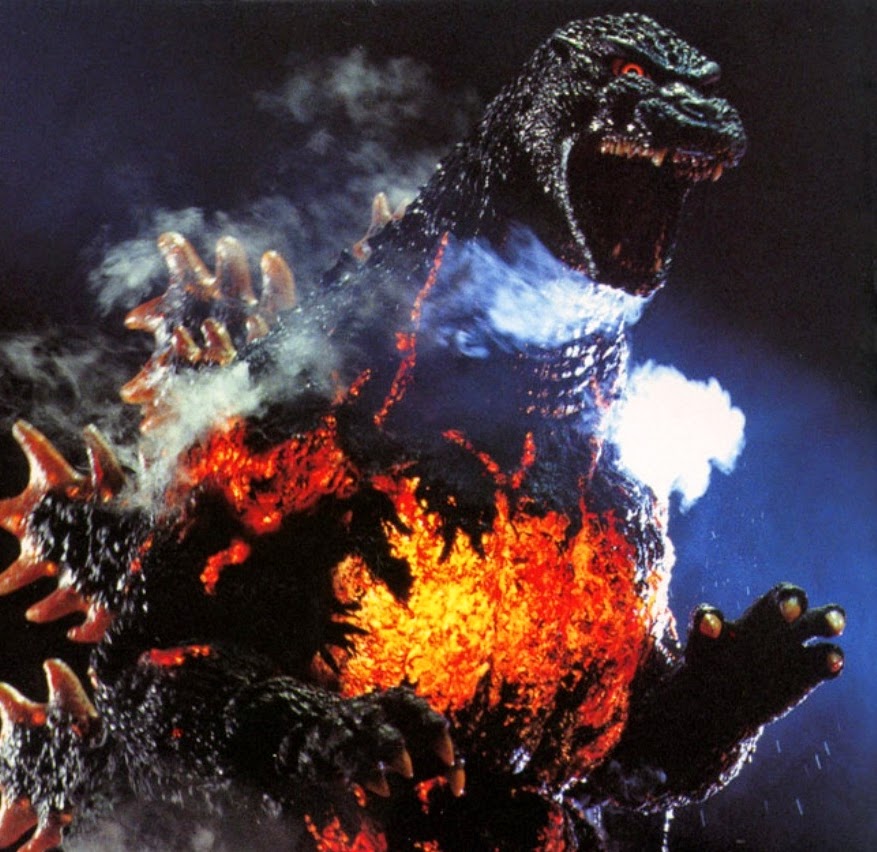 The 1995 "DesuGoji" design harkens back to the "death" of Godzilla (goodness, has it been 20 years, really??) at the hands of Destoroyah.  I'm sure there are some technical differences to the 1994 suit, but it's close enough that many producers of Godzilla items have just issued a straight "repaint," and BOOM, new figure for the line.  But did NECA just do that? 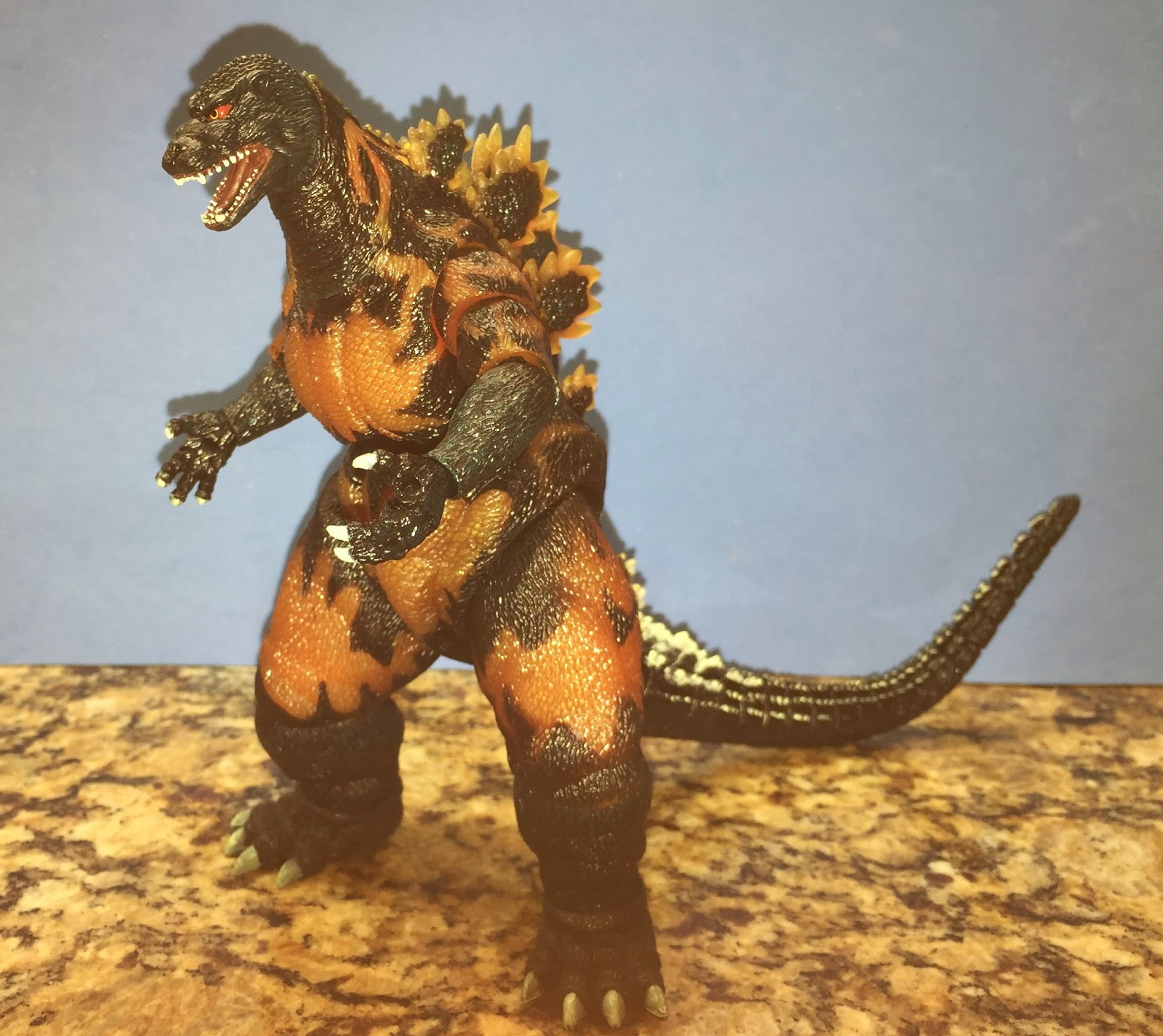 Well, yes and no.  It's not a straight "repaint" in the sense that the burning parts of the figure are done with simple paint (like the American Bandai vinyl, for example).  Instead, it would be considered more of a "remold," because the body is actually made of the translucent orange, with the black painted over it, in most areas.  This doesn't come across in simple photos, but it is a superior look to the lazy way. 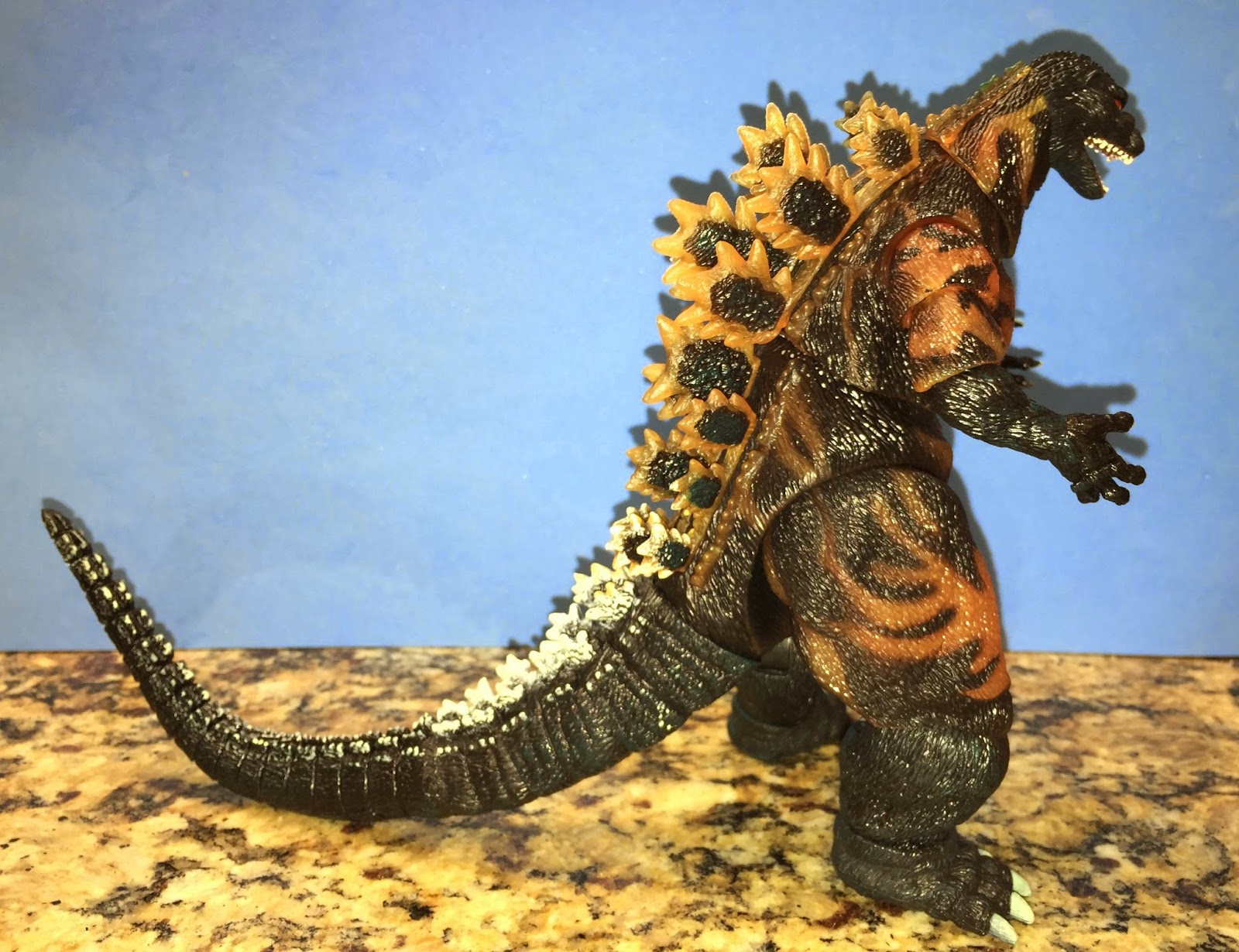 That said, it brings up the only complaint I can think of, and that is that an LED inside of the chest would knock this figure out of the park...but, I realize that NECA is trying to keep this line down to $20, so I really can't complain too much. 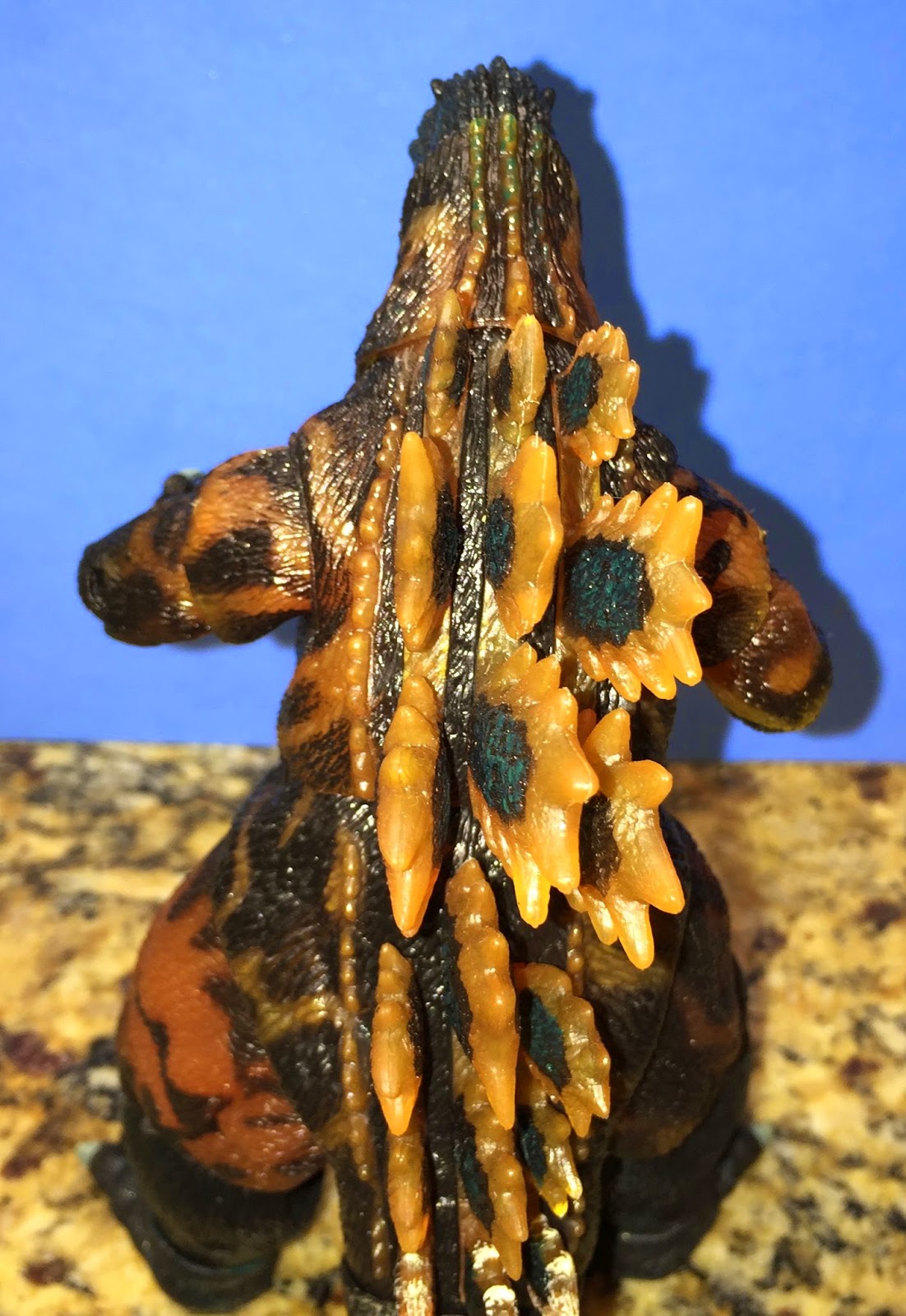 So basically, the body really is the same as the 1994.  I thought at one point that there was a difference in the heads, namely the ears, but it was a trick of the light and my failing eyes.  The pictures tell a different story:

And then, at one point, I thought the 1995 Godzilla was taller, but my 1994 was just slumping (as in this next photo), and once again I was wrong. 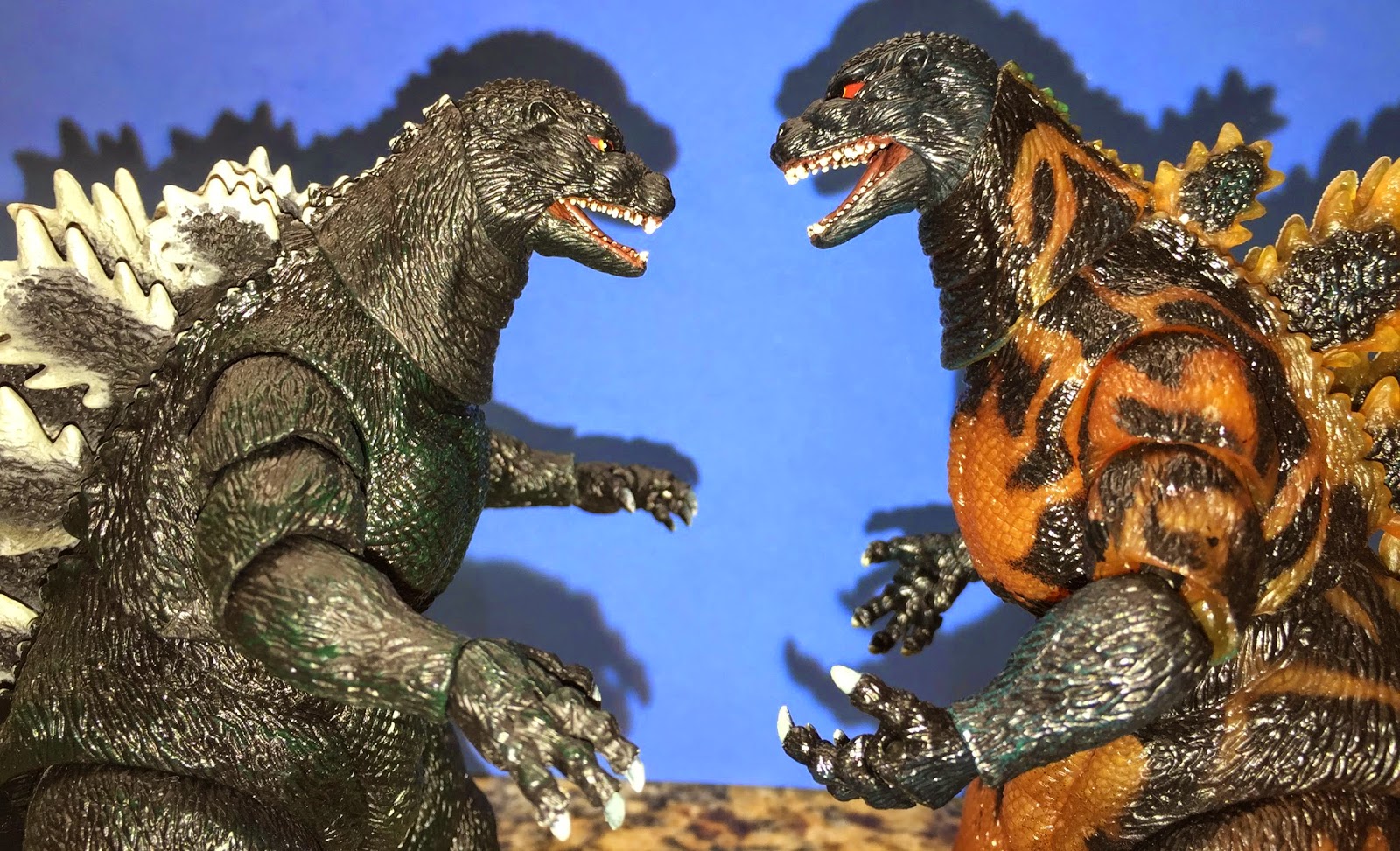 Where was I going with that? Oh yes, therefore, the articulation is exactly the same, but that means "fantastic" when it comes to this series.  I mean, consider that the 4" Marvel Universe figures are REMOVING points of articulation, while prices continue to climb, and it will make you appreciate this series all the more. 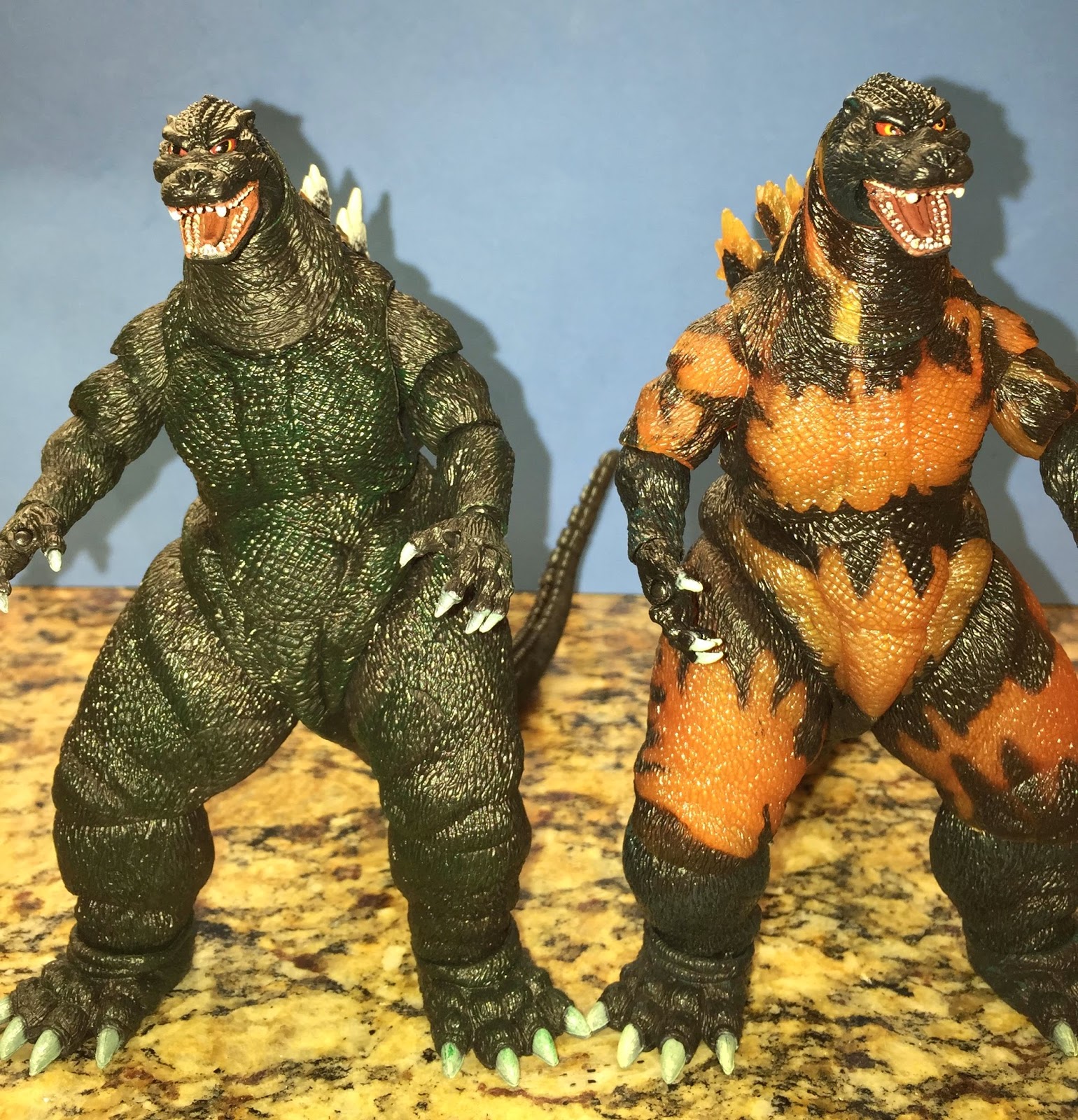 I've grown to like "Burning" Godzilla over the years...I think my major hang-up was that Toho was actually going to kill him, and that it took Destoroyah to do it, but I've come to accept that burning up--specifically, not being able to contain his own radiation any longer--is a pretty genius concept.  Plus, as I said before, I am going to support this line religiously! 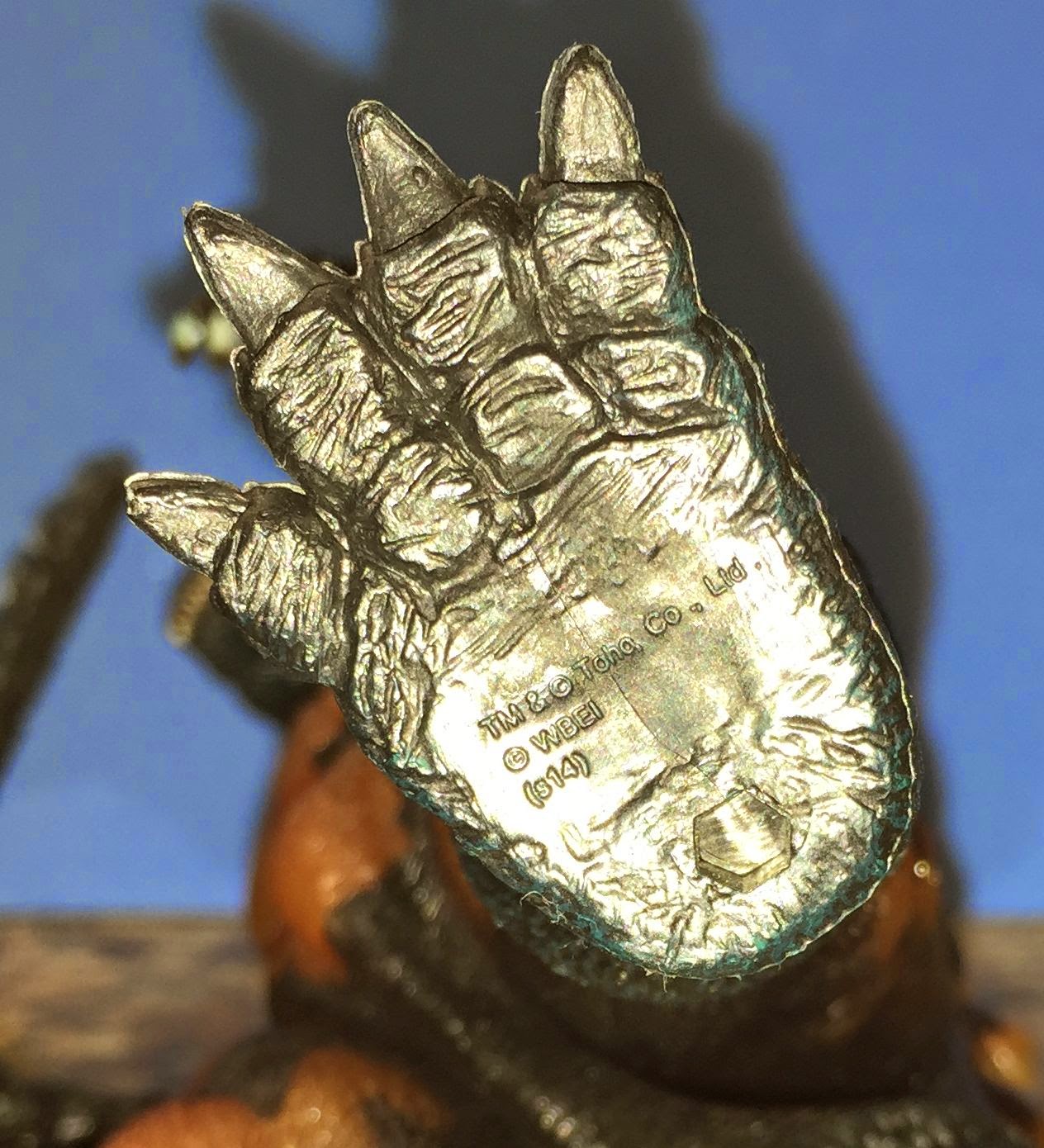 Although, the appearance of peg-holes still baffles me, NECA!  Godzilla figures stand up just fine...it's the Pacific Rim ones that don't! 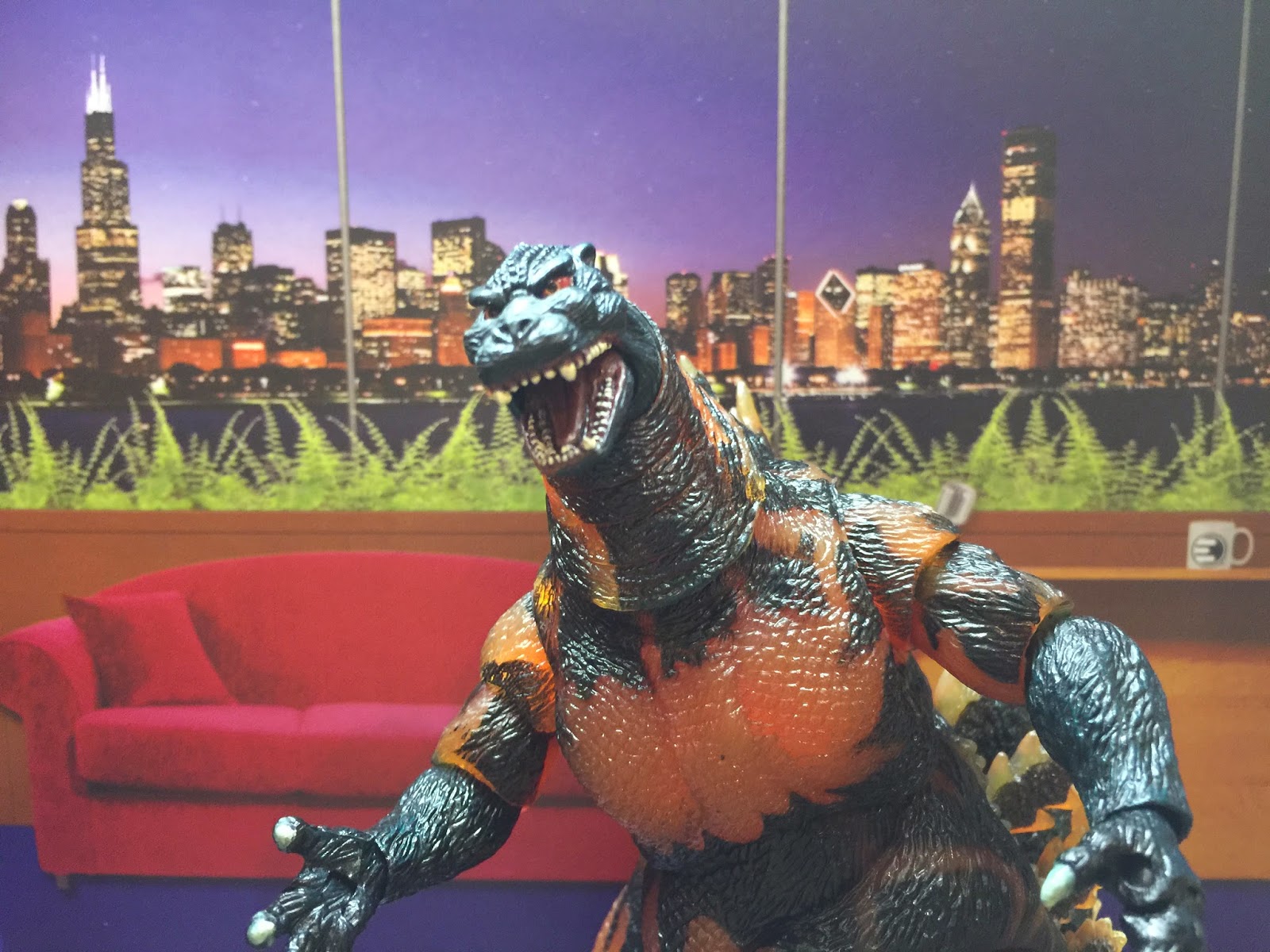 And finally, a look at Burning Godzilla's new late-night talk show, "A Hot Time in the Old Town Tonight," which is actually one of the free dioramas that Entertainment Earth randomly sends you sometimes.
We conclude with the artwork (the card front is the same as the last two figures).  Buy this figure! 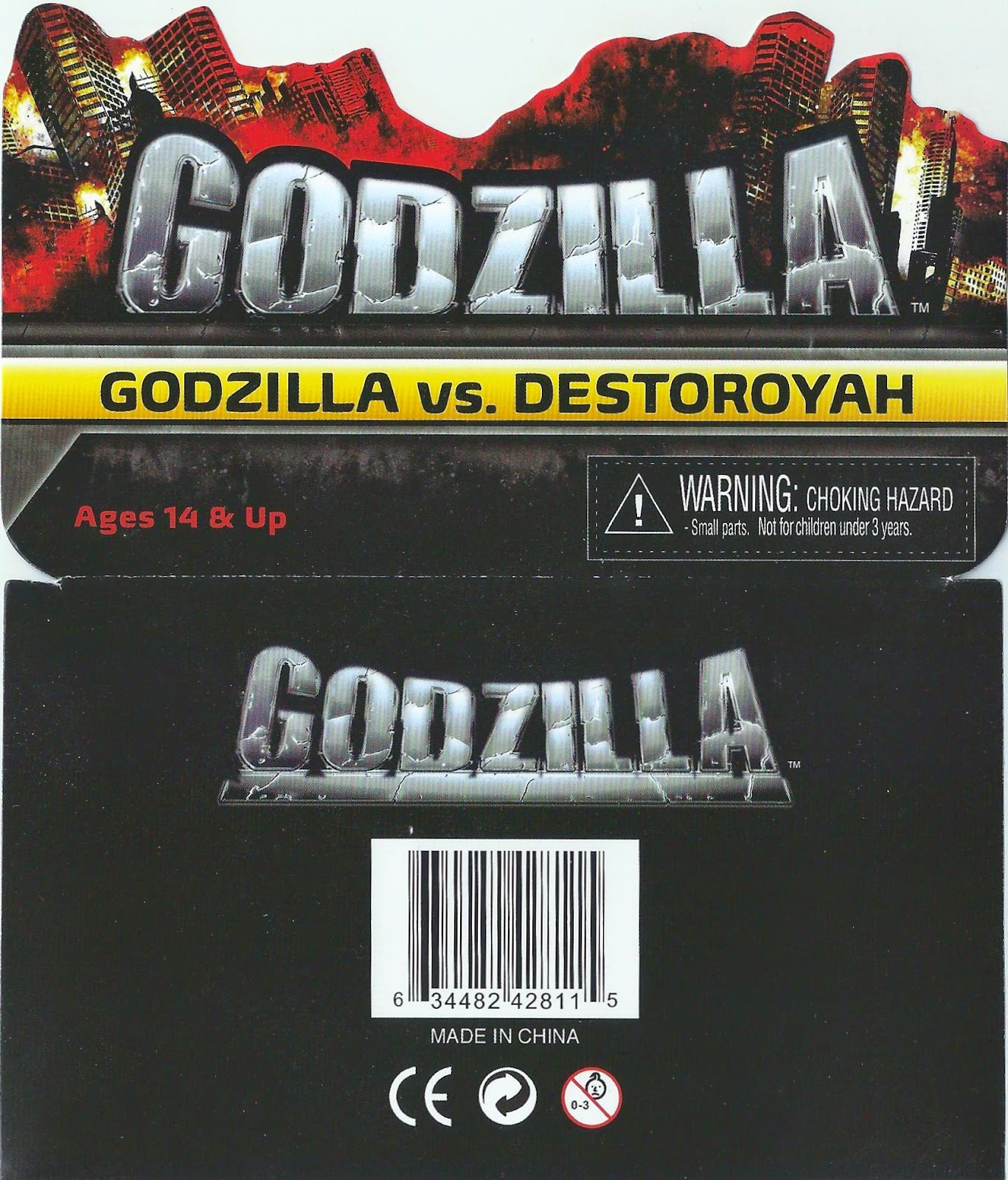 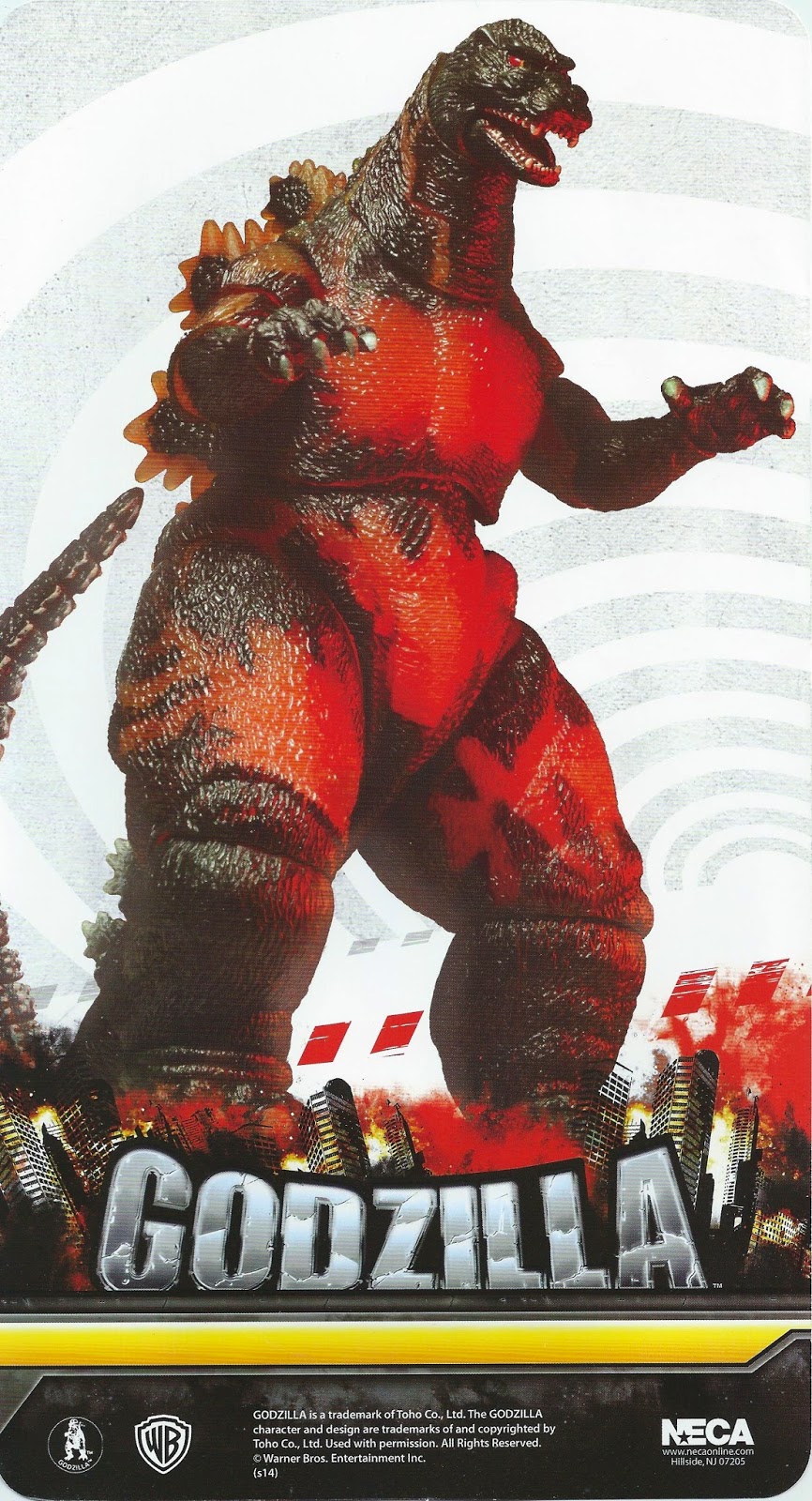 Posted by Sampoerna Quatrain at 09:12

Thank you very much! I still hope that this line continues for many years!