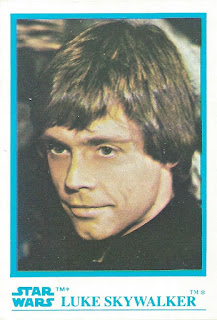 We all remember "C-3PO's" cereal.  For those of you that don't, it was as bad as you've heard.  But it didn't matter; it was cereal based on Star Wars, so we were all there. I still have an empty box--mine is an earlier one with a mask on the back.  Later though, a special trading card series was made as a premium.  These were unique for two reasons.  First, you got two cards in a pack, which better increased your odds of completing your set.  Second, they were actually two sets in one, because the top image was a sticker that you could peel off (if you were so inclined), leaving a completely different image underneath that was the actual trading card. 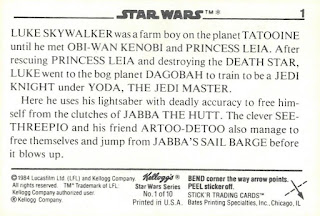 I'd like to show you what's underneath, but my set is "unpeeled."  I recently went back to see if I could find a second set, or even a peeled one, and apparently this set has gotten quite expensive, if Ebay prices are to be believed!  Therefore, we are going to feature the unpeeled fronts, as well as the card backs: 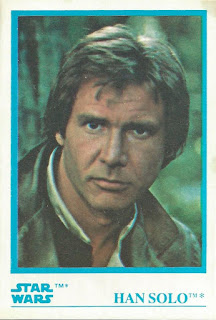 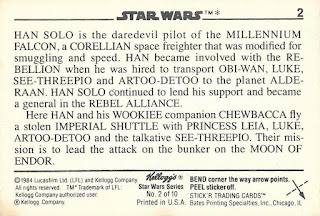 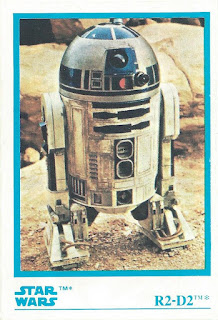 Once again, this tired old photo from the first film is used.  I'm surprised they couldn't find a more recent one. 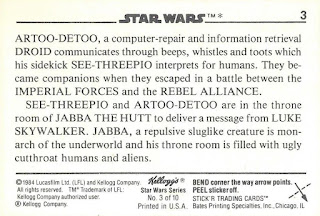 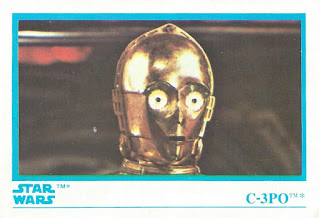 On the other hand, I'm not exactly sure where this photo is from.  Is that maybe the Sandcrawler behind C-3PO? 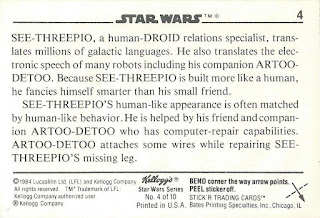 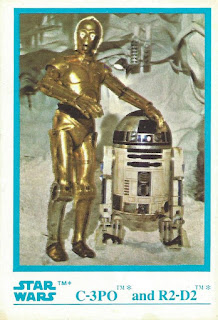 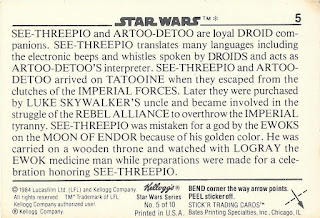 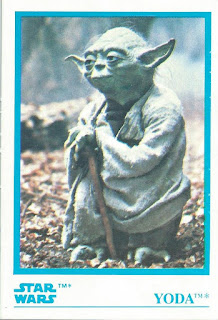 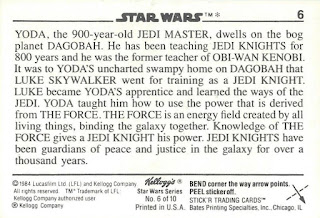 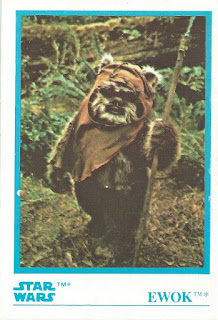 Hey! He has a name, you know...they actually mention it on the back: 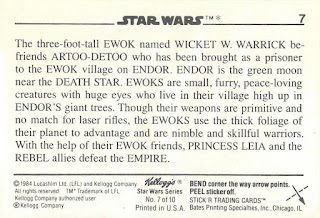 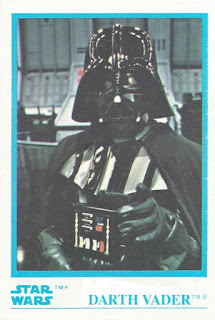 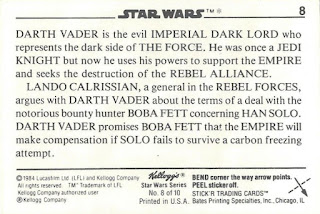 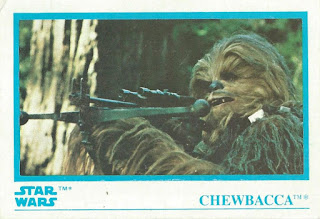 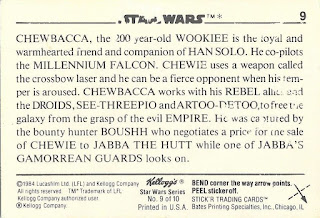 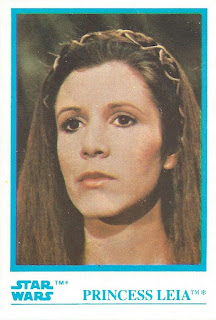 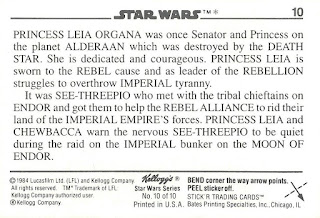 From what I have seen here and there, the second image (underneath the sticker, which is blue-bordered) is different from the sticker, and I'm assuming that it still pertains to the featured character, because of the text on each card back.
EDIT:  I did some digging in Completed E-bay auctions, and I've managed to put together a set of the ten images! They aren't as optimal as my own scans, but at least for the sake of reference...and education...we now know.  Watch for next post!
Posted by Sampoerna Quatrain at 09:10