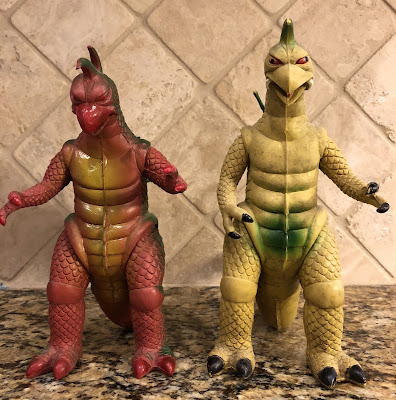 You have probably seen this at some point in your travels.  It's almost a Gigan figure, but if you look closely, you will see that whoever designed this thing completely  missed the hook hands.  But, hey, good try. 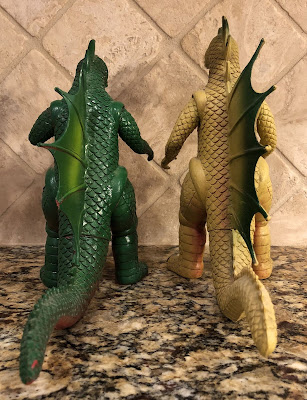 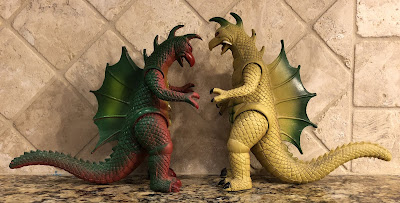 I can tell you that both just say that they were made in China (on the feet), and do NOT have any Imperial logos anywhere.  So, it's basically what collectors call a "Chinasaur," and just an interesting collecting oddity. 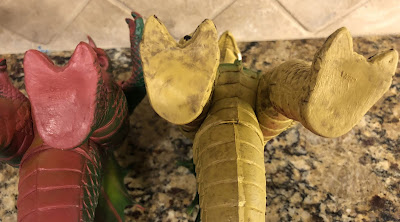 The list of Godzilla bootleg items is a pretty interesting one, and could be a whole topic in itself.  It's one of those lists that grows on a daily basis, and will never stop being added to!
Posted by Sampoerna Quatrain at 08:08