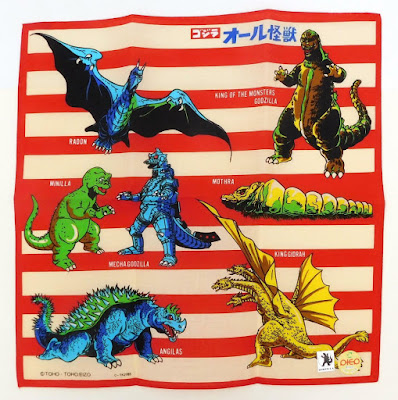 Here is a very unusual item from Japan.  It's a handkerchief that I'm told says "Godzilla & All Monsters," and the art is pretty amazing, and also quite striking. 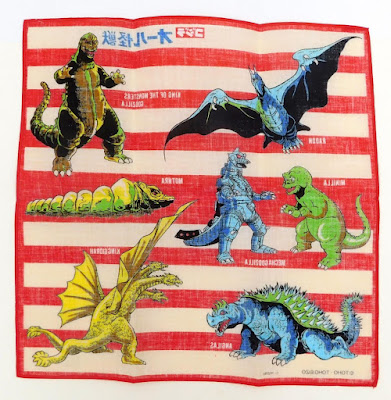 I can't tell you very much about it.  The manufacturer's sticker looks like it says "PTEP" in stylized letters, but there is no date. 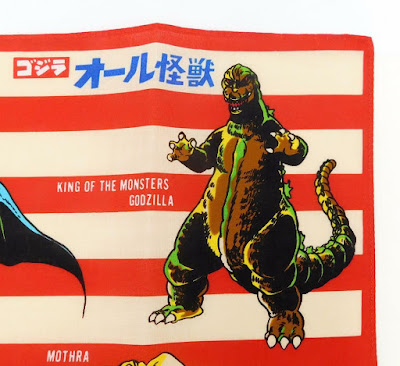 Godzilla himself looks a little GODZILLA 1985-ish to me in design.  Another clue is in the spelling of "Angilas," which is my own personal preference: 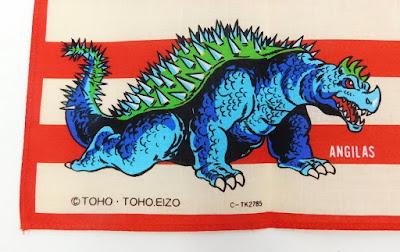 I want to say that Toho re-jiggered their official name list in the early-to-mid 1990's, and made his name officially "Anguirus," which makes me assume the piece dates before that. 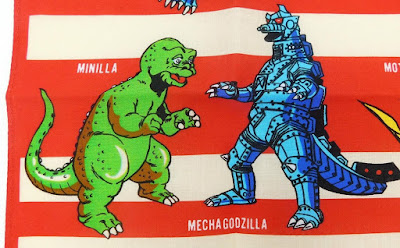 Otherwise, my official guess is that it's pre-Hesei series, or at least pre-1990s, but it's only that: a guess. So let's enjoy the art! 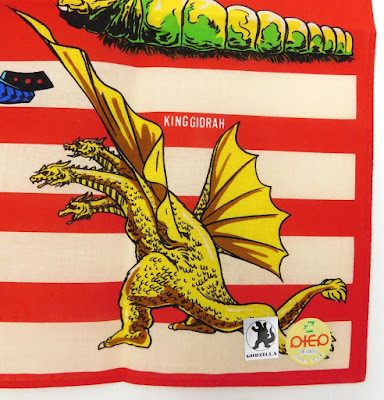 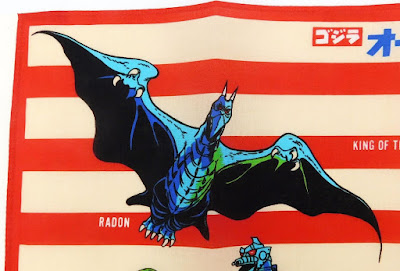 As cool as it would be to carry something like this around, I'd never use it (if I carried handkerchiefs, that is). I would feel like I was carrying around a canvas of valuable artwork in my pocket, and it was getting all frayed and crumpled.  This is certainly more frame-worthy than....pocket-worthy.
Posted by Sampoerna Quatrain at 06:26