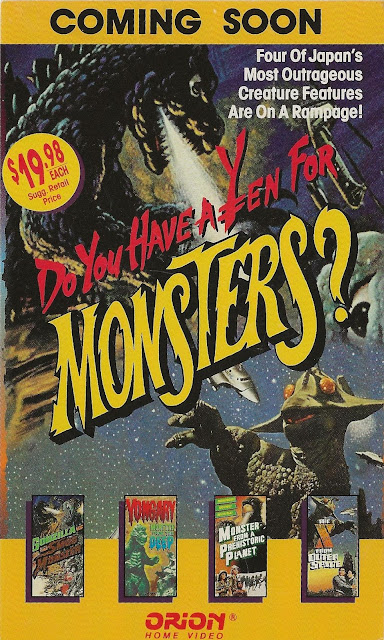 Here's a great piece, a 1989 two-sided video retailer postcard (measuring 3 & 3/4 by 6 & 1/4 inches).  It showcases the fun artwork for this series of four videos (there was also a great dealer poster similar to this card), prominently featuring the movie poster art for GODZILLA vs. THE SMOG MONSTER.  Not only that, but this SP tape is still essential for any Godzilla fan, because it was the final (and only legitimate) time that the AIP dub was released (a laserdisc release was simultaneous), and those two releases continue to be the source of the dub for fan-made restorations! 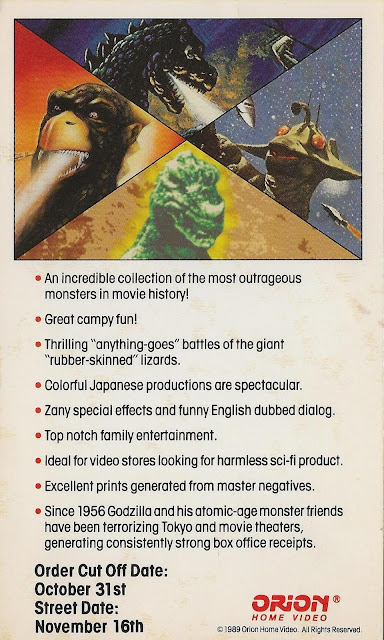 Here is the back of the card.  The other three titles in the series were MONSTER FROM A PREHISTORIC PLANET (which we now know as GAPPA), YONGARY (A Korean kaiju clone), and THE X FROM OUTER SPACE (who we now know as Guilala). Good stuff!
Posted by Sampoerna Quatrain at 12:25