Continuing our coverage of the mighty Imperial Godzilla figure, last time we looked at the "12-inch" variety (and learned that number wasn't completely accurate).  Today, we will cover its 6-inch counterpart: 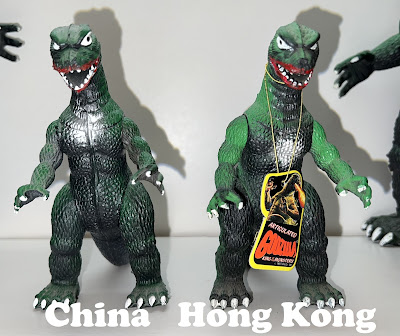 ...which looks basically the exact same as his bigger brethren, but was a more accessible (and portable) scale in some ways. 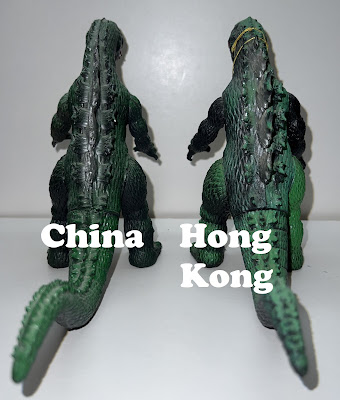 Here's one interesting thing that came out of making this post--remember with the large figures, how the Hong Kong variant was a much brighter green? It's exactly the same with the 6-inch! Weird.

Unlike the giant Godzillas, the 6-inch figures were distributed in display boxes that were meant for the front counters of toy stores.  These boxes held an army of 24 Kings of the Monsters, and weighed 26 pounds when full! The artwork for the 1985 display boxes was also awesome (some of it was also used for Imperial's "Action Stickers," which you can see at our List of American Godzilla Items). 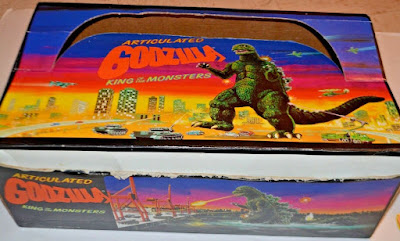 Both sizes of figures were re-released by Imperial in 1992, but unfortunately, the artwork changed for the worse.  One new addition for the second time around was the inclusion of a carded version of the figure, which looked like this: 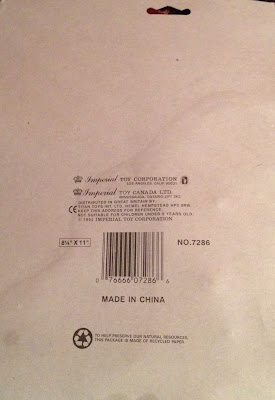 The back of the card was completely generic, like the true rack toy that it was...did you notice the $2.76 price tag?
The counter-top display box also made a return...with the same new artwork: 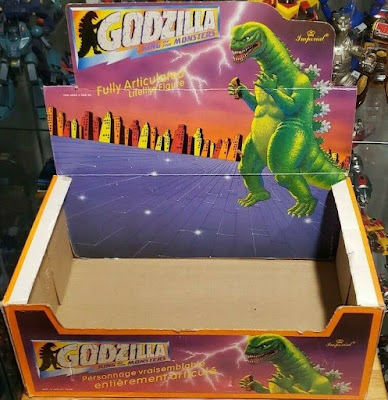 If you bought the figure from the display box, you got a hang tag, which was something left off of the carded variety. 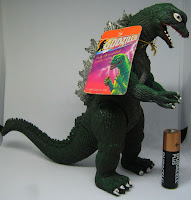 Lastly, around this time, Imperial grouped their smaller figures together for one monster (and apparently very rare) boxed set called CLASH OF THE MOVIE MONSTERS.  It's worth it for the artwork alone (I can't get around the woman who is tied...to a phonebooth.  To the outside of the phone booth.  Huh.)! 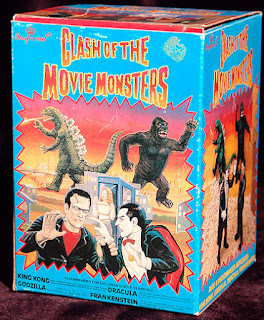 That's a look at the iconic Imperial Godzilla figures.  I meant to mention in Part One that there is a pseudo-Gigan that was sold around the same time in a couple of colors.  You may see some folks attribute the figure to Imperial also, but this isn't the case.  At least it gave kids somebody for their Imperial Godzilla to throw down in the sandbox, though! 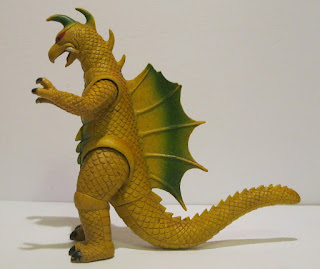 Posted by Sampoerna Quatrain at 09:30