Mickey Mouse, by Hanna-Barbera Productions....wait, what? 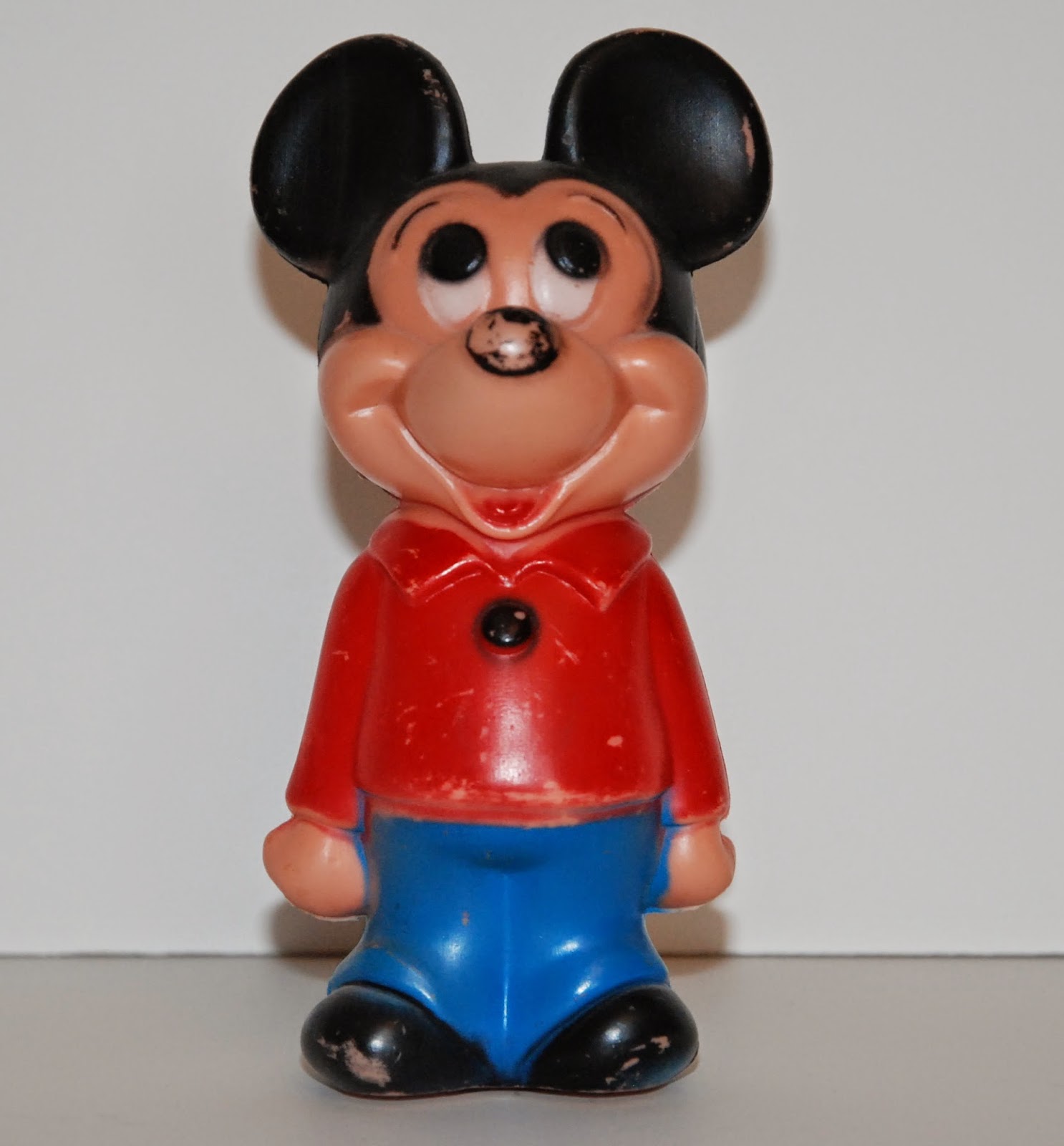 You have seen this little guy, no doubt, more than once in your life.  I have seen him in several flea markets and various shops over the years.  He is hollow plastic, and five or six inches high.  In fact, this alternate fashion choice for Mickey was used for other products too (such as a much larger bank, for example).  He originates from an era when the "Mickey Mouse Club" was the darling of television, and the Mouse was the most recognizable licensed character on the planet.
But one day, several years ago, for some reason I picked one of these up and turned it over.  This is what I saw... 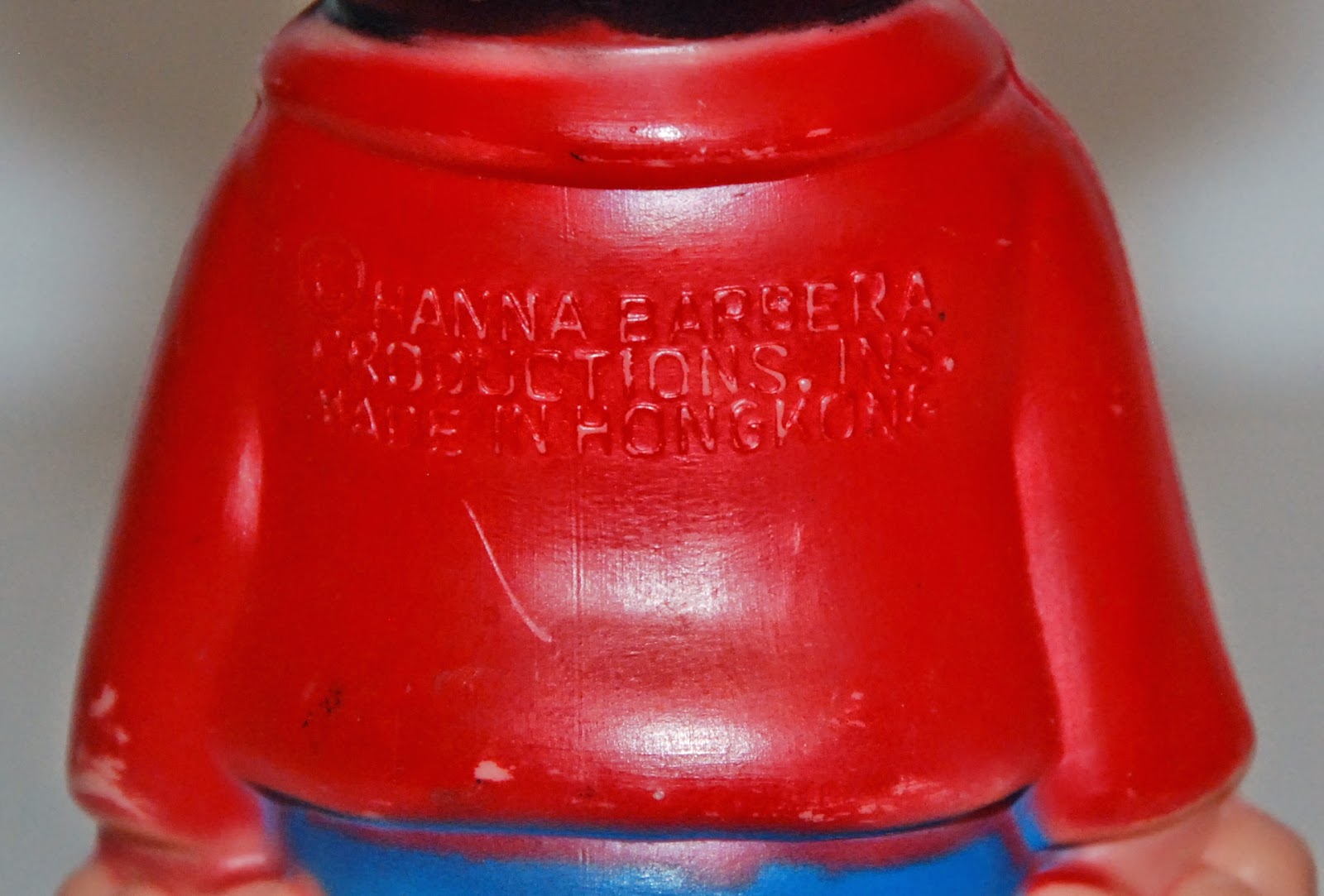 Hopefully, you can see the raised print on the rodent's back.  It say: "HANNA-BARBERA PRODUCTIONS, INC." and it's not an illusion.
I suppose that one thing that makes a bootlegger is a blatant disregard for the truth.  They just simply don't care, and facts will never get in the way of a profitable ripoff. Which of course can make for some entertaining results.
Weirder still, I've seen this Mickey several times over the years, and yet only once have I run across this bizarity (coined a word, there).
I put him on my shelf because of the hilarity of it all, but in recent years, it's turned into a grim reminder that "the Mouse is always watching you."  That sounds completely paranoid, now that I type it, but did anybody stop to think that they are basically one more large purchase away from being a world superpower???
Posted by Sampoerna Quatrain at 08:11

Who's the leader of the club, that's smarter than the average bear?