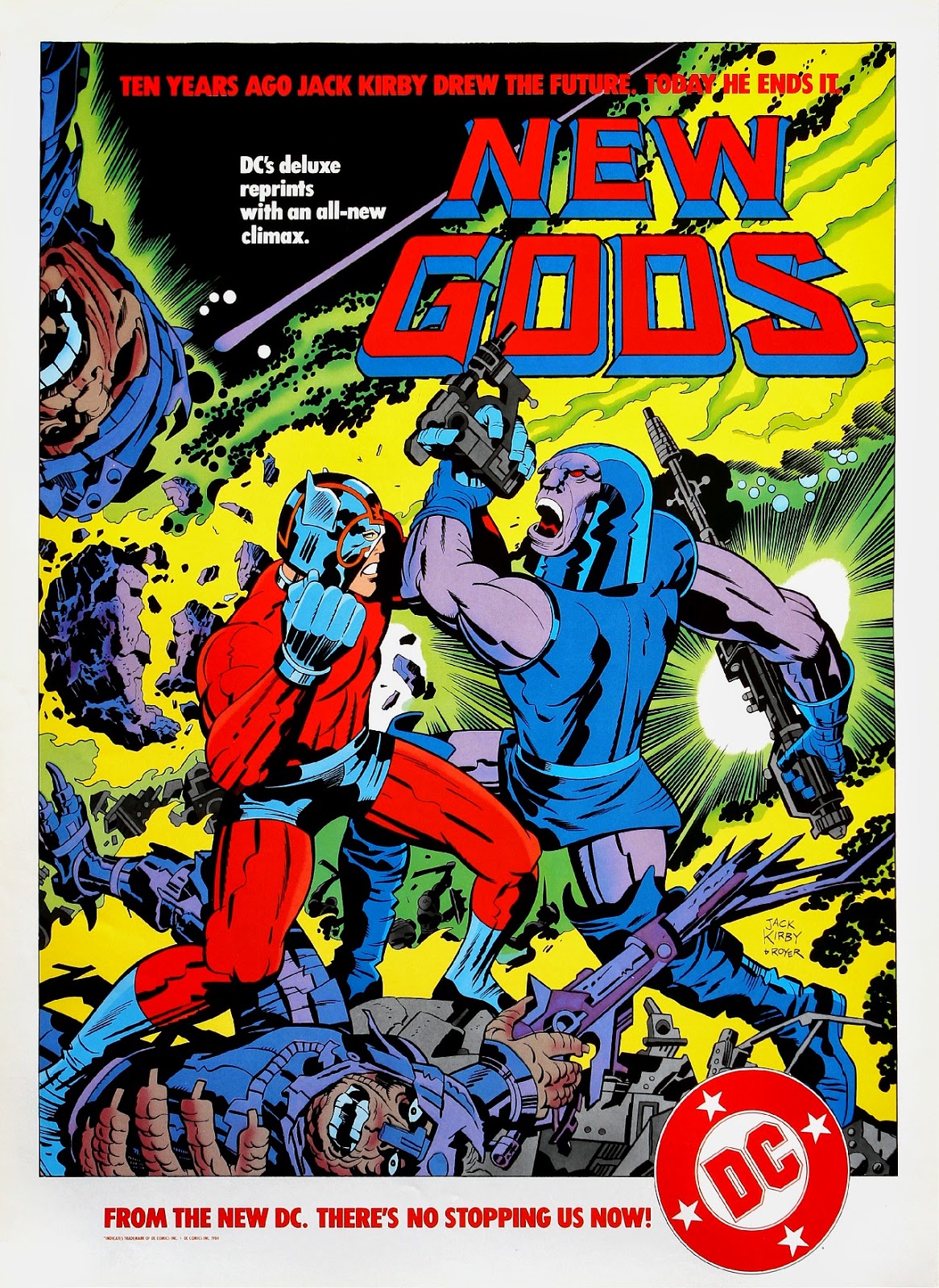 I don't talk about comics much, because there are plenty of other places to read about them, but when I do, I can't go 12 words without praising Jack Kirby.  One of my favorite comics of all time was his Fourth World series, because it was a real explosion of creativity for Kirby.  (In fact, I read them regularly, like some people read LORD OF THE RINGS...I have the originals, the reprints, and the hardcover volumes too.)  Personally, I think this explosion had a lot to do with breaking free of Marvel, and allowing all of his stored-up ideas and energy to come out.  The series, especially the NEW GODS title, crackled with over-the-top action, lofty, larger-than-life characters (like Thor cross-polinated with Shakespeare and Homer), intricate Kirby designs of a brand-new mythology...and it really delivered.  As an ultimate example of a great Kirby creation, it also suffered from the same problems as his other solo endeavors, because his mind far outraced the progress of the monthly books...and also, because they ended before he could "finish" his stories. 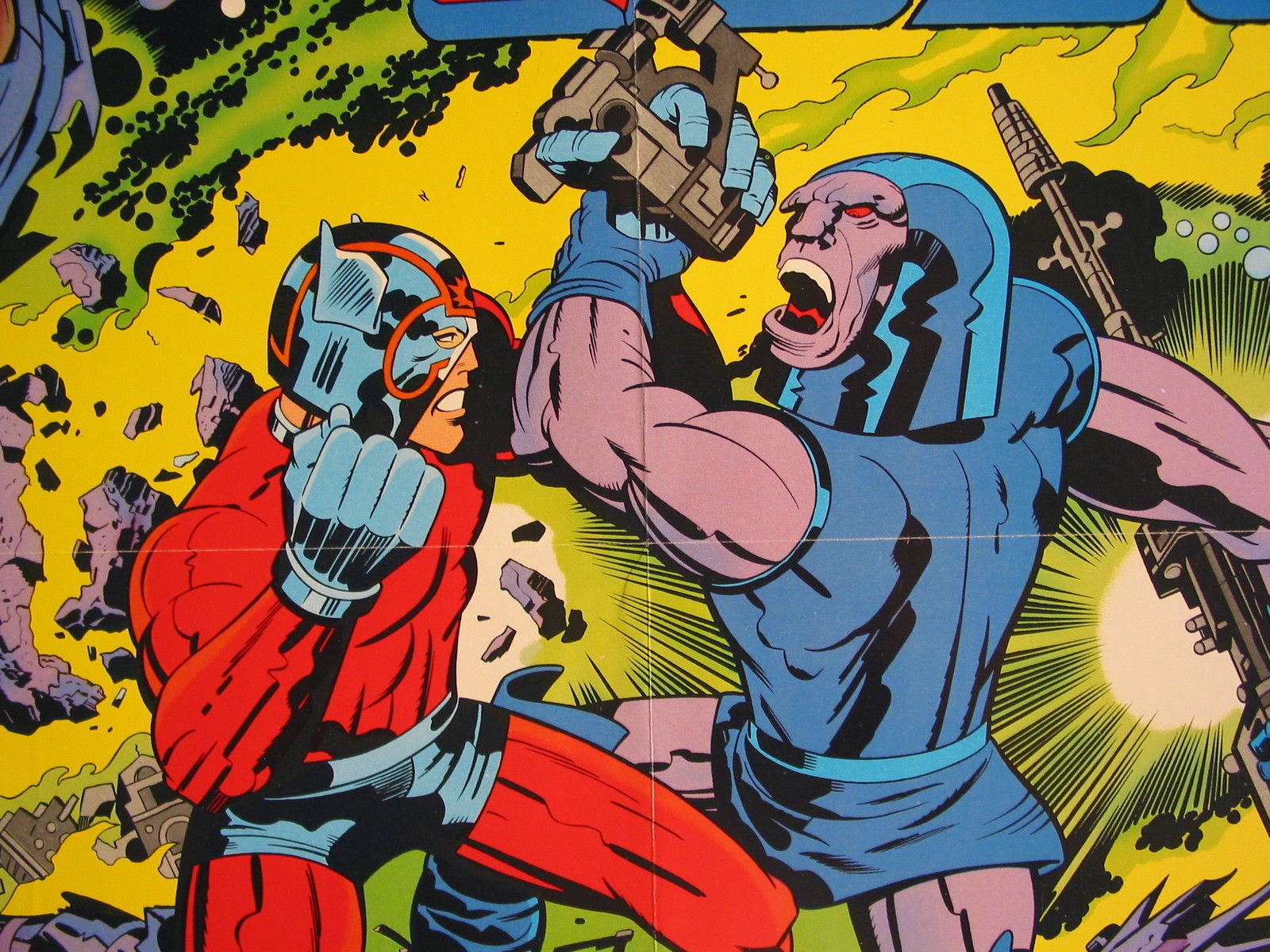 In 1984, DC gave him the chance to finally "finish" his New Gods story arc, by reprinting the original issues in fancy editions, culminating with a jumbo-sized last issue, where Kirby was able to revisit/remake his planned 12th issue, even though he mostly went in an entirely new direction.  This, in turn, led up to a much-hyped graphic novel, THE HUNGER DOGS, which serves as a "conclusion" to Kirby's Fourth World epic.  (Not to mention that Darkseid's inclusion into the last two seasons of Superfriends not only revamped the show into a more comic-like feel, but also boosted the popularity of the Fourth World books!)

And, ironically (as with other comic publishers), these comics created many more characters that, after his death, continue to be used...be it good, bad, or indifferent.  It matters not to me, so I won't comment on it, because as far as I'm concerned, the book is closed on the Fourth World, and we have all we will ever need. But then again, I know I'm a purist.

Anyway, with all that said, DC published a wonderful promotional poster in 1984 for the NEW GODS reprint series, with dramatic new Kirby artwork, inked by Kirby's ultimate inker, Mike Royer.  I had tried to buy this poster from my local comic shop owner several times over the years, right off the wall, but he simply wouldn't part with it...so I waited.  I lucked into an UNUSED one, that was still crisp and folded, as it originally came.  It's a smallish poster (maybe 17 x 24" ?), but if I'm lucky, I can find some unused wall-space for it, because it deserves to be displayed!
Posted by Sampoerna Quatrain at 06:44