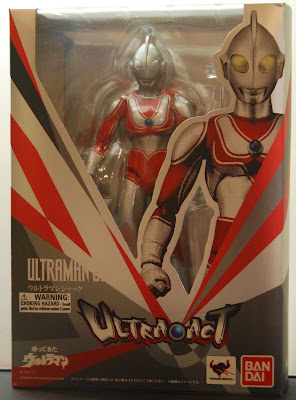 I wasn't going to do it, but apparently Bandai is reissuing Ultra Act figures from time to time--making improvements as they go--and when Ultraman Jack came up for $30, I leaped on it like a fighting kaiju. 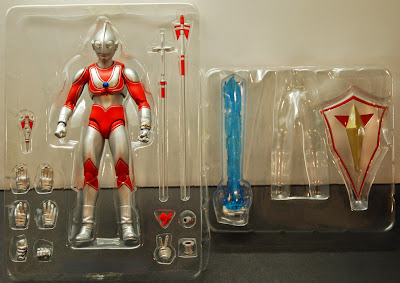 And boy, was it worth it.  Not only does he look amazing alongside his brothers, but just look at the accessories...five pairs of hands, one with beam weapon, the Ultra Bracelet given to him by Ultraseven (which you can interchange with his wrist), and also its other forms, the Ultra Lance and Ultra Shield!  And I didn't even mention the interchangable Color Timer! Also, the red peg is a piece designed to be used with the Bandai "Act 4 Humanoid" stands. 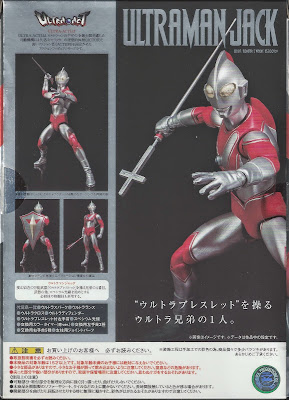 Once again, all of the incredible articulation is there, and Bandai has given us an action figure that far outstrips anything made in America.  One thing I noticed is that switching hands is easier than on my Ultraman and Seven; so maybe Bandai has improved the pins a bit.  It's not as nerve-wracking a task, where I'm afraid I am going to break something. 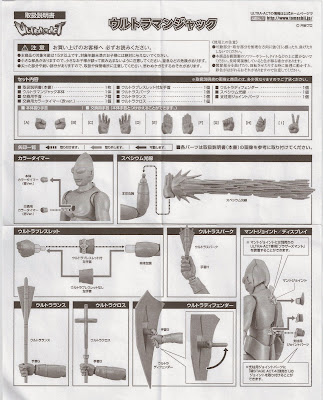 A little plug here--I bought mine through Toyz In the Box, and the service was phenominal.
Now if Bandai would reissue some of the villain kaiju--I know they have made Red King, Baltan, and Eleking so far, and Eleking especially is expensive, and I'd love to get him.  Here is the flyer that was packed in with Jack: 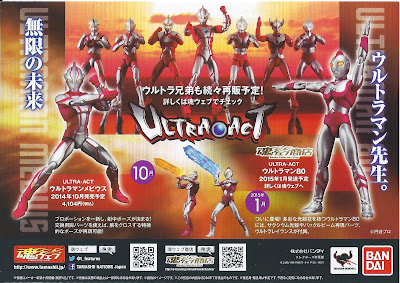 Posted by Sampoerna Quatrain at 07:48