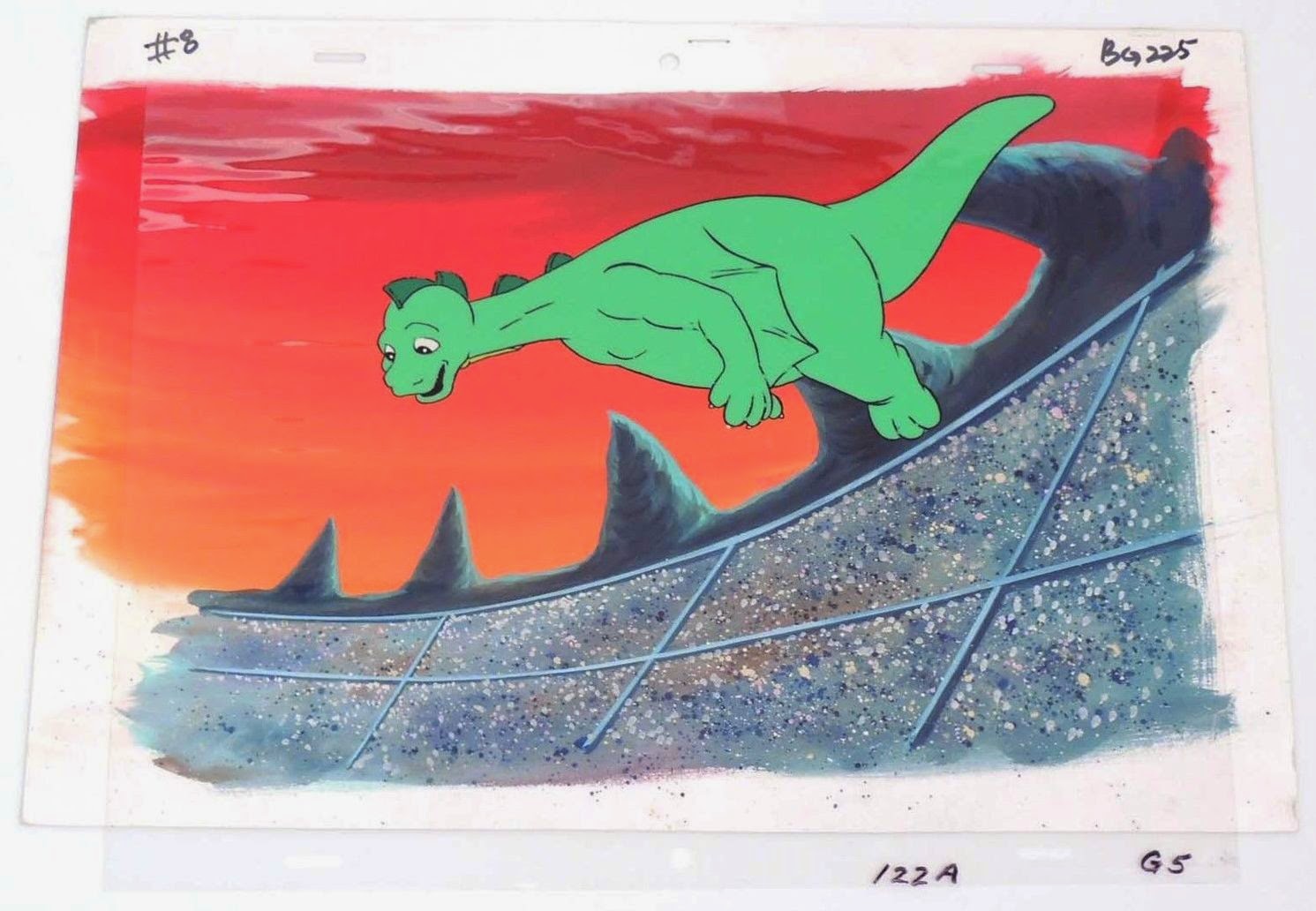 One item on my want list for some time was an original cel from the Hanna-Barbera GODZILLA animated series, and I finally get one, and it's Godzooky.  Oh well, it's a start. 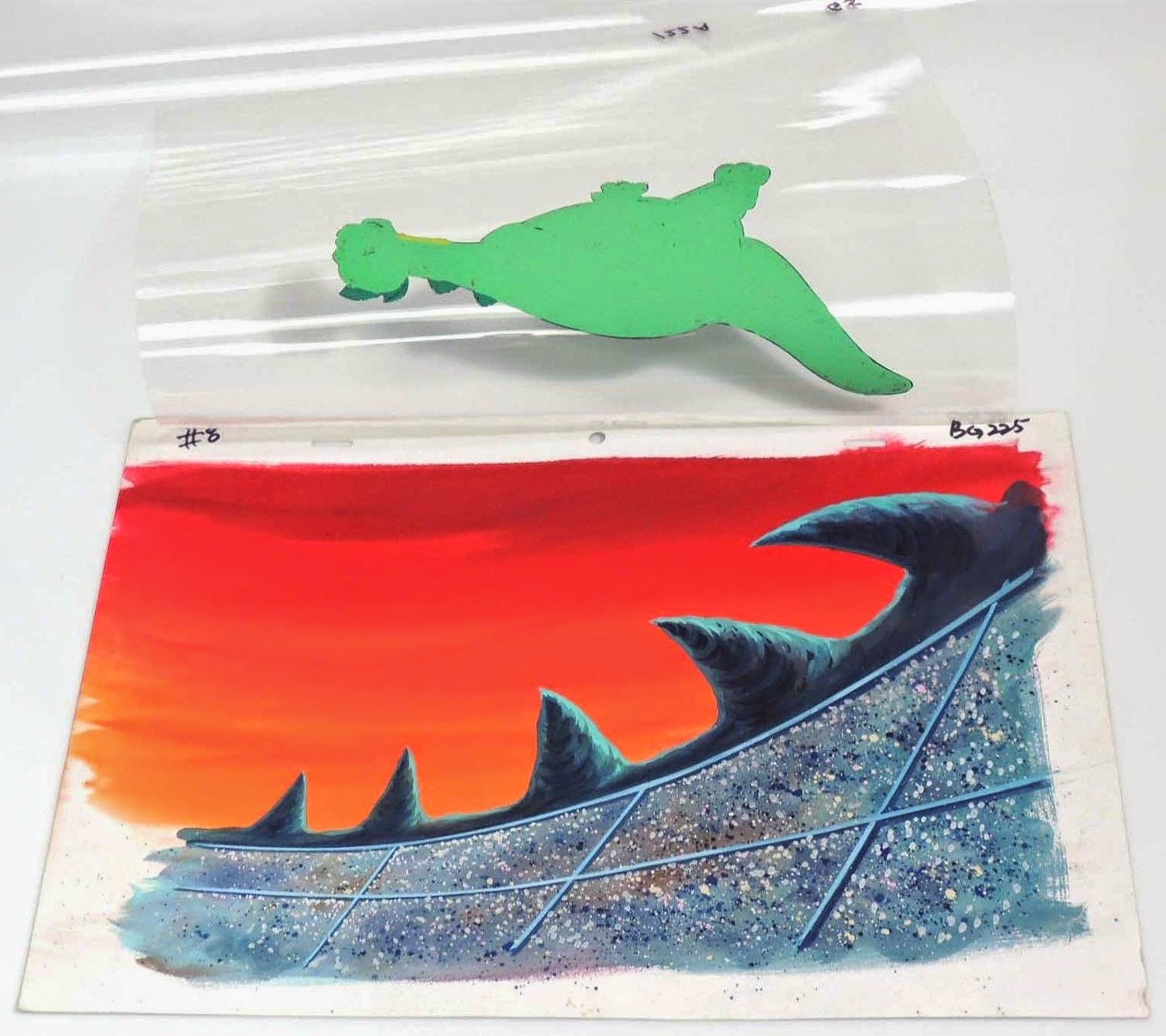 One interesting point here is the background...while it's an original background, I don't really think it's an original GODZILLA background.  I suppose I could re-watch all 26 episodes of the show (in my copious free time), but I don't look for that to happen anytime soon.  You will notice that the "key holes" (the hole and slots used to hold the cel in the correct place on the animation stand) are on the bottom of the cel, but on the opposite side on the background, which adds a further level of mystery, that I should probably leave to the experts.  After all, the notations on the edge of the background are right-side-up when you look at it, so maybe that background was made for a stand with a different set-up, where the holes are on the top?  I have no earthly idea, so I'm just trying to look for clues.
To me, the background looks like some sort of futuristic stadium ("Godzooky: Beyond Thunderdome"?), so, considering that it is really an HB background, then what is it? SUPER FRIENDS would be a good guess, and that would be super-fine by me.  There was a Space Ghost revival around 1981 as well, and that would be another decent guess.  Unless I'm watching something randomly one of these days, and happen to spot the background, I may never know, but I'd be glad to entertain any other guesses or ideas.
Posted by Sampoerna Quatrain at 08:48