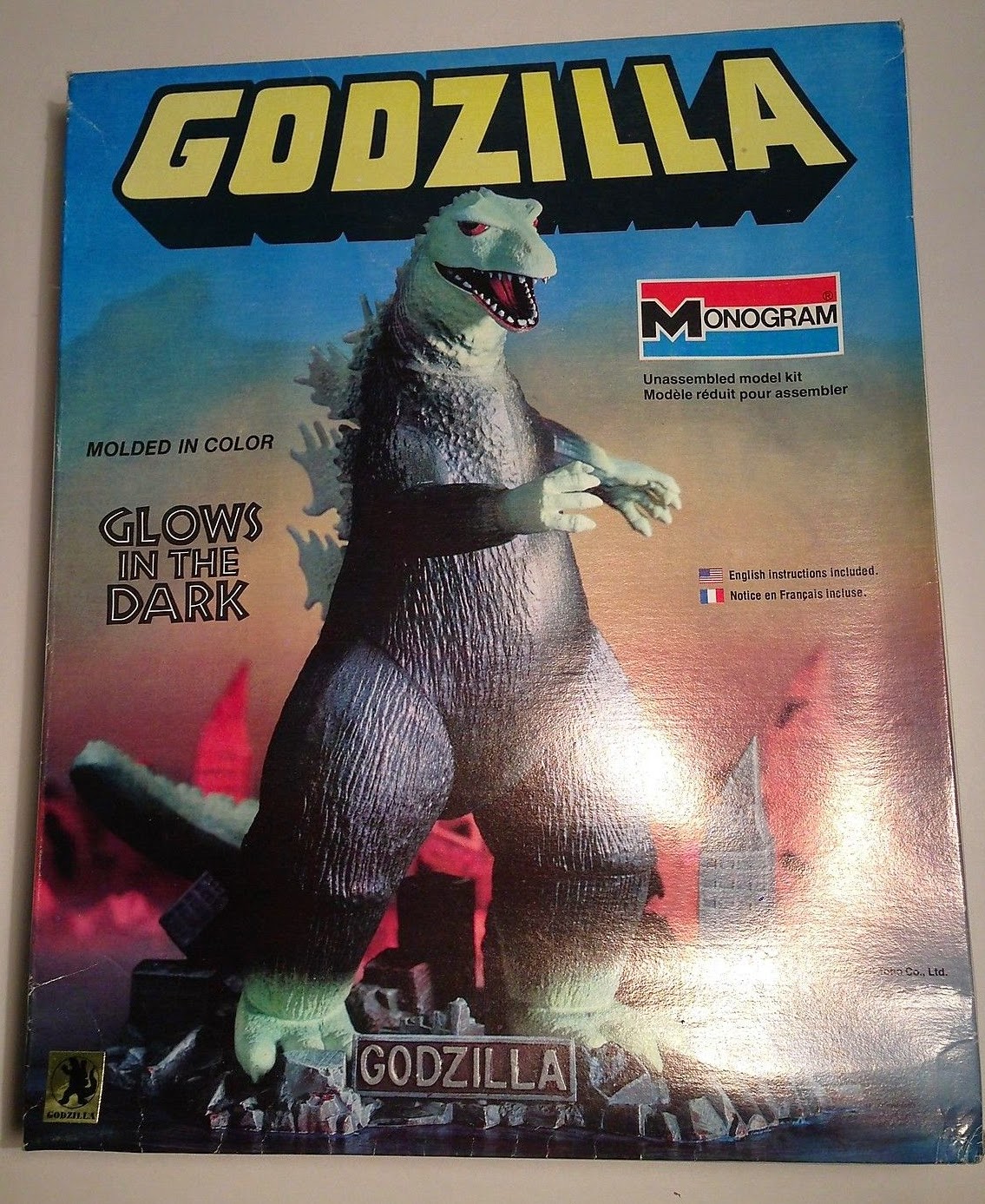 Here's our old friend, the Aurora Godzilla model kit, once again, this time re-issued by the Monogram company, in 1978.  They even retained the "Glow-In-The-Dark" features from the 1969 & 1972 Aurora re-issues.

They did a good job on the box art though--it's colorful and engaging.  Eye-catching, even.

And, it's always nice when a model company gives you a photo of the finished model, rather than a painting that kids could never live up to.

And, they even attempted to give Godzilla a short bio: "The best-known of all monsters, Godzilla has starred in 17 classic films."  I think model kits were one of the first products I ever saw that actually had different languages printed on their packages...which today is commonplace. 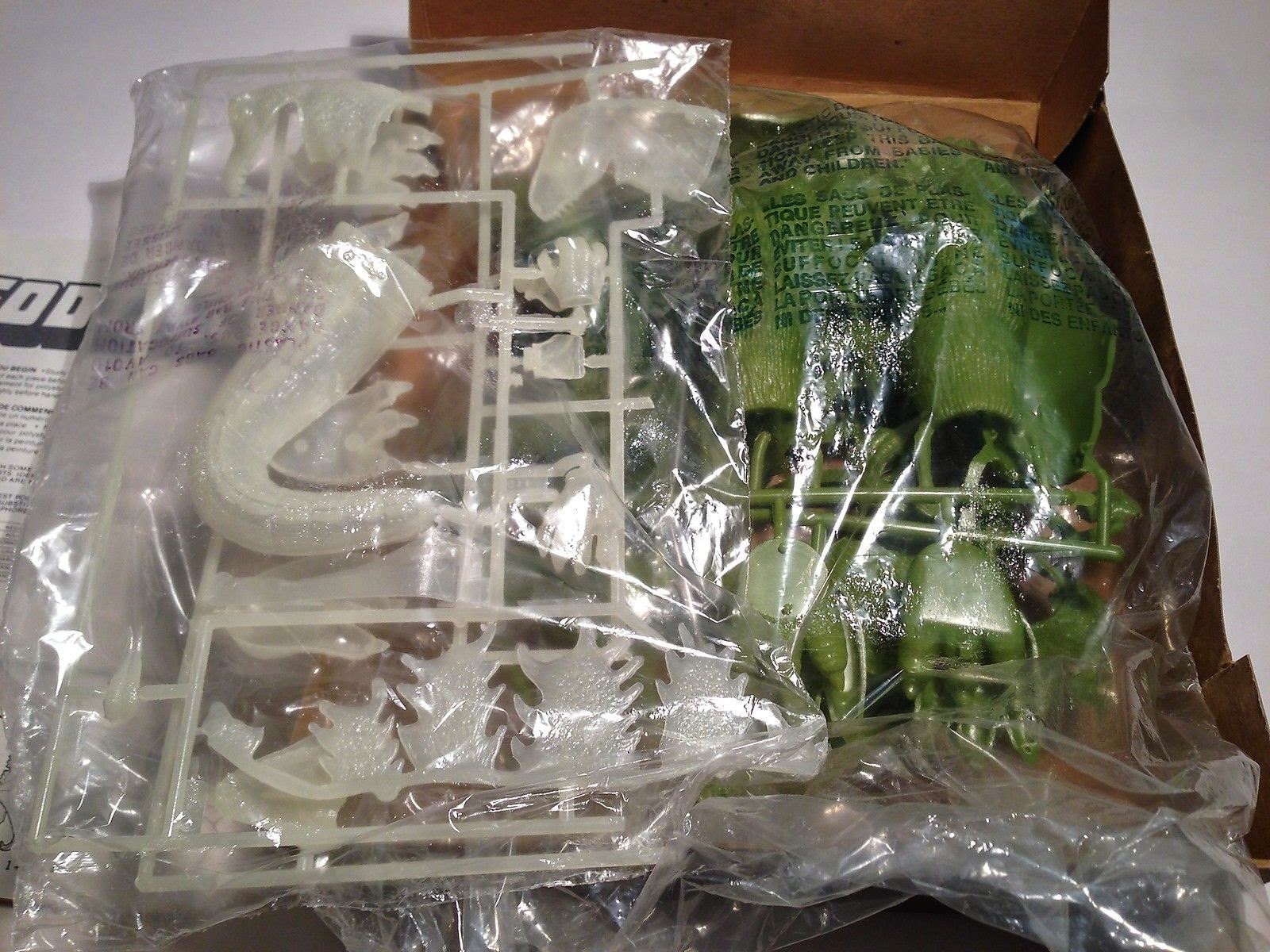 I held out, and found a kit that had never even been removed from the plastic bags.  Notice the extra set of "Glow-In-The-Dark" parts, which includes a head, (end of) tail, hands, and dorsal plates.

Here are scans of the instructions! 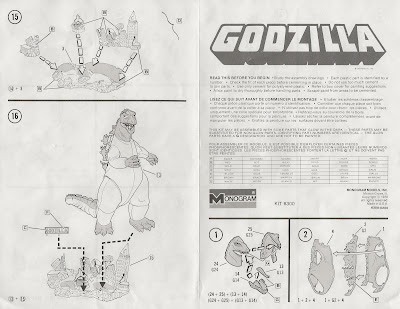 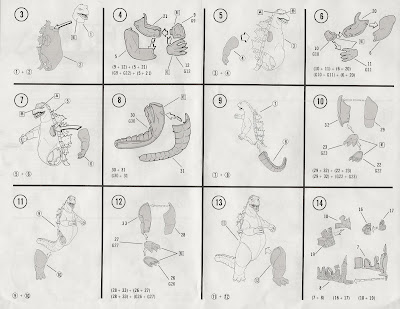 
It's about time to re-issue this kit again, don't you think?
Posted by Sampoerna Quatrain at 07:58