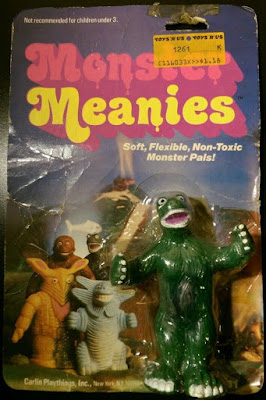 One of those "gray area" toys, but there is no doubt that this is supposed to be Godzilla.  I don't know much about this line, other than it was made by Carlin Playthings, Inc.  I have seen both 1980 and 1984 listed as dates for this series, and there were apparently four different figures (also maybe sold together in a 4-pack). 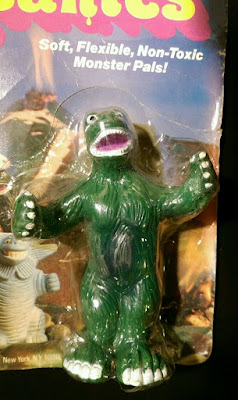 I had been hunting for one for some time, and did not expect to find one that was still on the card (even though the card is pretty rough)!  It shouldn't really be a surprise that the back of the card is completely blank. 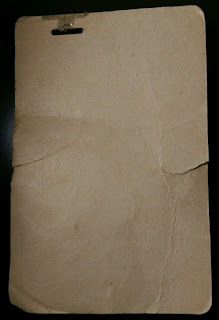 Here is another photo that I dug up and saved, that at least shows you what the back of the figure looks like: 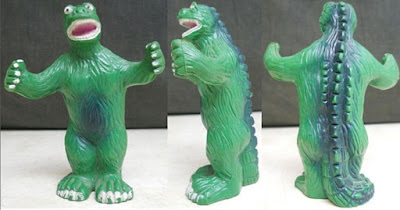 You will notice familiar (Ultraman) faces in the other three figures lurking on the background of the card.  What puzzles me are the sculpts for these figures:  were they new, or maybe taken from some bootlegs from other countries?  They don't look like any Japanese figures I've ever seen, and I'd like to know more about their origin!
Posted by Sampoerna Quatrain at 07:43