The Return of BlockTech SUPERHEROES!! A Review (Such As It Is)

Ok, as promised...I only saw them at Target that one time, and lo and behold, they were at my favorite thrift store for a dollar less.  Yes, three bucks is too high for these, but two?? And unopened at that...imagine somebody not wanting these! Hold your nose...let's dive in. 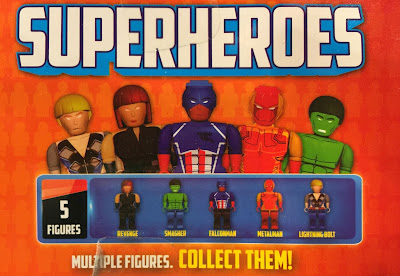 I like how the box art doesn't say "collect them all," because they are all in this box...no, you are commanded instead to COLLECT THEM! As I stated in the previous article, most (if not all) of these names are actual comic characters, so I don't know what has been accomplished here.  Let's look at them individually... 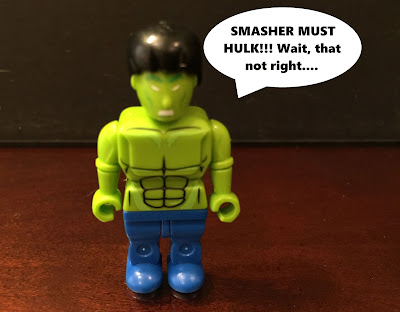 This is "Smasher," also known as the "Green One." He is totally not Hulk, because he wears blue pants, and they are not torn.  Interestingly, his abdomen has more detail than his face. 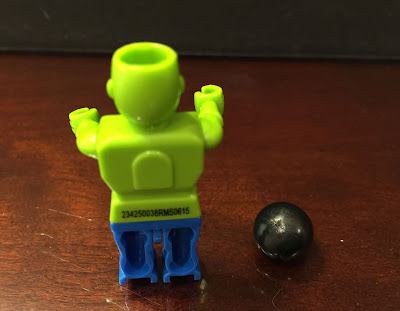 From the front, these may be passable as minifigures to the average grandmother, or untrained eye, but from the back, all hopes for any quality at all are lost.  The legs are hollow, as are the heads, beneath the hair-pieces, as if just waiting for brains to be added.  Hulk Smasher is the only one with a serial number embossed across his backside.  Which is weird.
The name "Smasher" is not only a character in Image comics, it is also used for multiple people in Marvel (I knew about the Spider-Man one).  Which is weird, because the name is so lame, you wouldn't expect that. 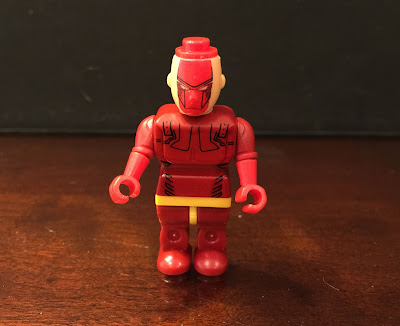 "Metalman" is a very odd figure.  While the name suggests a robot (or...armor-covered character...get it??!), his mask only covers the front of his head, and we are left with a bald, flesh-colored head, with prominent ears...and, as a previous reader pointed out, a Devo hat! (All of the heads have prominent ears, and you will notice that any hair-pieces have to squeeze over the ears just to fit.)  I'm not sure what the dangling straps are supposed to refer to, and he is also the only figure with yellow underpants over his actual pants...or something.  You will notice from the box art, his arms were supposed to be yellow as well, to further suggest the red-and-yellow armored Avenger, but didn't end up that way.  A note on the arms, while we are on the subject:  as you can see, they detach where the elbow would be.  Not only is this odd, but it creates some unwanted articulation, and would be the first place to break. 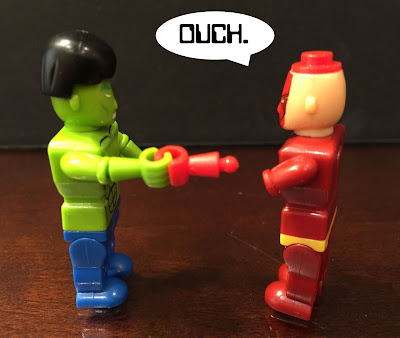 Not only that, from the back, he looks like... 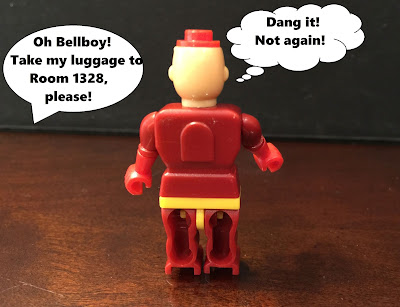 Of course, DC comics have some "Metal Men," but "Metal Man" is a Mega Man villain. 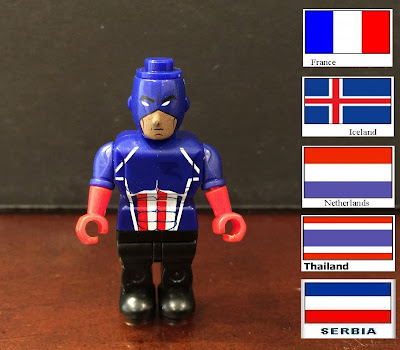 Next we have "Falconman." I understand that the bizarre name is to somehow tie in the Falcon, but this guy's byline should be "The Man Without A Country," because his costume could relate to several other flags, as shown above. 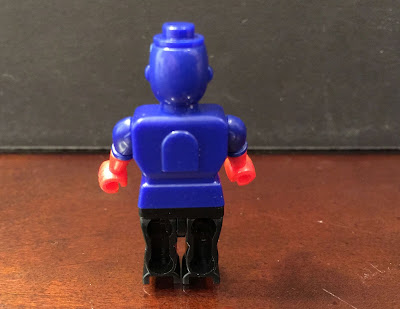 From the back, he kind of looks like Thomas the Tank Engine. 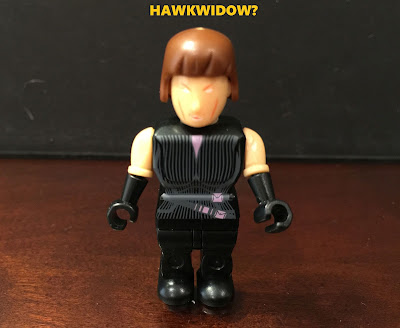 Next we have "Revenge," who apparently is an amalgamation of Hawkeye and Black Widow (you may remember the original Gatchaman villain, Berg Katse, who was both genders at once)...you may note what you think is a touch of lipstick, but then you see our next figure, who also has the same head.  The less said about this, the better.  I can't find any comic characters quickly that share this name, but I think it's obvious that this character is named after a 1967 Bill Cosby album. 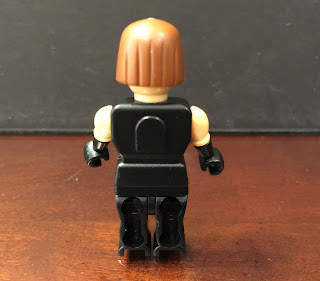 Lastly, let me introduce you to "Lightning Bolt" [snicker]. 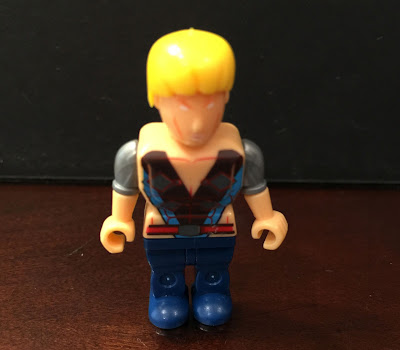 Yep, no hammer accessory (I mean, that would just be plagarism!), and coming off more "He-Man" than "Thor," we have this guy.  Who may be wearing lipstick.  Note his V-shaped armor piece, and oddly-placed belt... 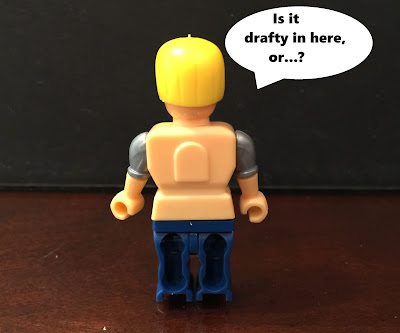 ...which completely disappear when you see his back.  Also, he may be mooning us.

So there you have it...five Block Tech SUPERHEROES for less than the cost of one of those ridiculous blind-bagged Lego guys...I mean, you don't even know who you are getting! Am I right, Grandma? 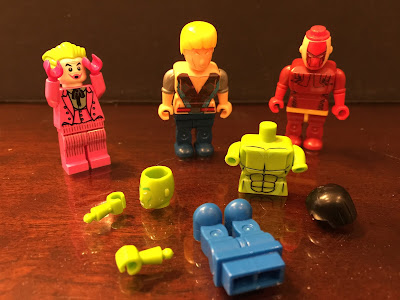 Posted by Sampoerna Quatrain at 09:14

Oof,I'm feeling a little guilty for talking you into this from last time.Well, you did save a buck and your collection has some bizzare, unique additions!I'm having a similar scenario where I'm buying these dirt cheap Chap Mei dinosaur knock offs.I originally bought the Chap Mei Dino Valley line because it was a clever take on the Jurassic Park toys.In the past 6 months,stores like Wal Mart and K Mart are selling these awful recasts of the Chap Mei dinos(a knock off of a knock off!)But the prices are so low, I can't say no!

I know how it is!! I too can't resist...but, I held out a while and saved a whole dollar..I look at it that way.