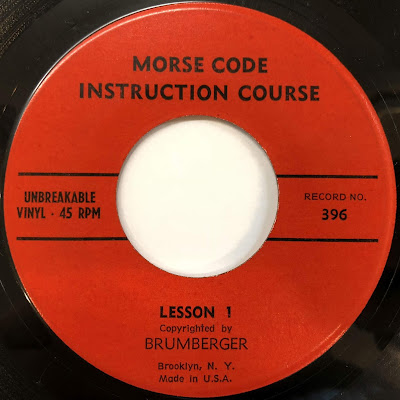 Not doing anything today? Maybe you'd like to take a few minutes, and learn Morse Code? Here is an undated 45 that I recently found, credited only to "Brumberger," and contains two beginner's lessons. 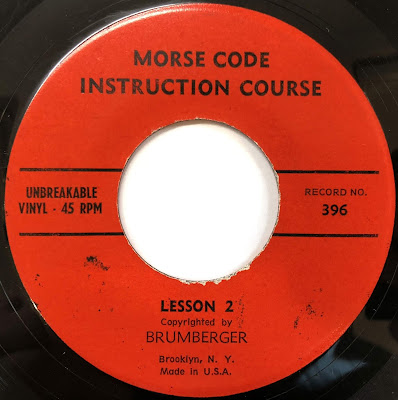 Really, that's about all that I can say about this disc.....other than, by the time you get to Lesson 2, and they start showing you examples of letters and numbers, it struck me that they all start to sound the same.  I toyed with making a joke edit where each and every example was followed by the same couple of beeps.  In fact, the beeping they use on the record is pretty weak, and could have been a much more effective sound! The only other observation I can make is that I feel like Morse Code would be pretty difficult to learn, and even harder to keep up with once you were using it! What do you do when you are in the middle of a long sentence, and lose your place?

Yes!
I'm so glad someone else has this bonkers record! You'd have to be a savant to remember this. There must have been a better way of teaching Morse Code.