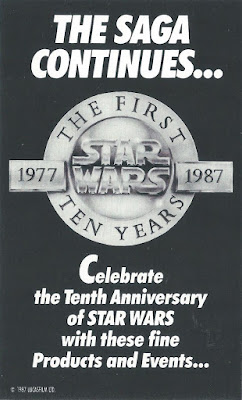 I made a cool find the other day.  Here is the order that things became apparent to my brain:

Unfortunately, still in the original shrink wrap, but they had been opened from the bottom [If they hadn't, they would be worth some coin!].  However, the tapes are in brand-new condition, and the copies each contained a postcard discussing things that were available for the 10th Anniversary (the front of which is at the top of this post).


If you don't remember, or weren't there, in 1987, Star Wars was dead.  Dead, dead, dead.  [We can argue about whether it should be now....here's a hint, I lean toward "yeah, probably."] The movies were done, and so was the classic line of Kenner toys and the long-running Marvel comic.  There had been little new product, other than Saturday morning cartoons that under-performed, some sequels to the Ewok TV movie (that under-performed), oh, and also a failed 3-D comic from a different publisher (that also under-performed) that lasted 3 whole issues.


When you read the list of merchandise that was available, you can sort of form an understanding of the state of things: 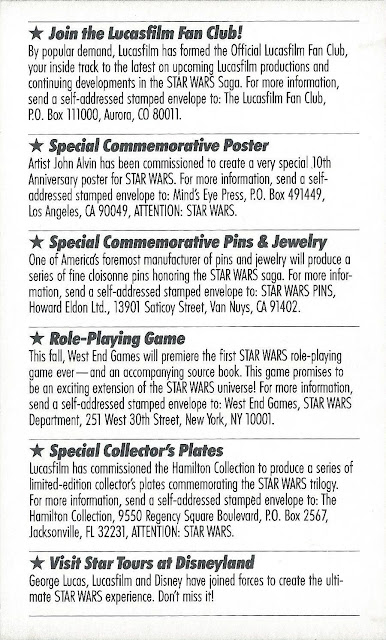 Pins, jewelry, and...Hamilton plates.  Yes, now you could hang your tacky Star Wars plates next to your entire series of plates about the "Charles and Diana" wedding.  I'm sure there are folks that fondly remember the role-playing game, but it was incomprehensible to me.  We can probably agree that the STAR TOURS ride is the coolest thing on this list, even though it can be viewed as a precursor of impending doom.  And, note that you have to send a self-addressed stamped envelope to receive catalogs from each manufacturer! That was just the way things worked then, kids.

Here are the tapes themselves; essentially the 1984 releases in 1987 shrinkwrap, but lovely specimens of pure, unadulterated OT: 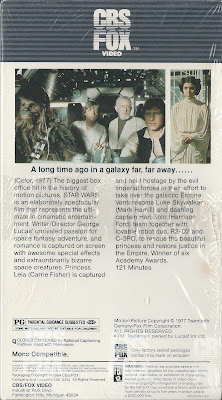 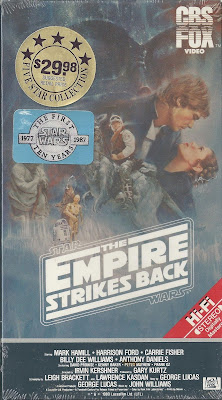 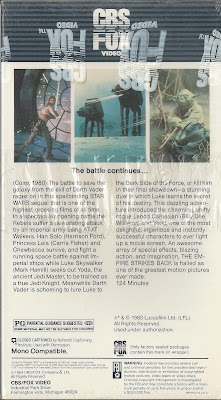 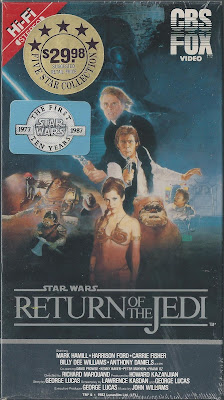 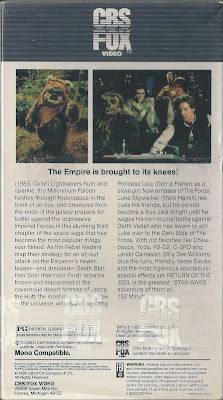 Posted by Sampoerna Quatrain at 13:57