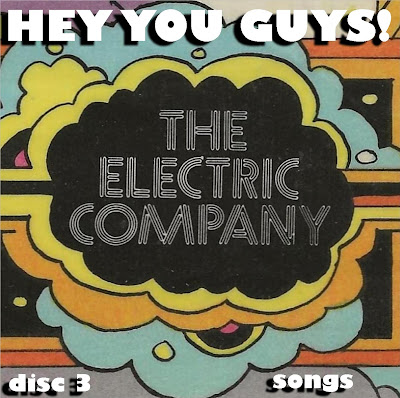 Today we conclude our three-disc set paying tribute to THE ELECTRIC COMPANY, one of the greatest things that ever happened.  Where our previous discs focused on lots of material that was put out on records, this last one is 100% audio from the actual program.  In other words, here are songs that not only were presented on the show (you can compare a couple that are here to their LP versions), but also several that accompanied some amazing animated segments and short films that made up the program! There are some real gems here, because, as I mentioned before, they were written and performed by extraordinary talent, rather than tossed off by disgruntled kids' show staff who were paid to fill space.  Just try--TRY, I dare you--to get past tracks like the stupendous "Right On" or "This Lollypop is Following Me" without repeating them in endless loops, over and over.  Try not to marvel at "Boris the Boxer" or wallow in nostalgia with "There's a Hole in the Bottom of the Sea." Also try not to be drawn in by the pure unrelenting funk of numbers like "Steady Freddy," "Hey Diddle Diddle," or "TION."  It was a great time to be alive. 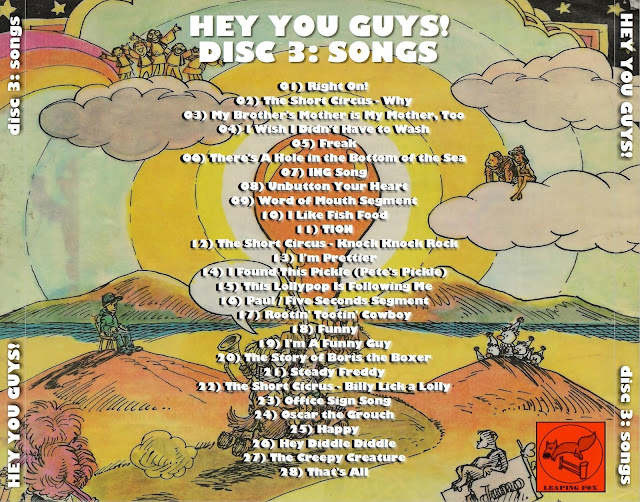 Which leads us to the point I made earlier, about what we can't enjoy because CTW or United Sesame Socialist Republic, or whatever they are called now, won't release it.  I'd put money on the fact that, like me, you are thinking of some EC songs right now that you can only hear in your dimming memory.  For me, it's "I'm a sloppy, sloppy, sloppy slob!" or the one I want the most, "I would, if I could, but I can't...so I won't!"  Anyone remember those? We can only hope this, like so many wrongs in the world, are one day corrected! In the meantime, enjoy this final disc! 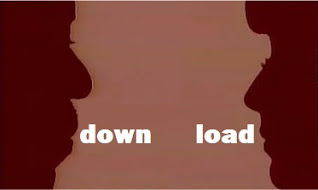 Quite few of the animated shorts like "Silent E" and "-LY" are in Tom Lehrer's Box Sets.