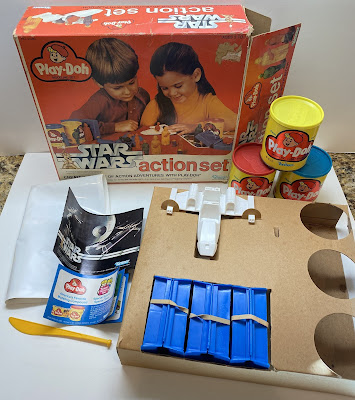 From 1979, here is the great Play-Doh Star Wars Action Set.  If you are like me, you have many fond memories of this set.  It's complete, apparently unused, and it only took me four different auctions to finish (vintage Play-Doh cans take some time to find, these days)! 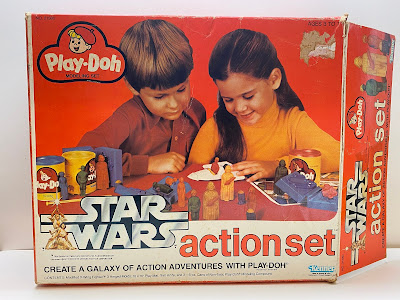 I cleaned the box, repaired one tear with acid-free glue, and also ironed some of it.  This is a trick I learned from a board game collector, using a regular steam iron (with no water in it).  You can achieve some pretty amazing results, especially for the thinner cardboard.  I've certainly never tried corrugated or super-heavy cardboard, but I doubt that would be very effective. 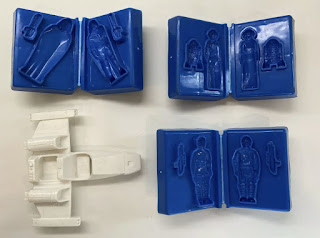 The set from my childhood "lived" at my grandparents' house, so I only got to play with it when I was over there.  Along with an X-Wing fighter, three molds are included, allowing the user to make Darth Vader, R2-D2, Princess Leia, and Luke Skywalker.  There has been some debate over exactly what Darth Vader's weapon is.  It looks like a laser rifle (which Luke also has), but on the box, he is made to hold it like his lightsaber.  I vote for "gun" because, if not, it's the worst lightsaber I've ever seen. 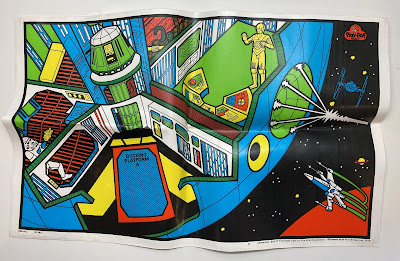 Play-Doh sets usually (and wisely) included a plastic play-mat, and the one for this set is pretty ingenious.  You get a three-quarter, cutaway Death Star to play around in, as well as some space to fly your X-Wing.  Bonus points for including the Dianoga! 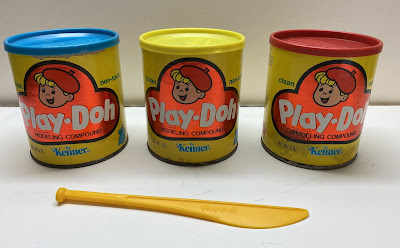 The set also includes the famous yellow Play-Doh knife (the other famous tool was the wooden rolling pin, not included in this set).  As I mentioned, the hardest parts to find in completing this set were the vintage cans from the same year.  If you recall, the cans of this era had steel bottoms, and you can hardly find any that aren't rusted to some degree.  I was pretty lucky, but one of the three had a bit of light rust, which I sanded off (NOTE: If you do so, be extremely careful, as the metal is extremely THIN here).  Afterwards, I coated the bottoms of the cans with a rust inhibitor, which is made for treating tools, and which you can buy in any hardware store.  (Another tip, if you go this route, do NOT over-apply, and allow plenty of time to dry, especially if it's cold outside).  After all of this, the cans were ready to be stored safely! 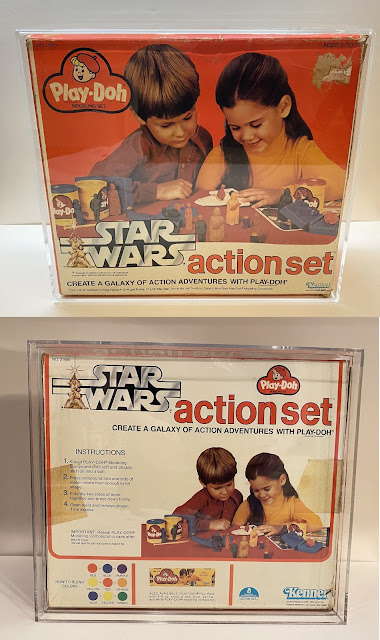 As you can see, I was REALLY excited about this piece, and even had a custom acrylic case made for it! Collectors always make a huge deal about having the original inserts, but the truth is, they can actually do the most damage to your items. When storing old toys like this, the important thing is to make sure that nothing touches the cardboard for long-term storage.  I wrapped each part in acid-free tissue paper (which, if you don't want to order it, can be easily obtained at Container Store).  I didn't mention the original Star Wars booklet, or the small Play-Doh catalog, but these, along with the playmat, were put into comic bags with acid-free boards.  And speaking of the Play-Doh catalog... 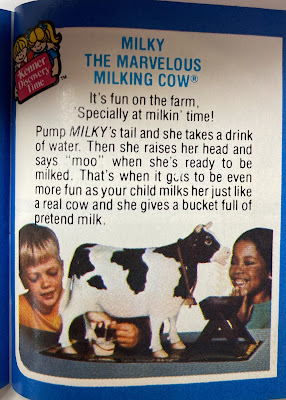 If you've never seen this Kenner...product, then you are in for a teat.  (A thousand apologies for that one.  I got carried away.) This was a real thing...somehow...and there was actually a TV commercial for it (see below).  I don't know who thought of this, but it's just weird, no matter how you look at it.  I mean, look at the photo.  The girl is ecstatic, and she's not even getting to do anything.  The boy...is having some sort of moment; I don't even want to know.
To top it off, it came with powder to make "pretend milk." I have no idea what "pretend milk" is made of, but I assume it was non-toxic, because you know all the little paste-eaters who received this toy were drinking it. Observe in bewilderment:
Posted by Sampoerna Quatrain at 11:48