Engrish With Ultraman Jack (part one)

First off, let's talk about this: 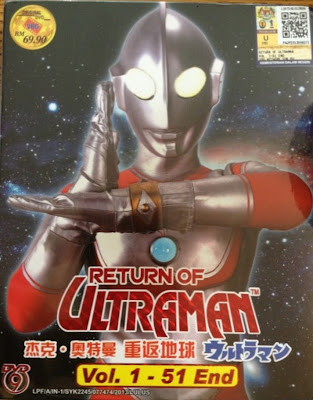 Recently, this DVD set (three discs) was released in Malaysia.  It includes a few different sets of subtitles, among them English! As soon as I was able, I rushed to Ebay and ordered my copy, waiting patiently for the discs to make their way to me, making the obligatory purgatory-like journey through Customs...
The wait was worth it.  We now have official releases of the first three shows, and now there is also a way to enjoy Jack in English.  Up to this point, the best you could do were Malaysian "English Dubs," but the entire series wasn't available, and the actors were so bad, you might as well be watching the original Japanese, where at least you can catch a word every so often.
This series is, sort of, the end of an era.  I enjoy all of the classic run of Ultraman (in other words, up to 80), but nothing so much as the earliest series.  It sort of brings the show full circle, as in the beginning the thought was to have the original Ultraman return, but they never fully committed to that, officially naming him Jack years later.  Ishiro Honda directs a few episodes (including the first one), and it's the first series made without the guidance of Tsuburaya, but his presence is evident.
I guess what I'm saying is, if the series had ended there, I would still feel fulfilled...but luckily, it didn't, and we have decades more of awesomeness--just never so much as in these first series, uh, serieses.  They are, to use some jargon of the youth of today, hard core.
Okay, with that out of the way, we are going to have some fun with the subtitles.  Now, if you have ever seen any Ultraman DVD's with "Hong Kong subs," you know they are very basic, and sometimes nonsensical.  These aren't nearly as bad.  The fonts are large, easy to read, and it's almost always clear what's going on.  There are lots of problems with pronouns, tenses, and plurals, but that's what makes it so much fun.  Occasionally, you get a moment like this... 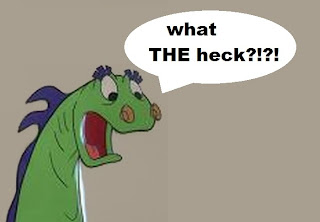 ...and hilarity ensues.  I know it's evident from other posts, but I have a real love for contorting and abusing the English language.  It cracks me up.  Let's get on with it.  There are plenty of fun moments, and I'm sure there will be more.  These screenshots come from the first DVD, which contains episodes 1-17: 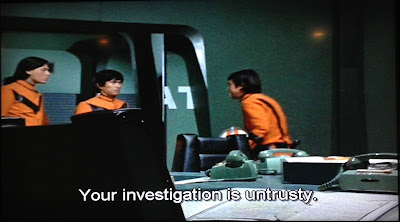 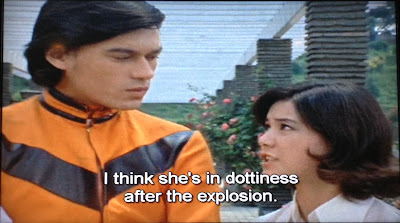 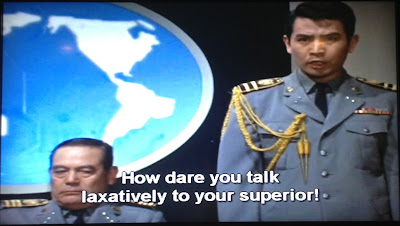 Posted by Sampoerna Quatrain at 07:45

"After all, it appears to be a portmanteau of WRINKLY and WONKY...I have a new theory that we can save time if we start combining words in our everyday conversation. Sounds like a recipe for anarchy, doesn't it?"

Isn't that what the Japanese do anyway? :-P

Hmmm...come to think of it, you are exactly right!!