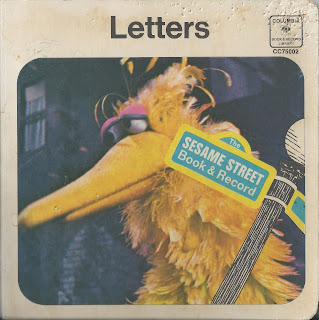 Time for Part Two of our look at the first five Sesame Street singles.  Last time, we introduced the cast and heard the theme, so what's next? Letters, of course, as teaching the alphabet was one of the series' main goals.  The inside of the book begins with a three-page triptych illustrating the ABC's: 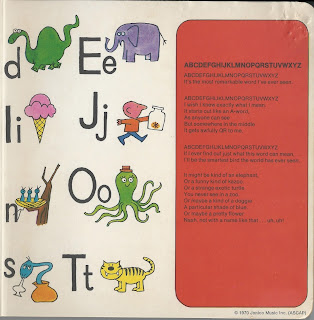 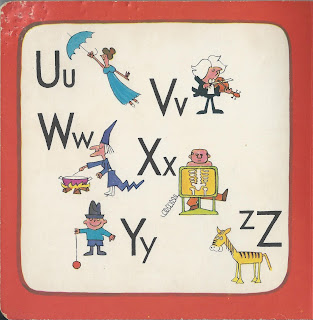 And of course, the song is "ABC-DEF-GHI," the one where Big Bird tries to make one word out of the alphabet, but it's probably not the version you are familiar with, expecially if you started watching mid-to-late 70's like I did.  This is the earlier, stupider Big Bird, with a bit of Bullwinkle in his voice.  Also, from the lyrics provided, you can learn that when he sings the word "queer," it is a pun using the letters Q and R, which doesn't translate in audio only.  I always thought that was strange, and now it makes sense.
Also, notice that some of the alphabetic illustrations have extra items for their letters, such as P:  a pirate with a patch, pistol and parrot, holding a puppy.....but no pegleg, alas. 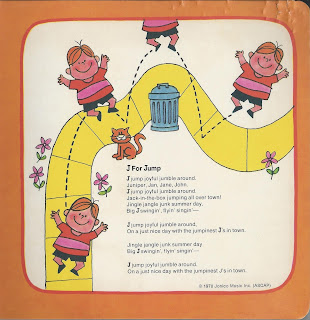 The B-side is lesser known, and was obscure to me, probably because it got replaced over time with a better "J" song (the one about "J, Joe, jeans, and his jellybeans, yeah, let's sing a song about J").  That Joe Raposo was fantastic, though. 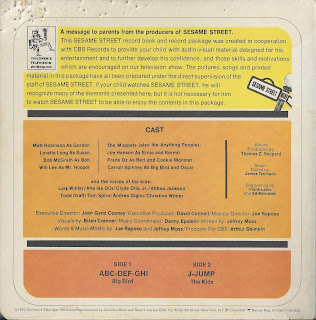 And now, on to the 45 itself.  Again, same front and back as the book: 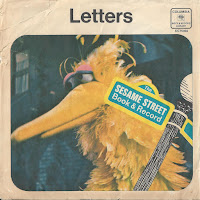 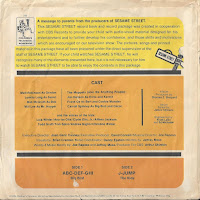 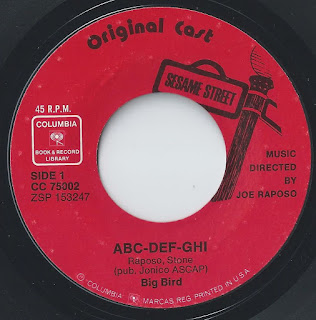 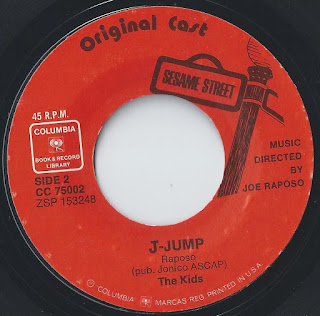 NOTE: Links for all five have been combined and moved to Part Five, so see there!
Posted by Sampoerna Quatrain at 12:46