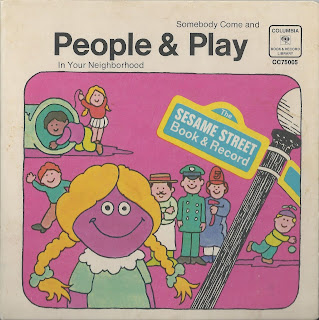 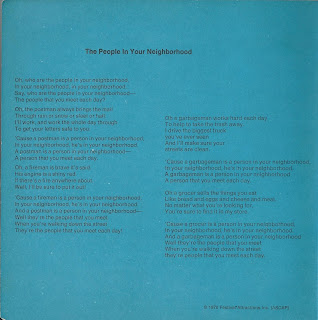 The first page features the lyrics to the A-side, the famous "People in Your Neighborhood" song.  According to the Muppet wiki, this song is longer here than on any other version, including the album it was taken from, and features a couple of extra verses about a couple of extra folks in the titular neighborhood. 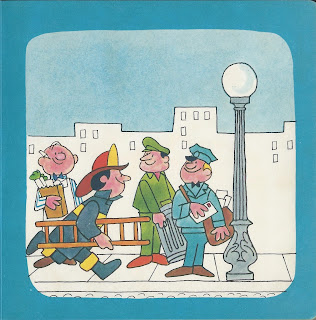 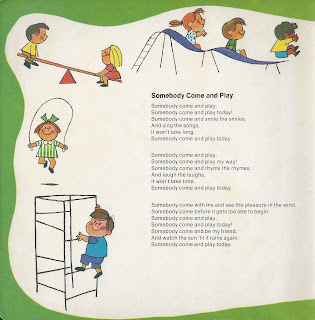 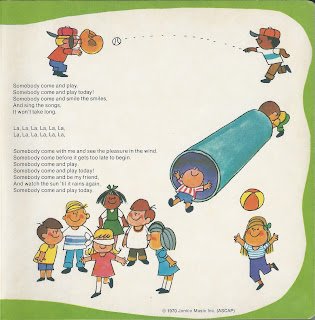 The B-side should also be familiar to viewers, "Somebody Come and Play."  This is one of those songs that will divide people, because you will either love it, or see it as shrill or cloying, depending on your proclivities.  I personally like it, even though I'm aware that it is the major-minor chord changes that are playing on me like a violin...that said, I did not like it as a child, but probably because it's about a child all alone longing for playmates.  You can either interpret the singer as lonely, or as simply waiting for the other kids to get there.  Again, depending on the listener. 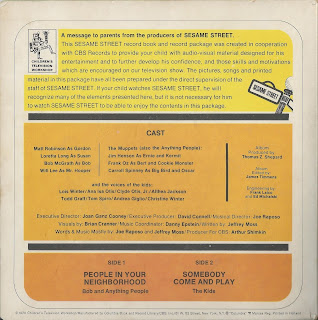 Back cover to the book, which matches the sleeve for the record: 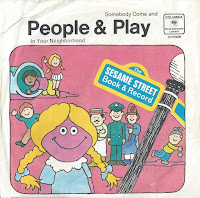 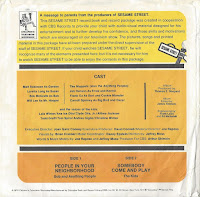 And now, the labels: 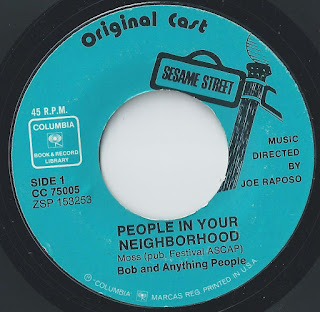 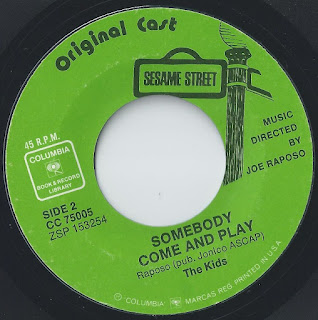 I'm sorry to say, this concludes our series on the first Sesame Street releases on vinyl.  This book-and-record Columbia series went on, at least to a ninth single, as far as I can tell.  Hopefully in the future we will be featuring more of them.  At the time, the original batch of singles were all from the first album, which, like the first single, was also called THE SESAME STREET BOOK AND RECORD.  By the time I had it, though, it had been re-issued a few years earlier as SESAME STREET 1, with some changes made (because of changes in the cast): 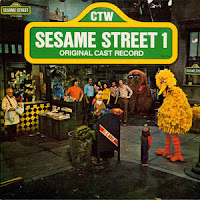 And now, the link TO ALL FIVE.  Enjoy: