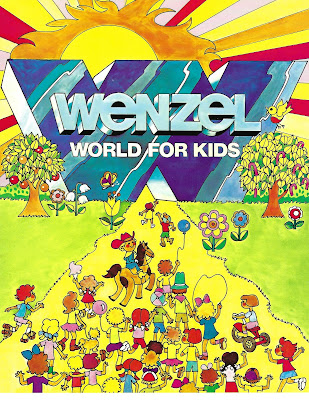 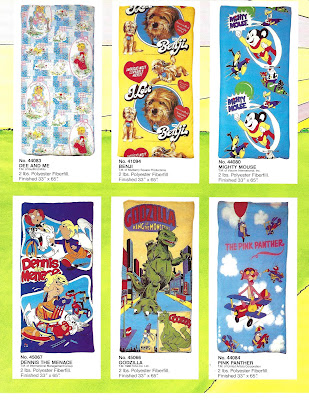 Thanks to Sean Linkenback for alerting me to the presence of this dealer's catalog from 1980 that was recently discovered! Among the many vintage sleeping bags offered inside, right between Dennis the Menace and The Pink Panther, was this one: 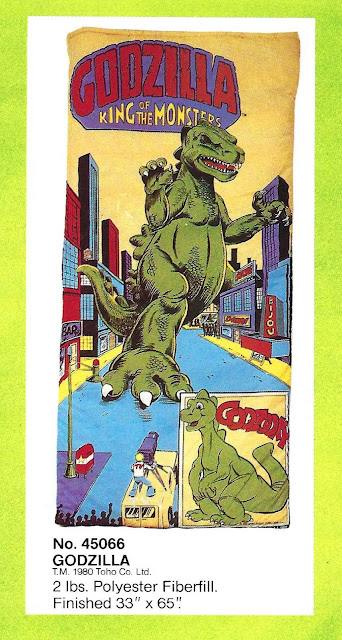 A Godzilla sleeping bag? That includes Godzooky? From 1980? With completely original artwork? It's almost too good to be true.  Which leads me to point out, occasionally these sorts of dealer catalogs would present items that never actually went into production.  On our Chronological List of American Godzilla Items page, we have a couple of such examples at the bottom of the list.

So now, the race is on, to actually find one! If anyone has any info, please drop us a line!

As a footnote, here is the next most interesting page of the catalog! 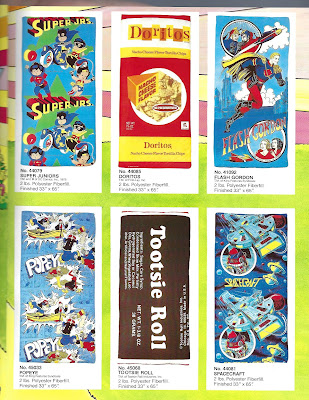 Posted by Sampoerna Quatrain at 08:52

Again with the Zooky.
But that is one sweet Godzilla! I am glad they went with this heroic inclination. People are still gathering a safe distance to view the big G, TV crews are set up to film him for variety and posterity, space is given for his huge clearance, and he still looks fierce.
I take it since you were surprised by this that a similar pose and composition was not detailed in any of those Cinnamon House books you have?

Not that I remember! I need to drag those out for a future post, and show more of the contents!