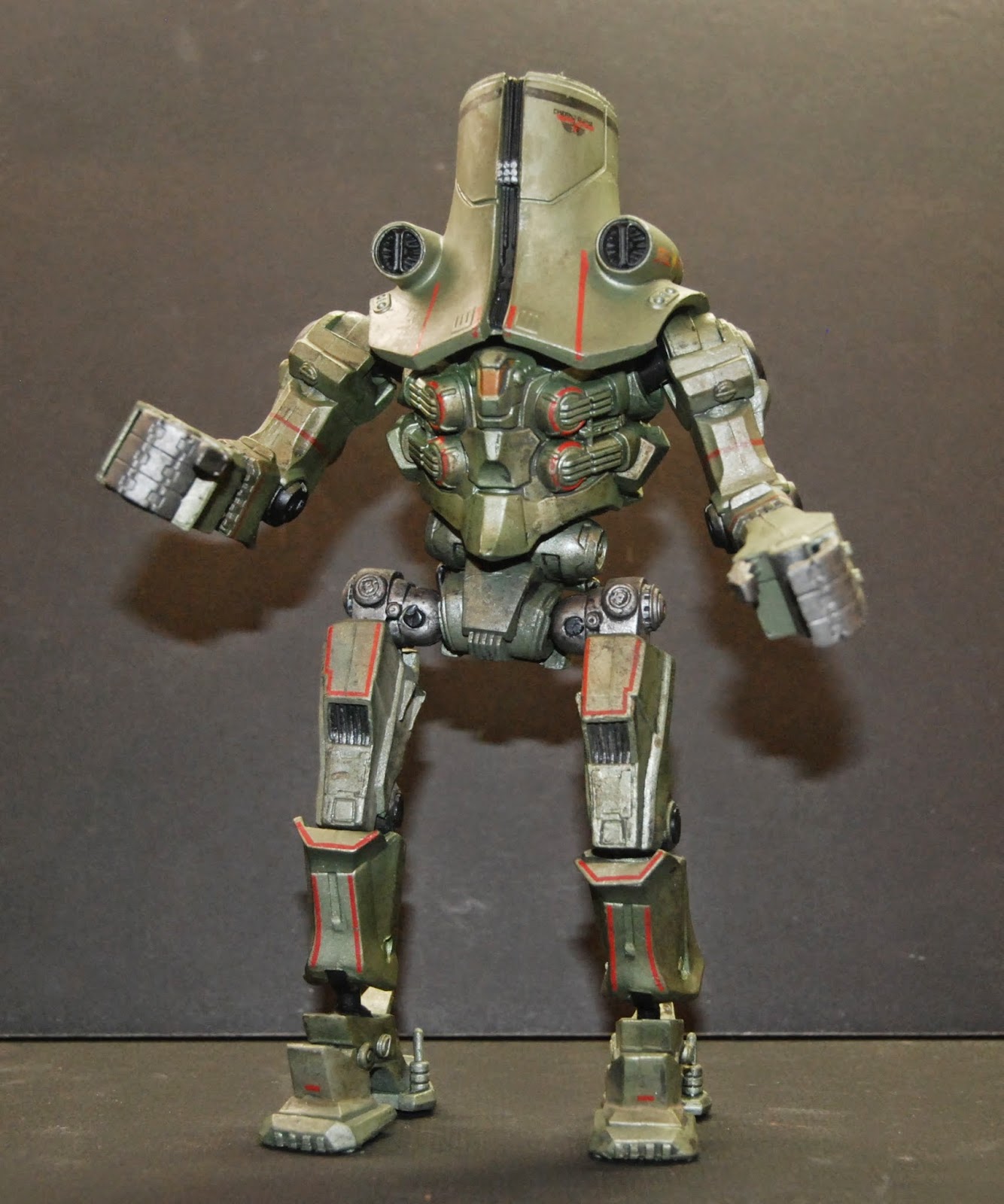 When NECA started to make Pacific Rim action figures, this was one of my biggest wants.  Known as "the Russian one," the design of this Jaeger is a joy to behold. 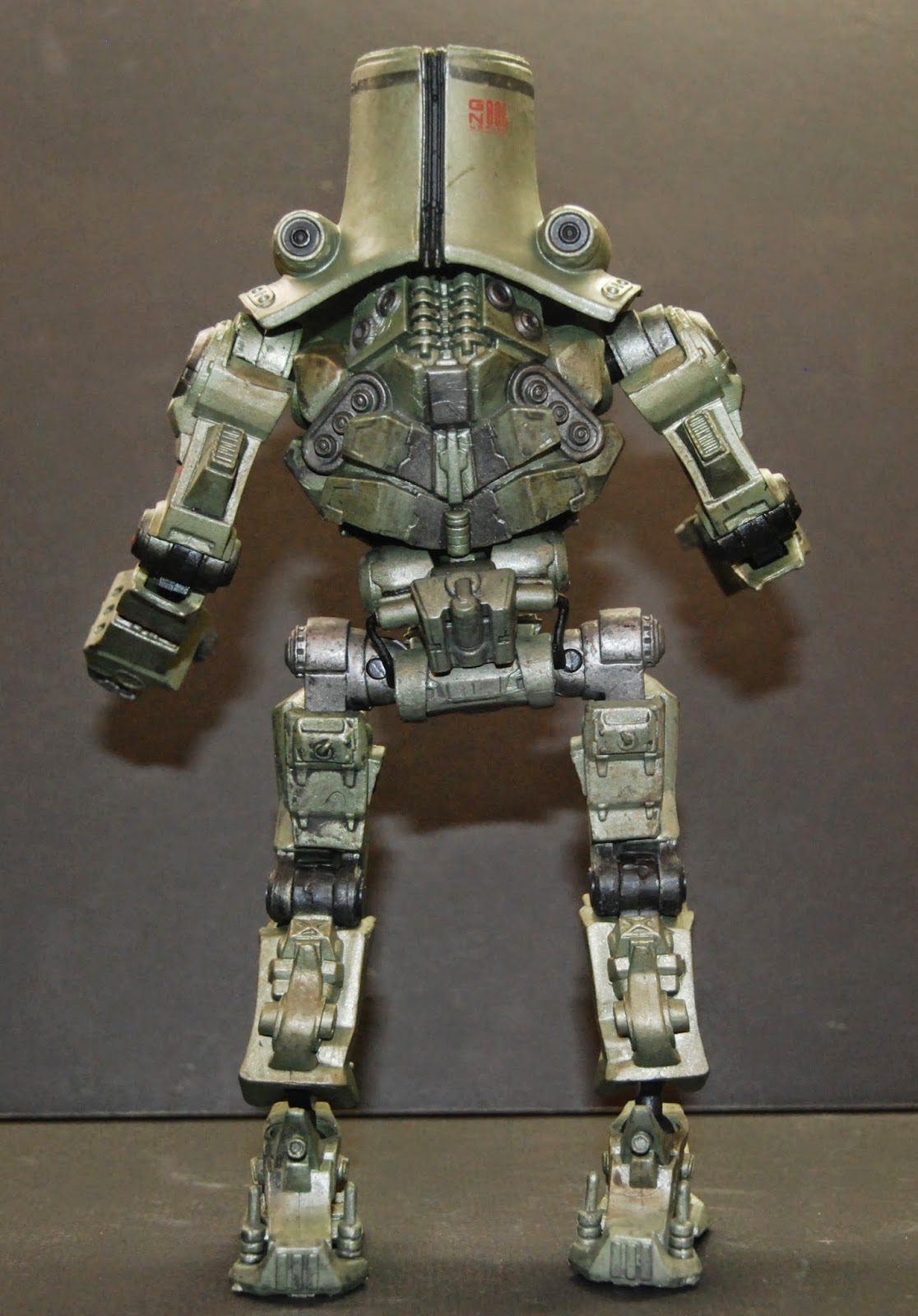 And they keep improving with every wave.  Just look at the detail and the paint applications on this one!  The splendid "conning tower" shape of the robot's head is complimented perfectly by the body design.  He has tons of articulation, including "extending" forearms, hands that close, and speaking of that amazing head design, it can even turn slightly.  And check out the detail on top: 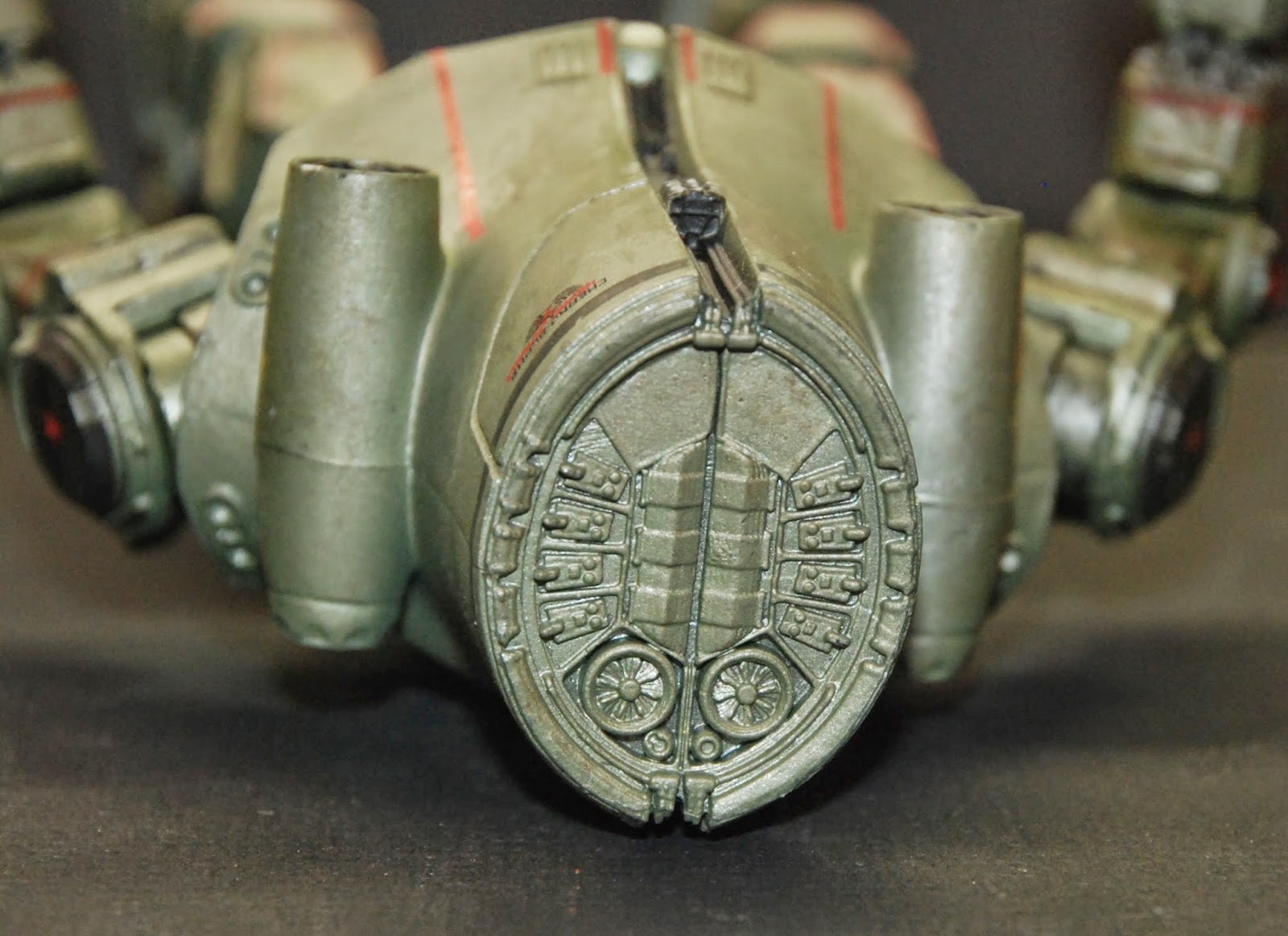 There are no complaints possible, but if there were, it would be that NECA has quickly outpaced their earlier designs, I fear more re-makes are coming...the only one I haven't obtained yet is the new Knifehead, but it looks like it's going to happen, especially now that I've seen photos comparing him to their first Knifehead.  In short, NECA has taken "awesome" and kicked it up a notch or two to "incredible."

I haven't rewatched the film, or checked the excellent Pacific Rim Wiki to see if the two newest Jaegers are really taller than the earlier ones released, so I'm not entirely sure if the scale of the whole line has been bumped up, or just the kaiju.  I just know that the first Knifehead looks shrimpy standing beside my Tresspasser! Below are the inserts from this amazing figure.  In the next couple of posts, we will look at Coyote Tango and Tresspasser. 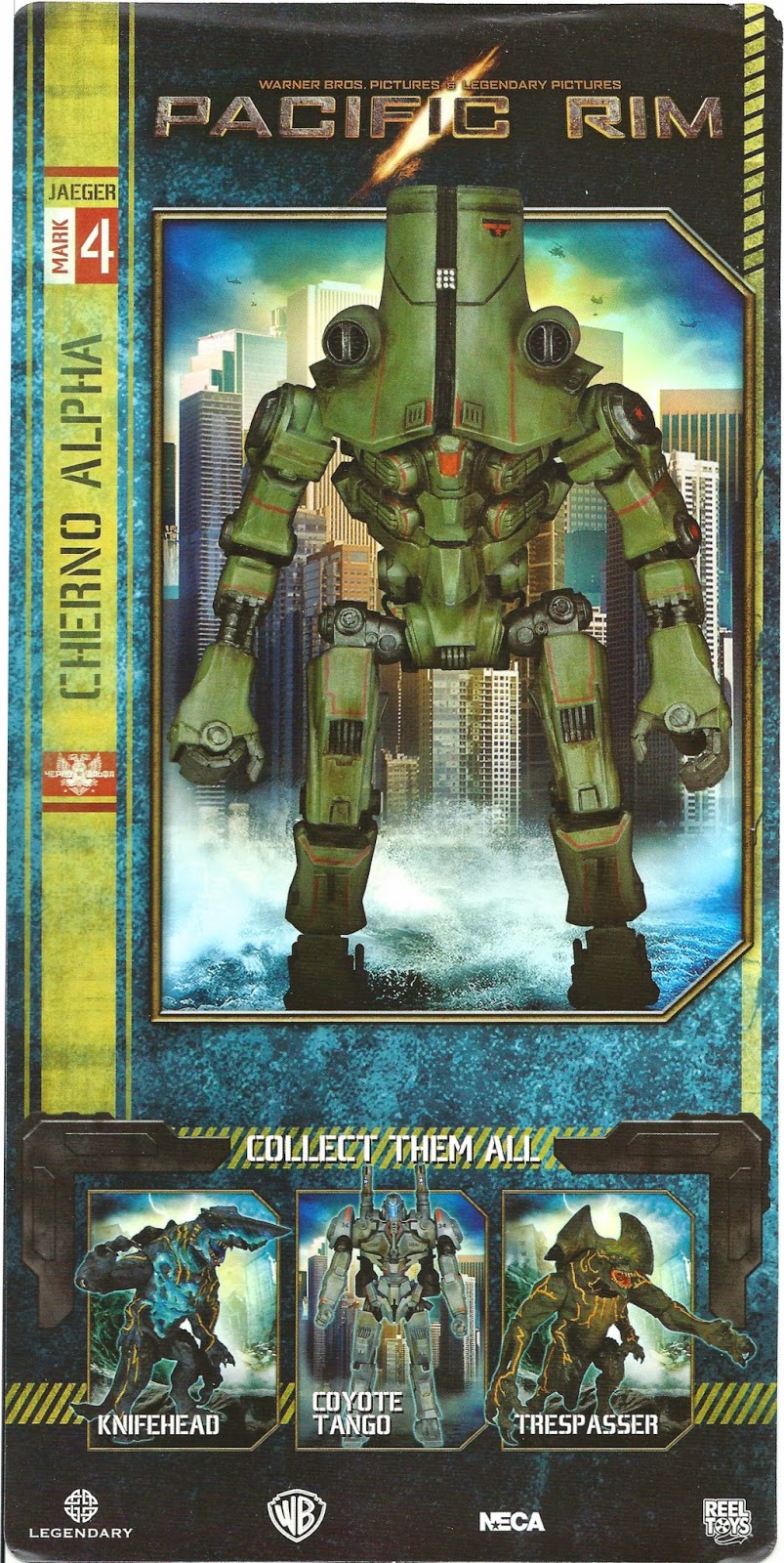 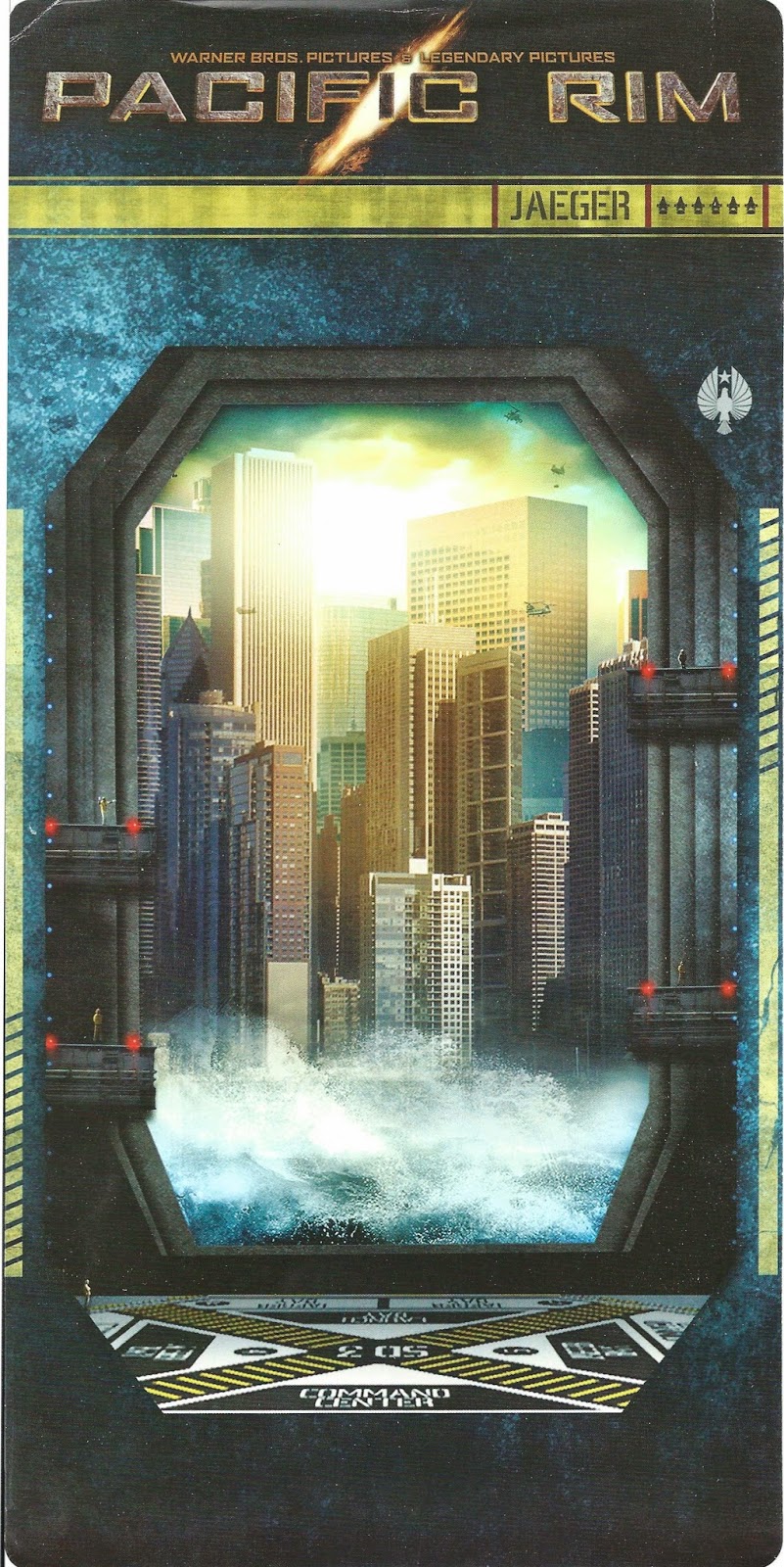 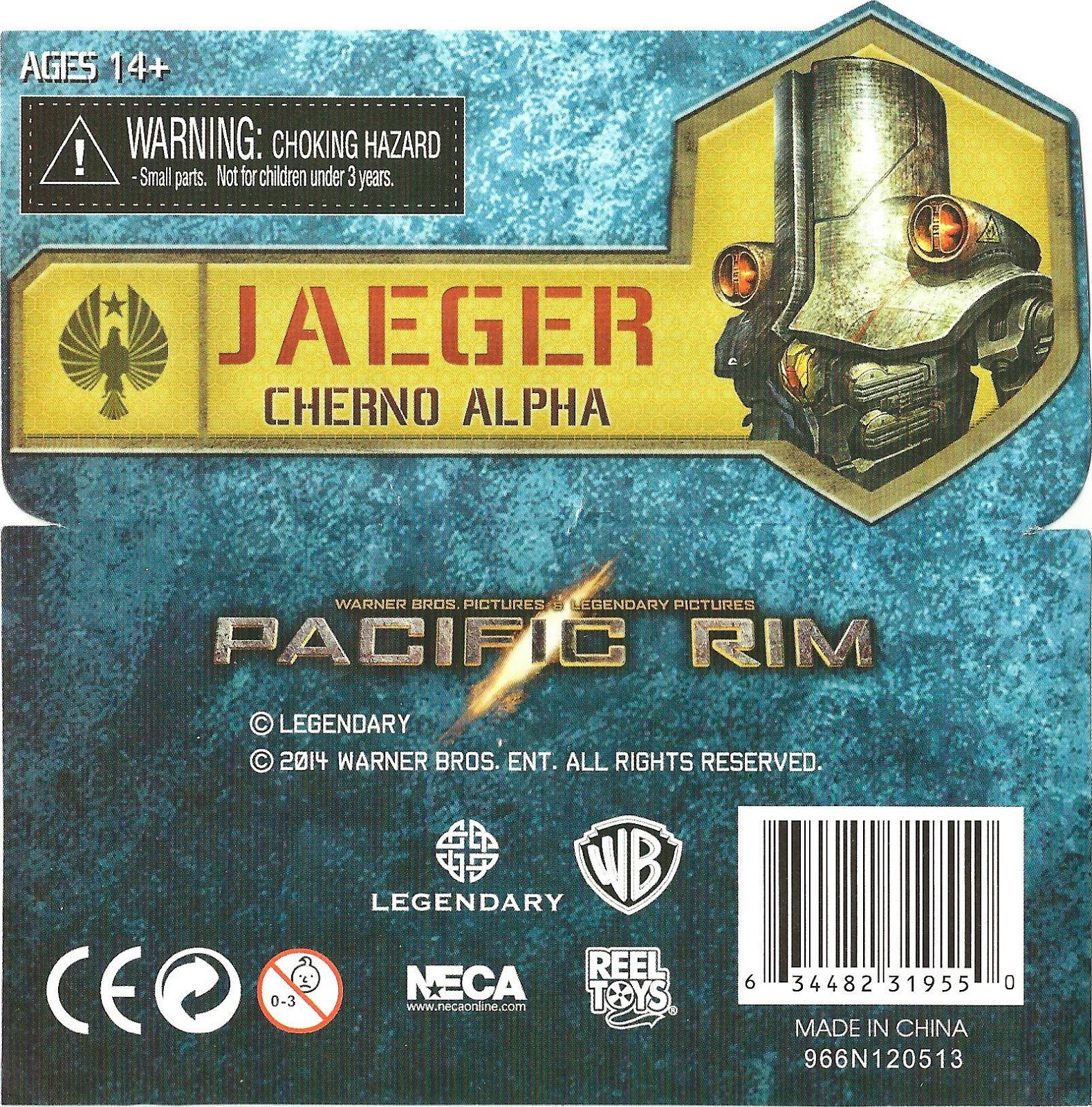 Posted by Sampoerna Quatrain at 12:55