Scalpers Can SUCK IT... 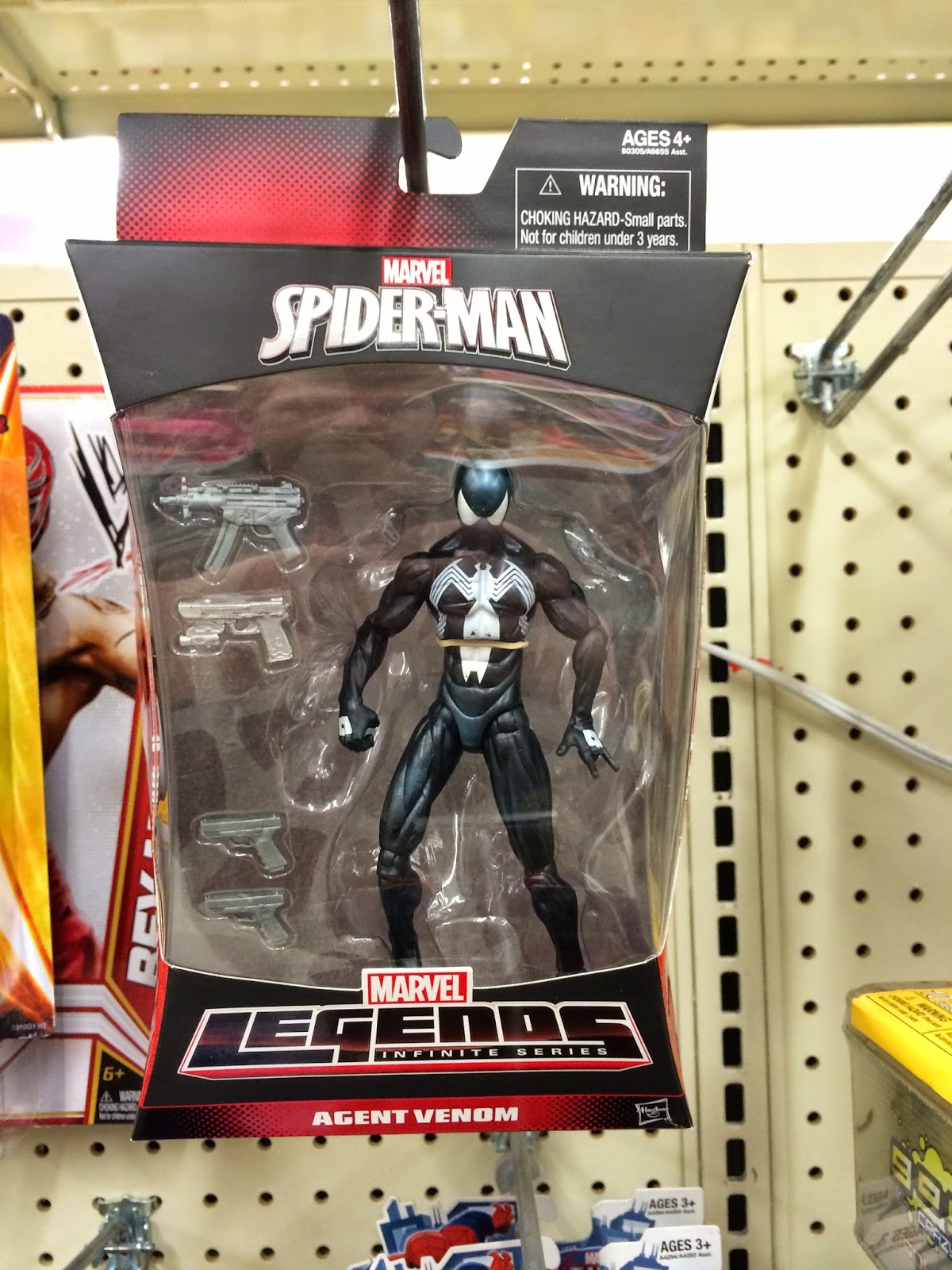 You aren't funny, whoever you are.

This was the scene moments ago, at my closest Walgreen's.  As you may, or may not, know, Walgreen's has several "hot" action figure exclusives this year, which are currently showing up, giving some of us a reason to finally go in there.  They have one Spider-Man, and one Star Wars, both six-inch, overpriced figures.
Now, I don't give a tinker's dam about comics that Jack Kirby didn't do. (That is actually a bit of artistic hyperbole...what I mean to say is, I am not familiar with modern comics.)  I didn't know what an "Agent Venom" was, until my ten-year-old told me, and I still don't exactly understand...but he wants one, super badly.
So, instead of finding one, this is what I see on the pegs.  Now, for the benefit of the uninitiated, here is what it's supposed to look like: 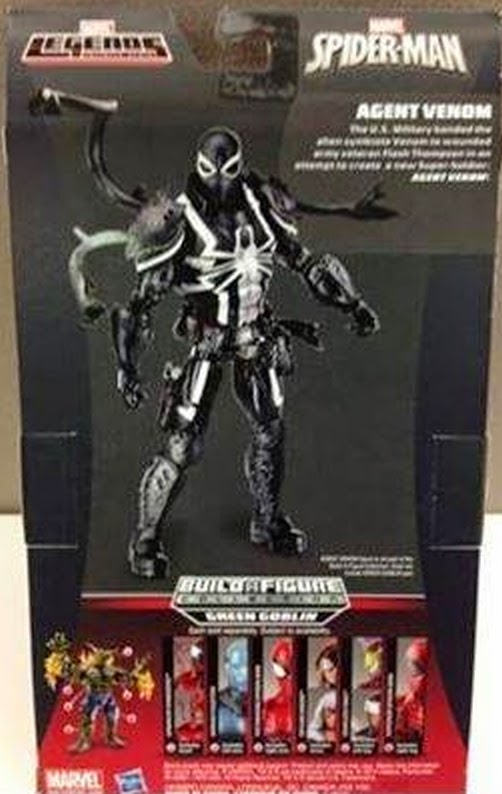 Notice any differences? Oh yes, you do.*

Some scumbag switched it out with a black Spider-Man, and returned it.

Now comes the really great part of the story.  I decided to do two things: 1) report my findings to the store employees, and notify them that they had been ripped off, and 2) use the good deed to ask if there were any more in the back somewhere.

So yes, I had motives, but at least they were honest motives.

Well, proving the maxim I live by, which is "NO GOOD DEED GOES UNPUNISHED," I was reminded why people get away with these sorts of things.  Quite simply, it's because retail employees can be new kinds of exceedingly stupid.  Not only did I wait 20 minutes for the manager to look and not find anything, but while I'm waiting, the worker decides that it simply CAN'T be a switcheroo, because after all, people don't DO that, right?
My energy and stamina to deal with doltery rapidly depleting, I gave it one more try.  I told him to compare the figure to the photo on the back.  Then I told him to notice how the figure didn't even fit into the tray properly, and left unfilled space.
Suddenly, he decides it must have been some kind of factory error.  "See, they just forgot to put the shell on," he said.  The SHELL? The WHAT???! Godfrey Daniel! Shades of Ninja Turtles!?

My friends, if we learn anything from this debacle, let it be two things:

1) Every day, people are leaving the school system in this country unable to write their own names, or form sentences with actual words.  For these people, there is retail.
2) Walgreen's is completely unqualified to sell exclusive action figures. 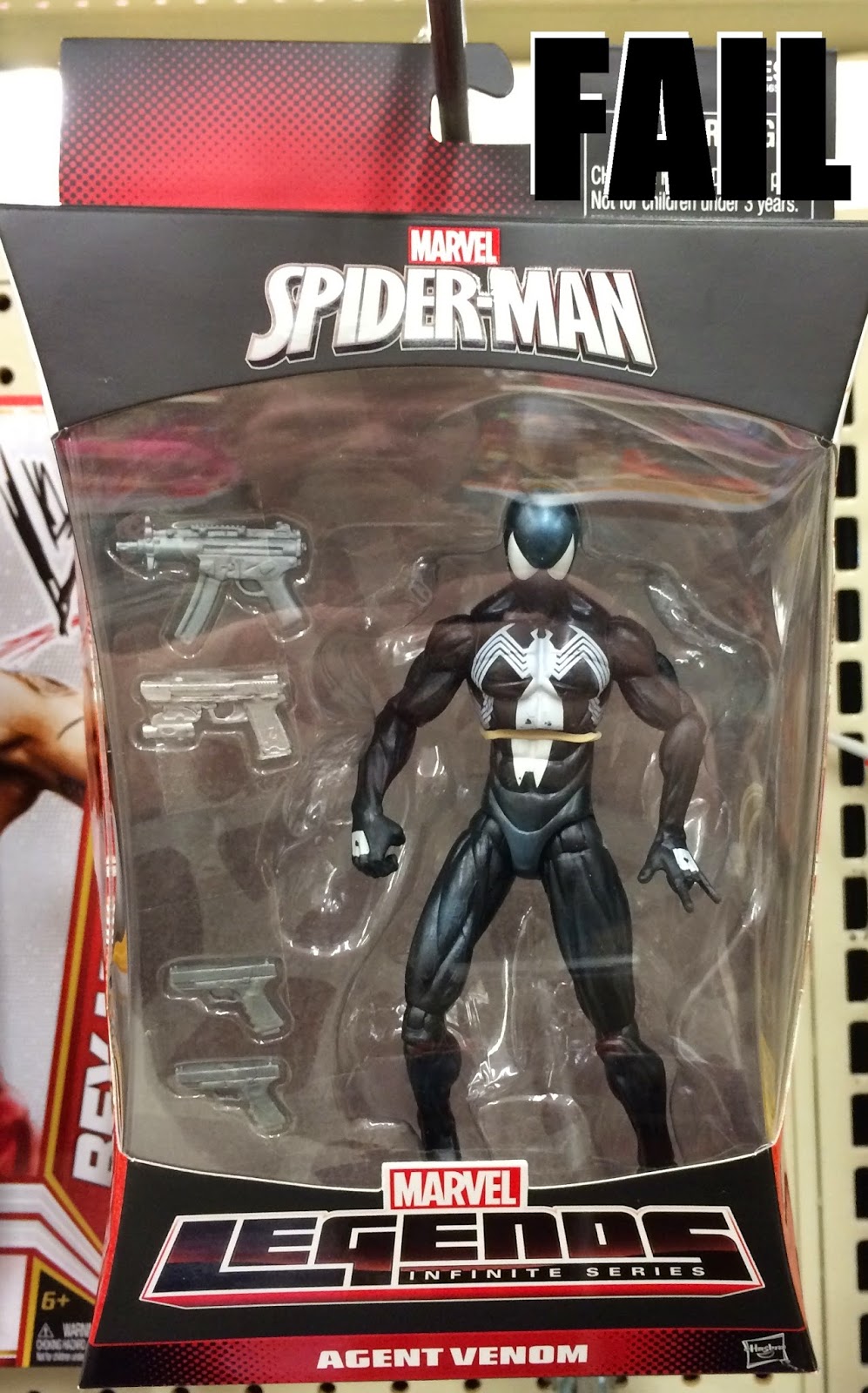 My theory is that the factory was so busy trying to incorporate your reflection into the top part of the plastic that they simple forgot the shell!

Ha! Oh, that's not me. That's part of the artwork!