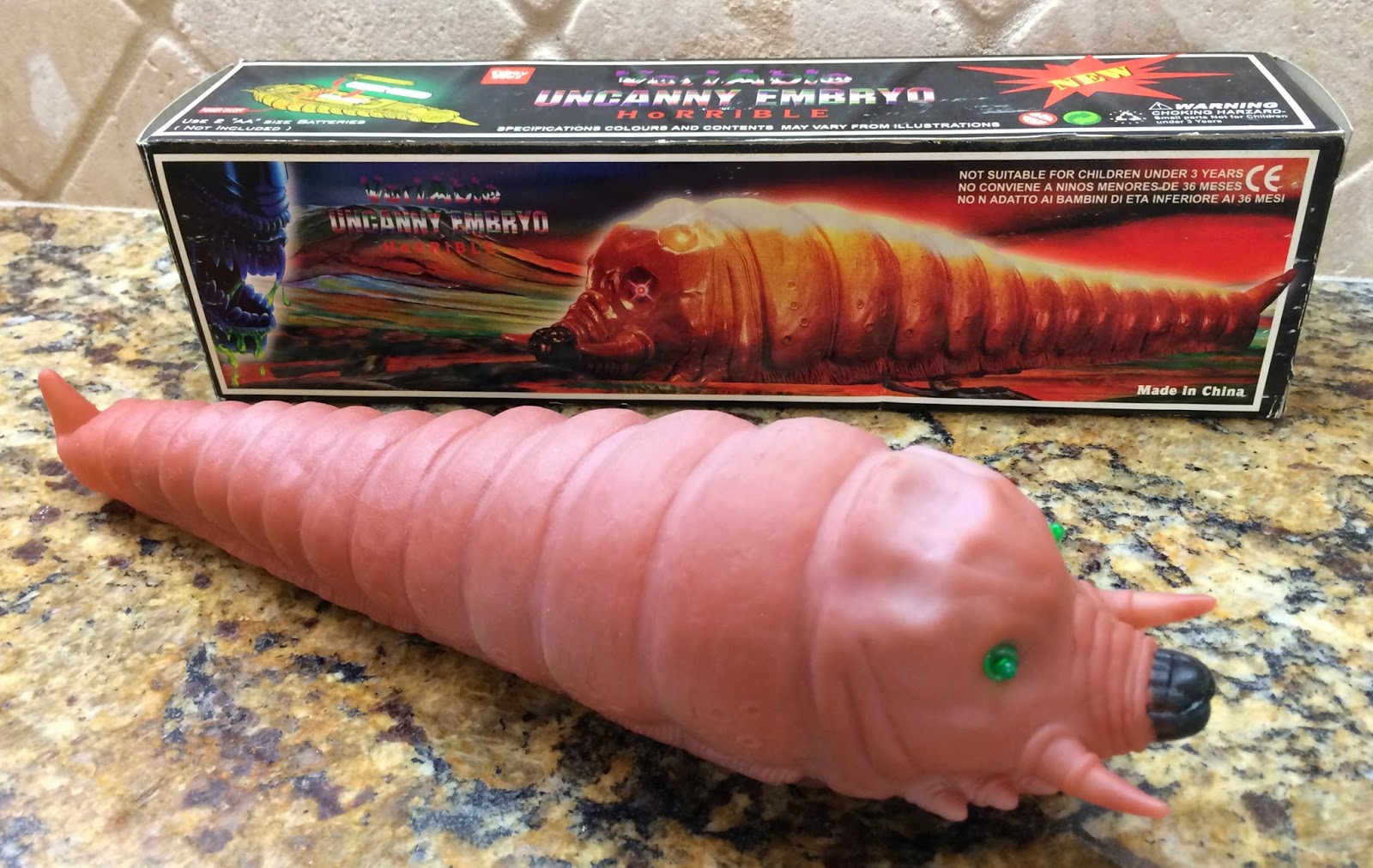 I talked about this before, in a series of articles on bizarro Ebay items, because I really never thought I would end up with one.  Most opening bids are ridiculous, which is true throughout Ebay these days.  However, I recently bought an interesting lot of Godzilla items, and this was included, so Godzilla item + bootleg + Engrish = score!

One thing we can say about this item is that it was made to try and capitalize on the ALIEN(S) craze, which the box art clearly tells us.  After that, things start to get confusing.  Surely this was molded from an existing, motorized Mothra toy? But the question is begged...why?

And another thing:  the seller thought it was produced in the mid-to-late 1980's, presumably to line up with ALIENS, but I am thinking it's really from the 1990's.  Note all of the warnings and CE symbols, above.  Those make me think it's a bit later than first thought. 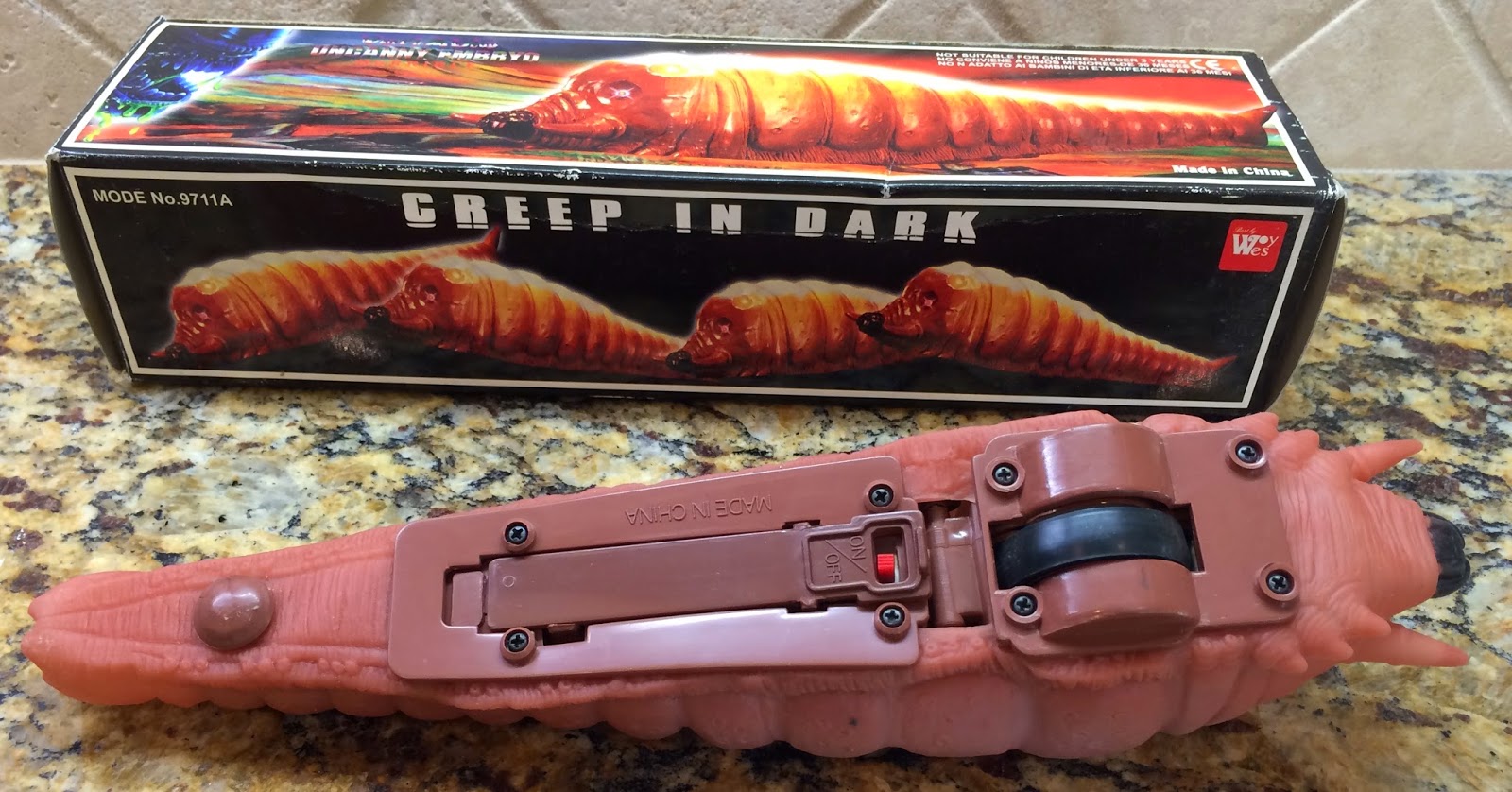 This thing is about a foot long, and, not surprisingly, is made of the cheapest materials imaginable.  The rubber body is very thin, like an inexpensive Halloween mask.  In fact, the plastic button on the left side of the picture (which I suppose anchors the body to the frame) crumbled when I was adding batteries, so there you go.

So now the question is, does it CREEP IN DARK? Well, yes, actually, but if you let this thing creep up on you, you are quite deaf.  I added two batteries, (which was very difficult to do because the battery chamber is undersized) and switched it on.  Not only did the eyes light up (green, which Mothra larvae eyes never have been), but it zoomed across the table about two feet, and then stopped, emitted a high-pitched groaning sound, and then folded in half, with its front half raised up (you know, like a Mothra larva about to spray silk), and then repeated the process.  The box art would have you believe that it flops erratically...?
This is cool, and all, but once again, it's nothing like anything from ALIENS.  But, after all, I suppose that's not the point of bootlegs anyhow, and I wanted a Mothra larva anyway.
As a side note, apparently this item was also available in green, which I guess is a step closer to being "Alien," but I'm glad I got the, uh, taupe(?) one.
Posted by Sampoerna Quatrain at 09:21