Alternate Godzilla Puffy Stickers (1979) and others! 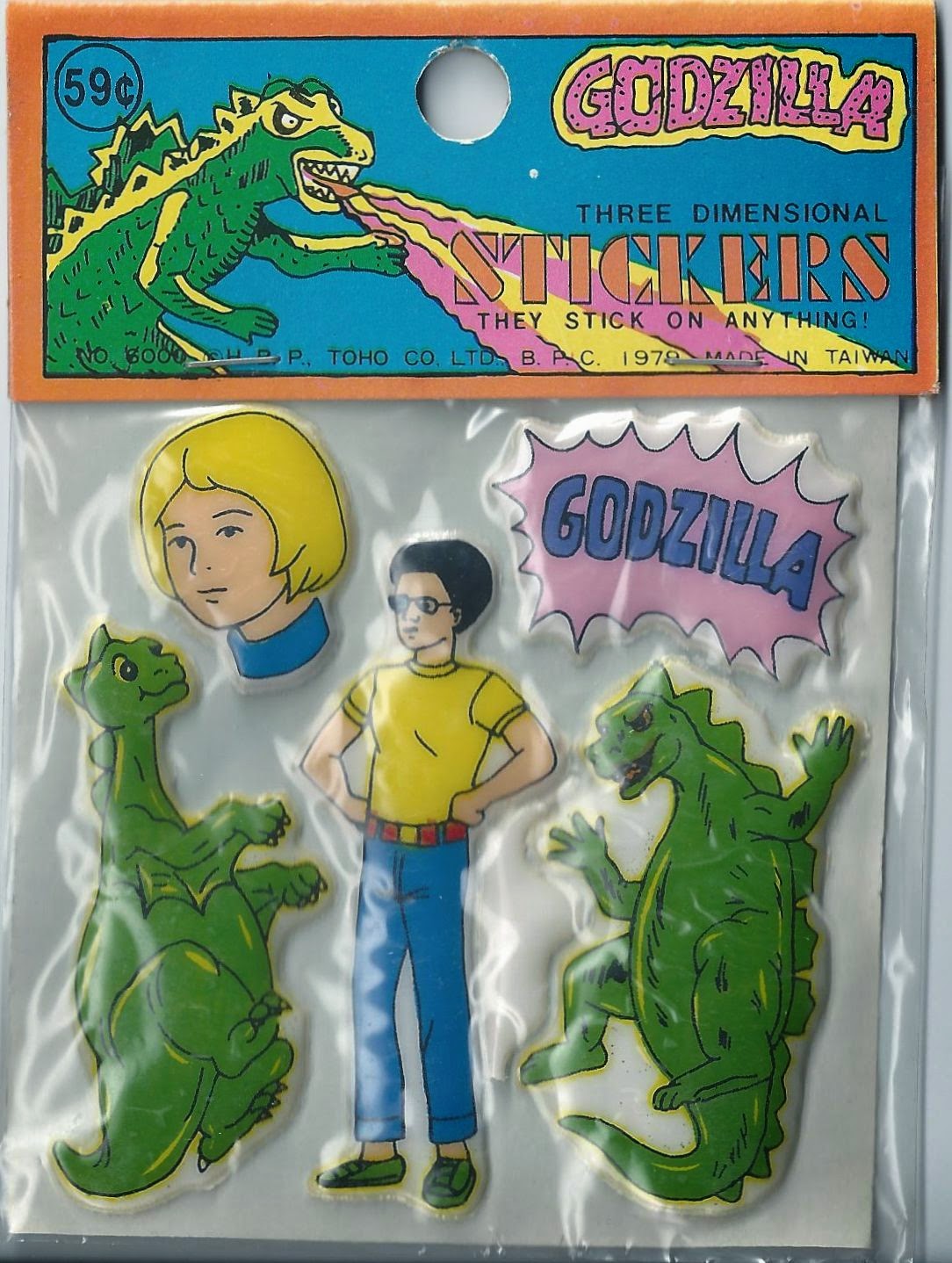 From an interesting lot that just arrived in the mail, here is a small set of Godzilla "puffy stickers" that I almost overlooked.  While the stickers are the same as the previous version we have seen, the artwork on the header card is a mirror image of that other release (and a bit sloppier).  It also has a completely different item number!
Here is the one we have looked at before.  The difference is, the previous one was sold in a Godzilla wall display with pockets, and this new one came from a rack display of various stickers (more on that momentarily): 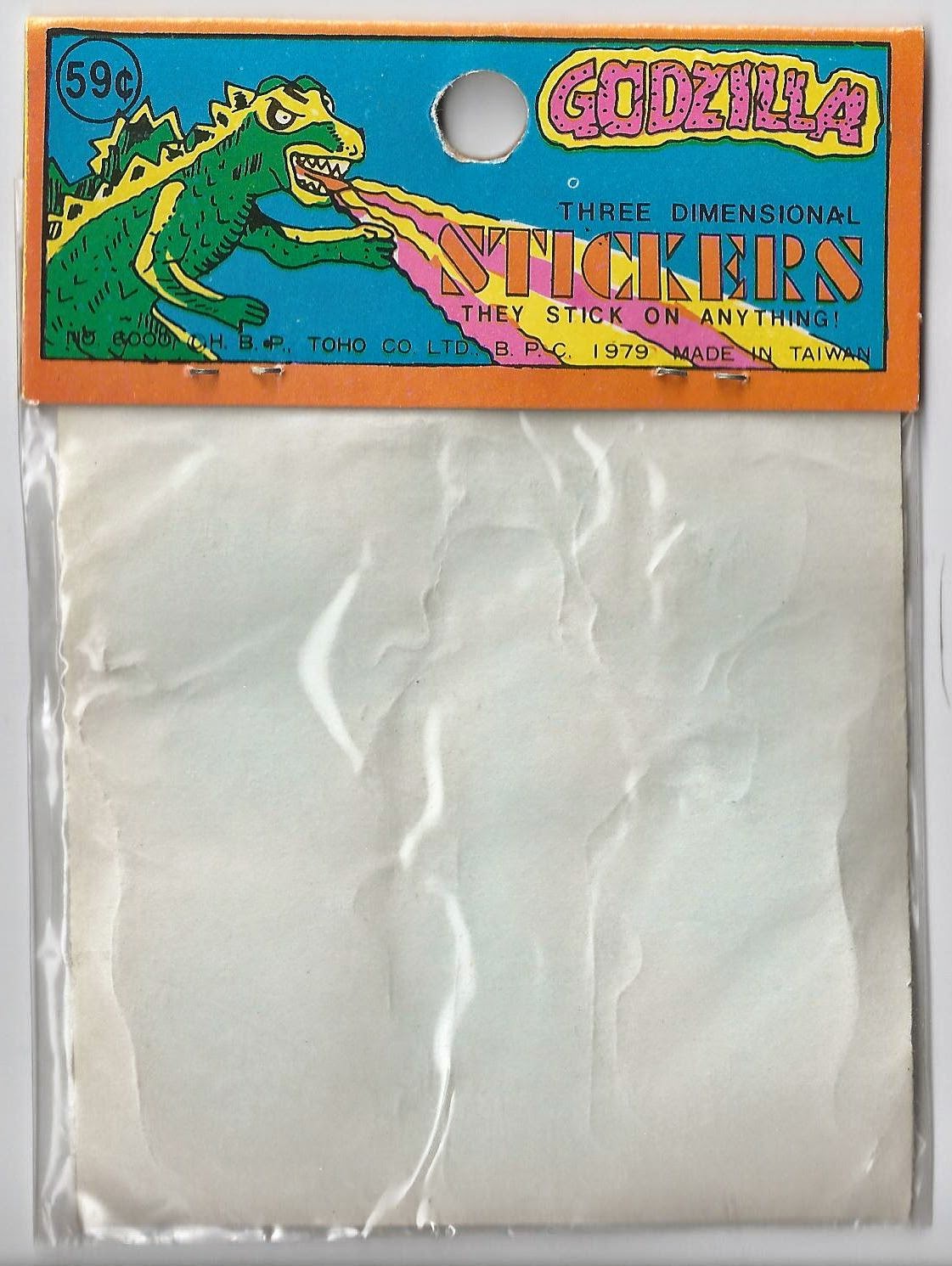 Now back to this current one:  The fine print gives copyright credit to H.B.P. (Hanna-Barbera Productions), Toho Co Ltd, and B.P.C. (Benedict Pictures Corporation), all without a clue as to the manufacturer.  The "No 6000" is probably the assortment number, as the other stickers we will see below have that same number also,
and all came together.  There is actually a complete store display of these items on Ebay right this minute, and the complete display looks like this:

Note Scooby-Doo, but also other non-HB properties like Mr. Magoo, Underdog, and this: 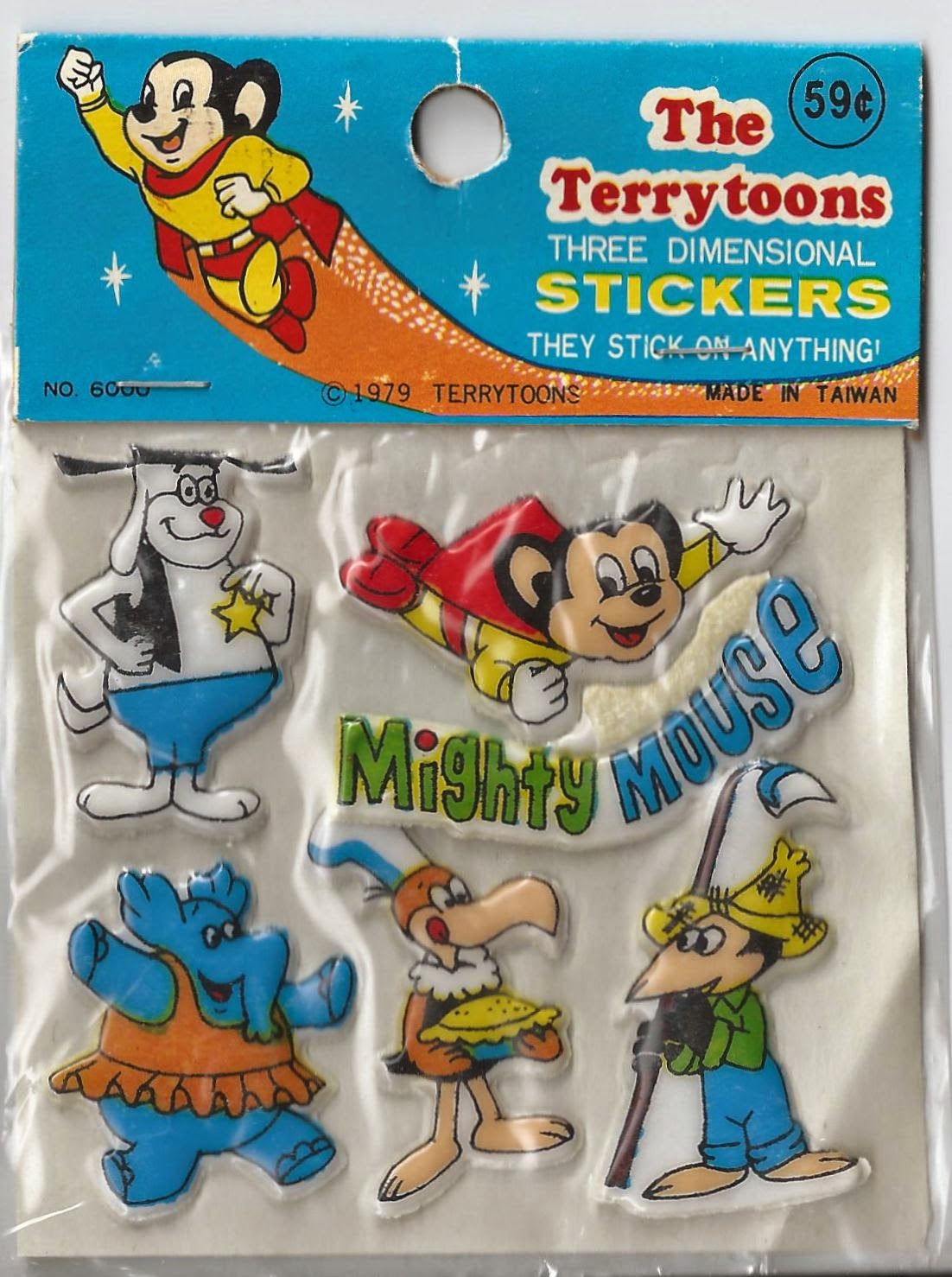 I thought this was really cool, although I have no idea what the middle character is on the bottom row...it looks like Sonny from Cocoa Puffs holding a pie.
Also, if you were a kid in the late 1970's, you will undoubtedly remember all of the generic items like this that were around: 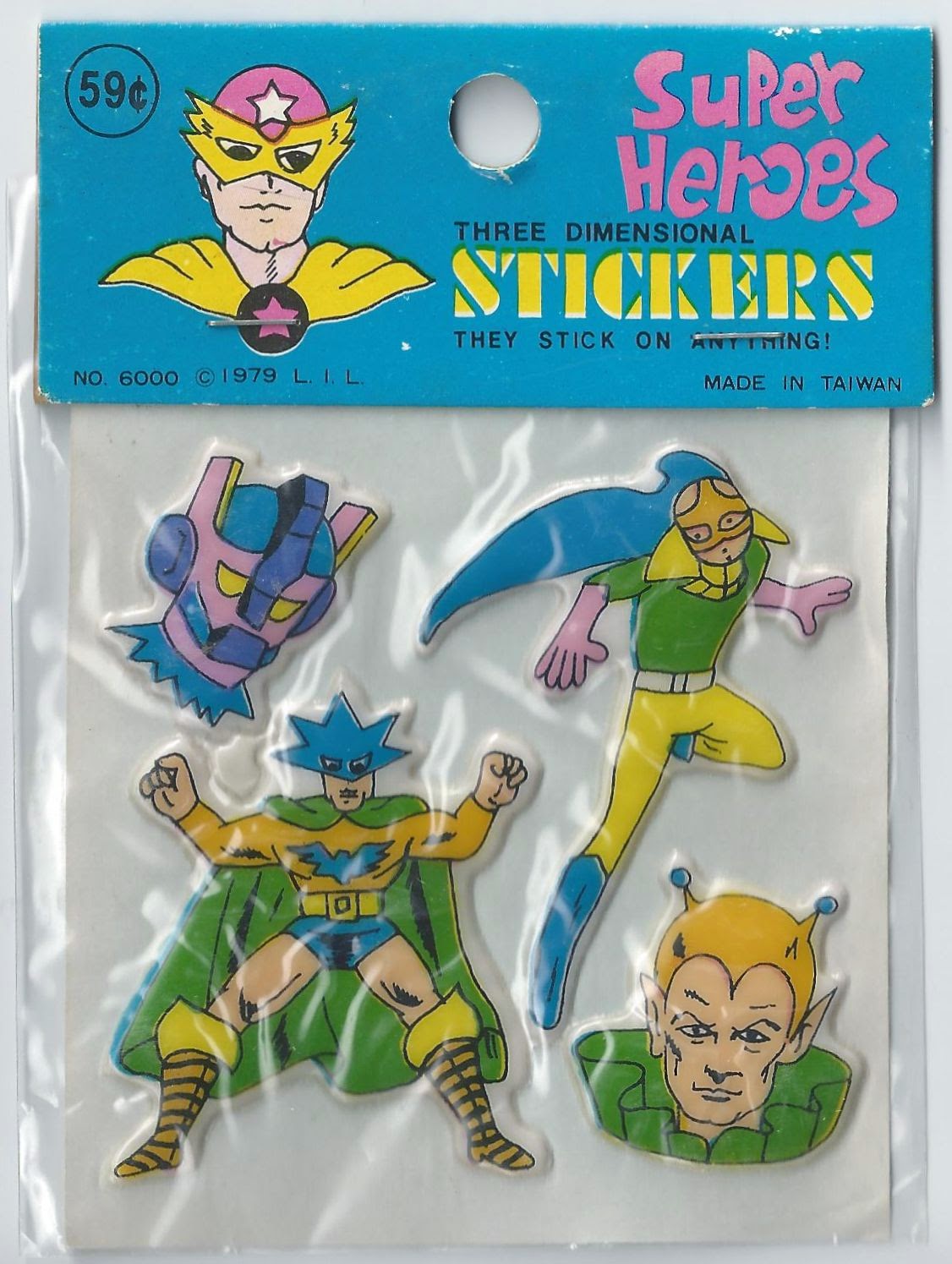 Why pay for licenses for super-hero characters? Just make your own; nobody will notice...except that these are the most phoned-in, ridiculous half-attempts that you could imagine...I especially like the bottom right corner: "Flash Gordon Alien Head In A Bundt Cake Pan Man." They had a Star Warsy-ripoff too in this assortment called "Space Warriors," but it apparently was just as random.
Posted by Sampoerna Quatrain at 07:37