Neca managed to squeak in one more figure in their Godzilla series before the year was over!  Third in the line is GODZILLA 1985, incidentally the only of the 28 films to never have an official DVD release, and another unique suit that was used only once. 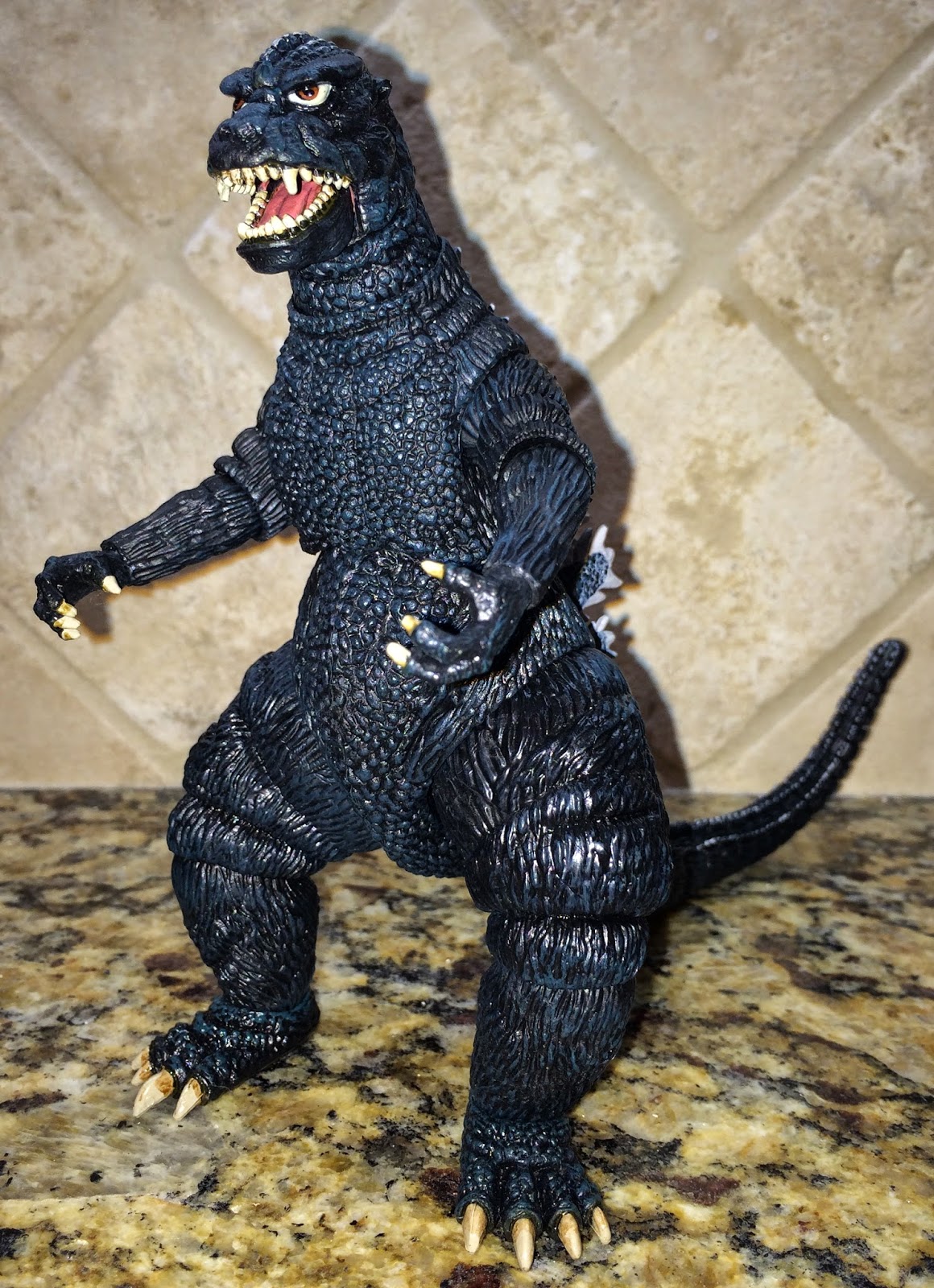 While possibly my least favorite Godzilla design, this was a great choice for an action figure, because the suit is under-represented...and, come to think of it, when the movie came out, there were no toys available in America that captured its likeness accurately, so this is new territory.
Another thing, you have to hand it to Neca, again, because when the prototype for this figure was first shown, it didn't look much like the suit from the film, especially the head.  They went back, corrected the mistake, and still got the figure out before the end of the year! That is service. 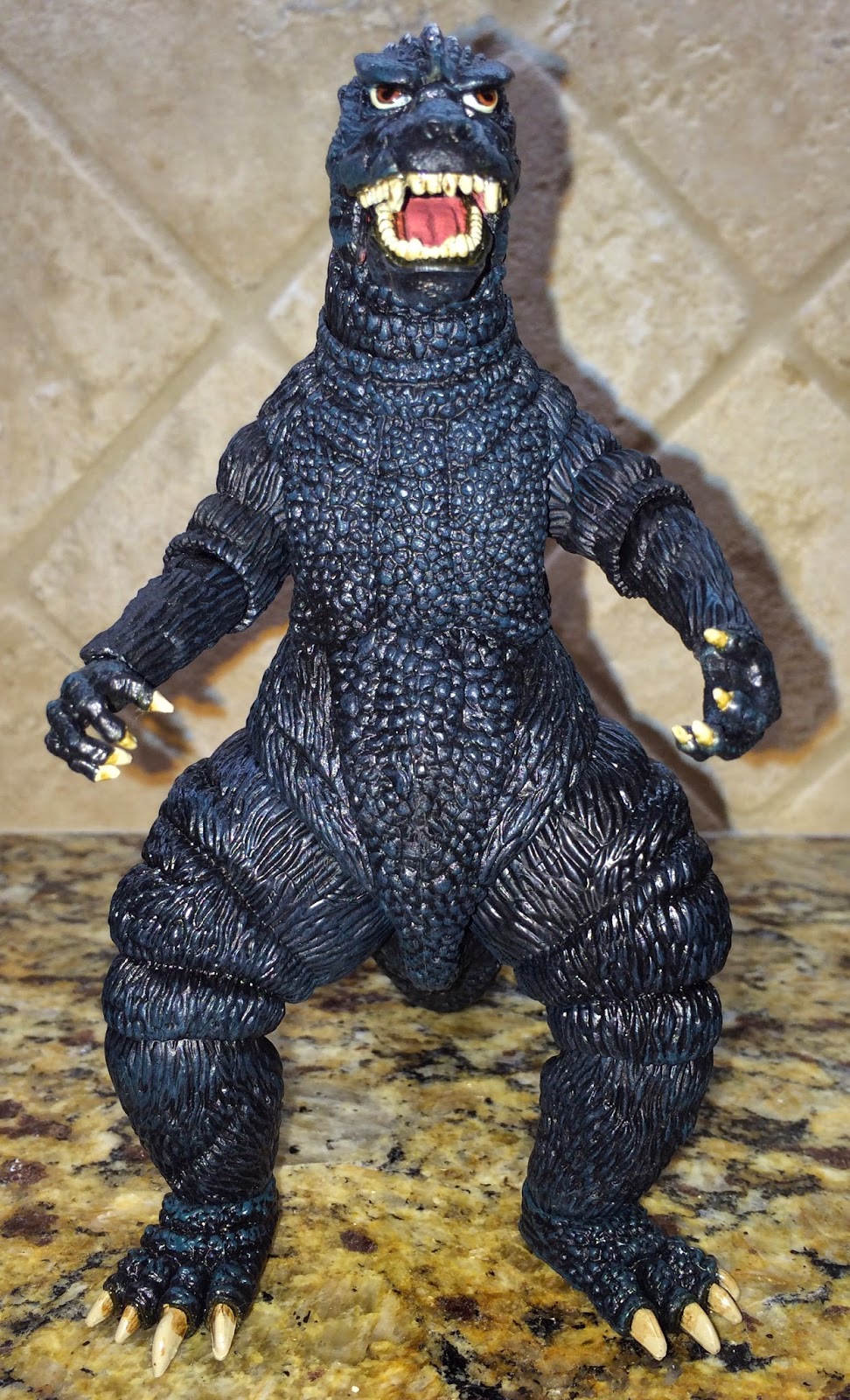 It does look like the torso was re-used, and I guess the dorsal plates, but why not.  One thing you will notice is the legs are definitely new.  The stance of this figure is totally different.  I can't tell from stills whether Godzilla in the movie stands like this, and I haven't seen the film in several years. 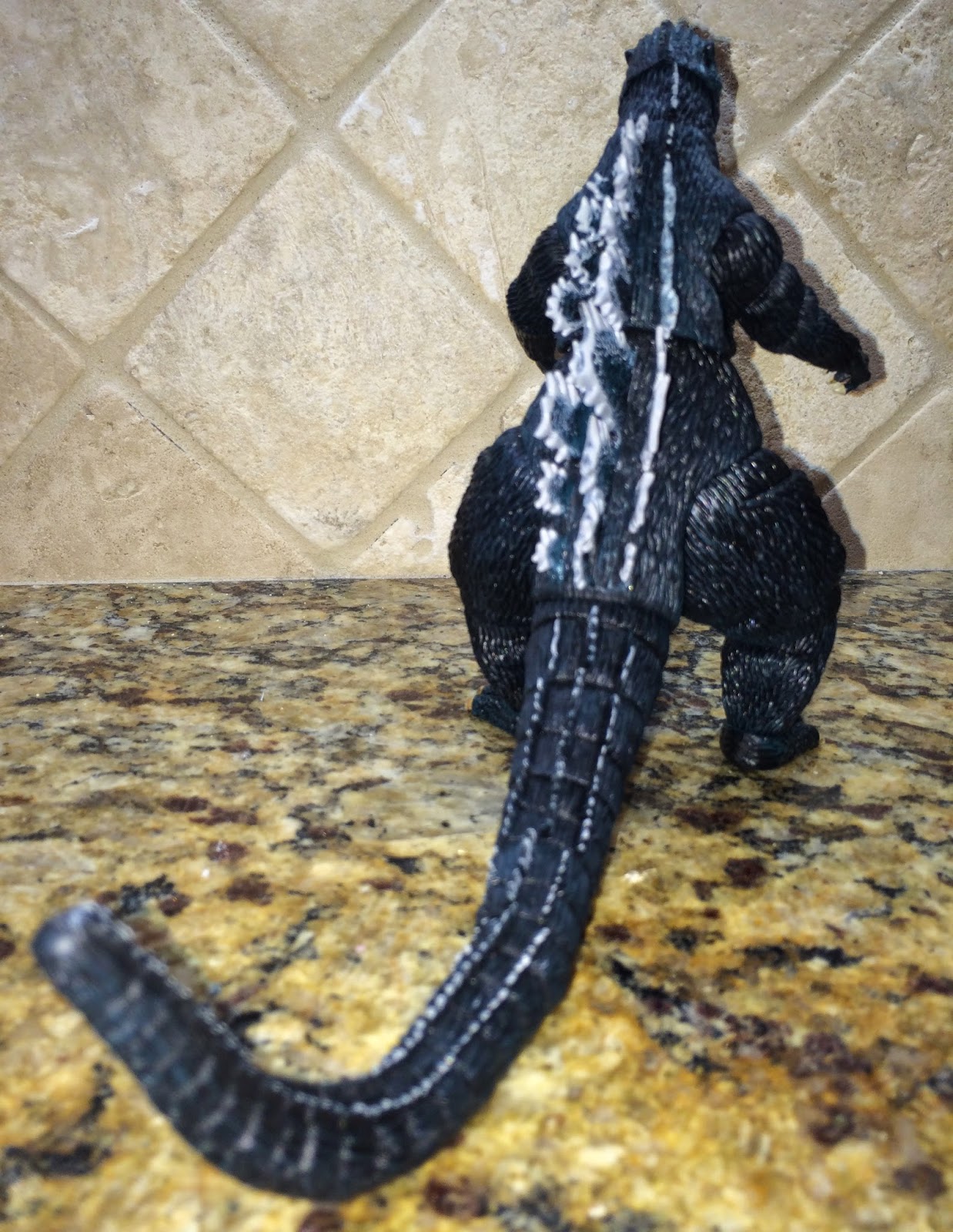 And, the tail has the stubby, rounded end we all love, instead of coming to a point like the last figure (1994).  Neca is definitely learning from their mistakes. 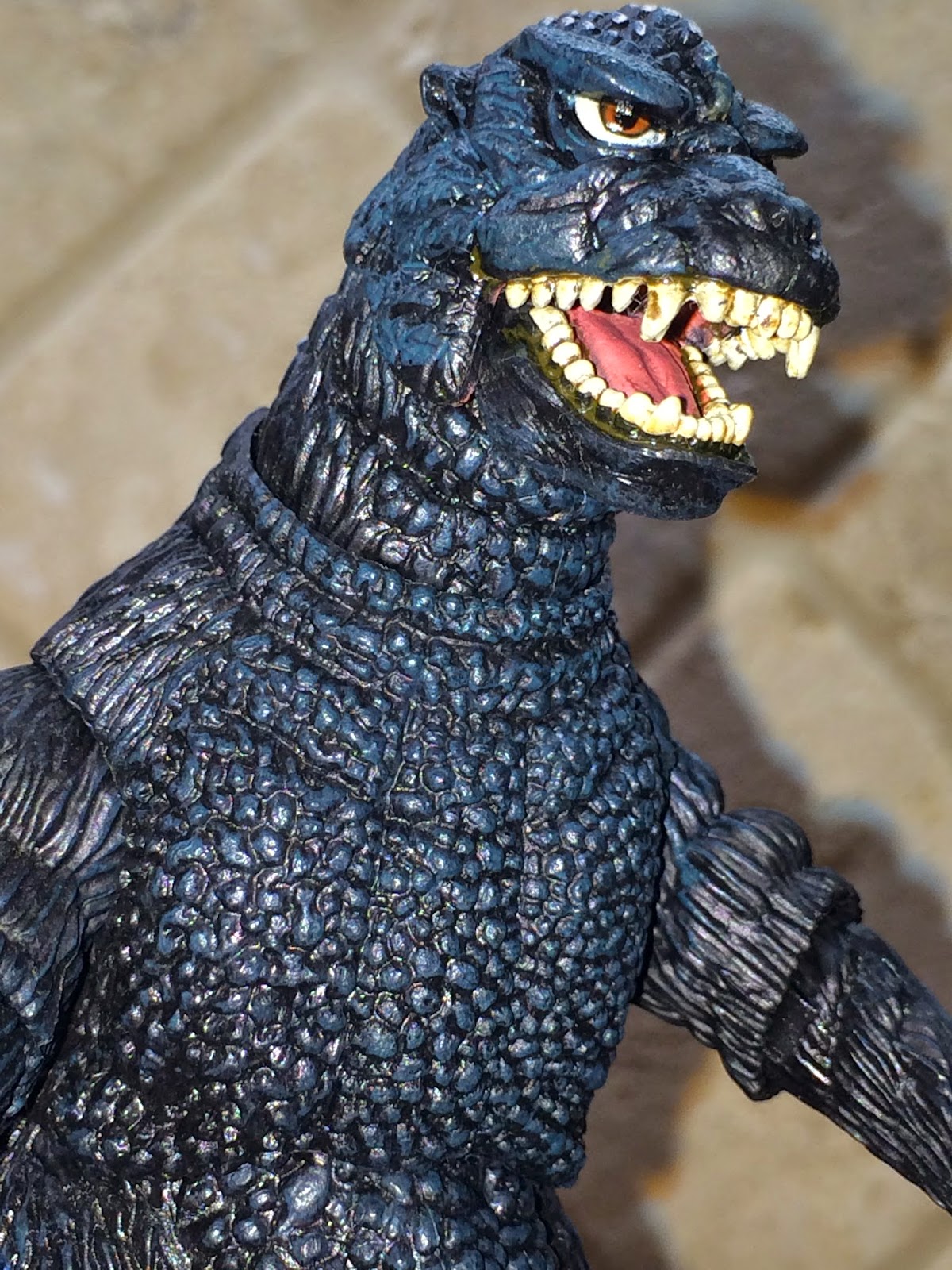 Also, the paint job on my figure is excellent--look at the claws this time out; they are very well done.  Yes, he does have some tooth decay going on in the photo above, but it's not a deal-breaker.  Compare the likeness with this still: 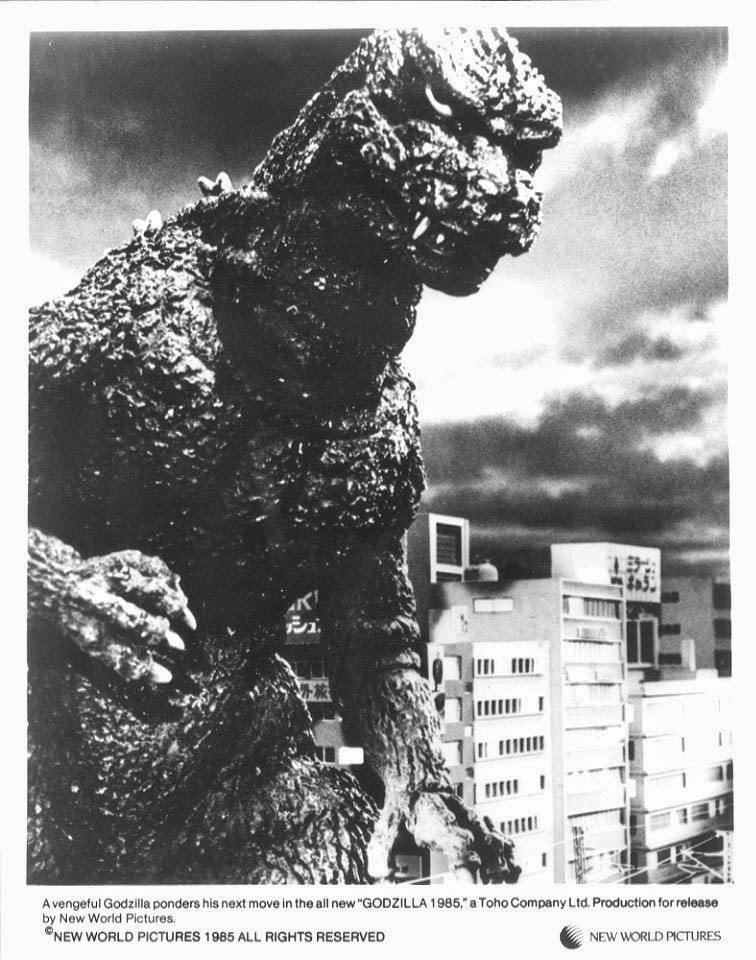 Of course, with any Godzilla suit, the accuracy of the likeness is all about the head design.  One thing I didn't do is actually close the jaw (duh), because crucial to the 1985 (1984 in Japan) design are the oversized "fangs" overlapping.  I will have to do that.
All in all, I didn't expect to be so thrilled with this figure, but this series is coming along nicely.  I think the move toward the earlier films excites me, as well as the thought process involved in choosing a little-represented suit!  If I read correctly, next up is the 1995 "Burning Godzilla," and then supposedly a 1954, which I am most excited about.
And again, I would be remiss if I didn't point out these figures are TWENTY BUCKS.  You just can't beat that, folks.
The front of the inlay card is the same as the previous figure, but here are the inserts that are new:

Posted by Sampoerna Quatrain at 08:08