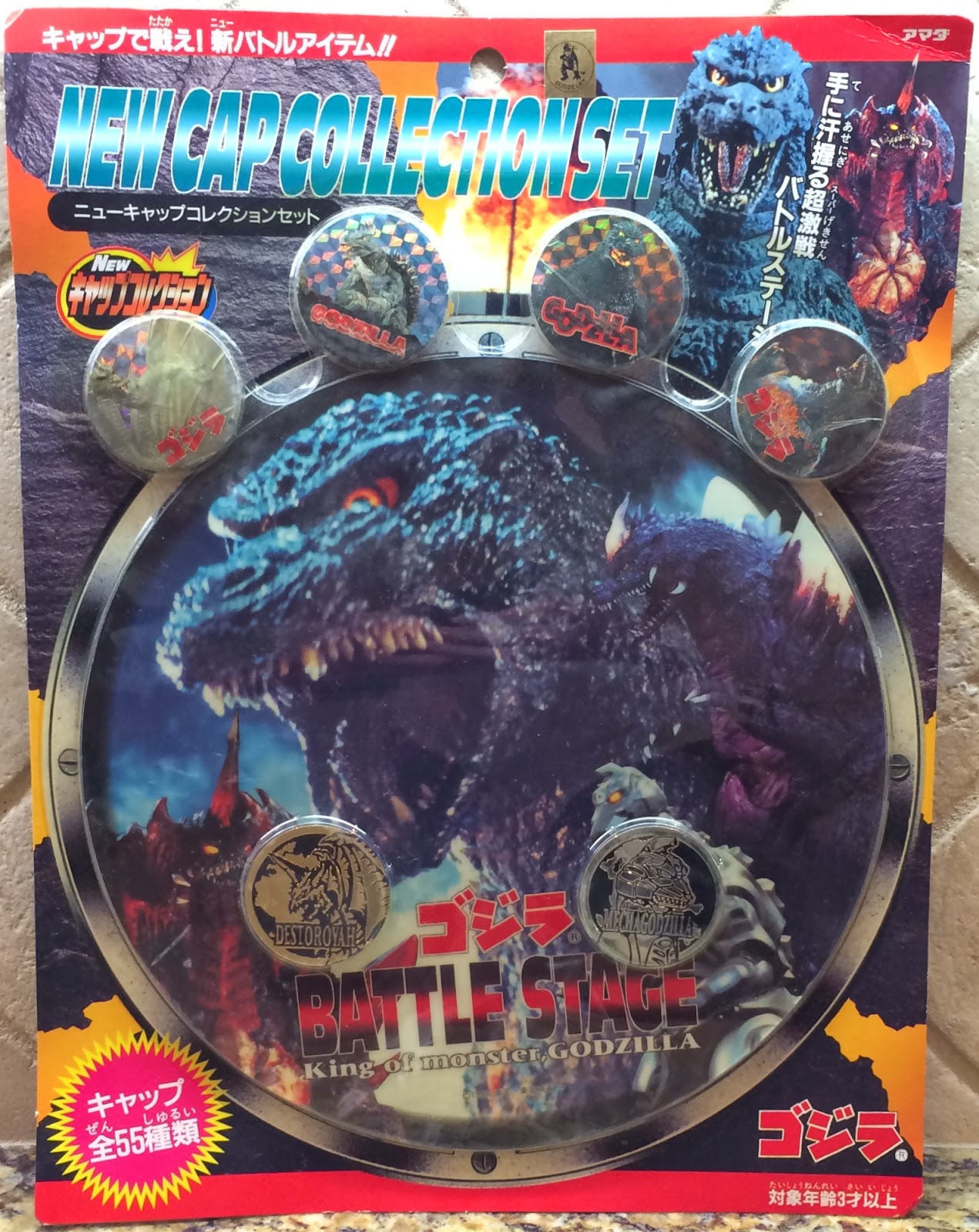 Who remembers milkcaps? No? Okay, try this: who remembers Pogs? Now I have your attention.  Of course you do.  If you were alive in the mid-90's, there was no escaping what was the ultimate marketing ploy...because they were extremely cheap to produce by the bazillions, of course.  Just in case you just flew in from Pluto: Pogs were the brand-name of an older game that was brought over from Hawaii (mostly), in which the cardboard discs from the top of milk bottles were stacked and knocked over by another disc (a "slammer," although I wonder what they used originally), and in doing so, you would win some of your opponent's discs, sort of like marbles.  It was a huge fad in the mid-1990's that was everywhere, and then, like all fads, burned out and went away forever. 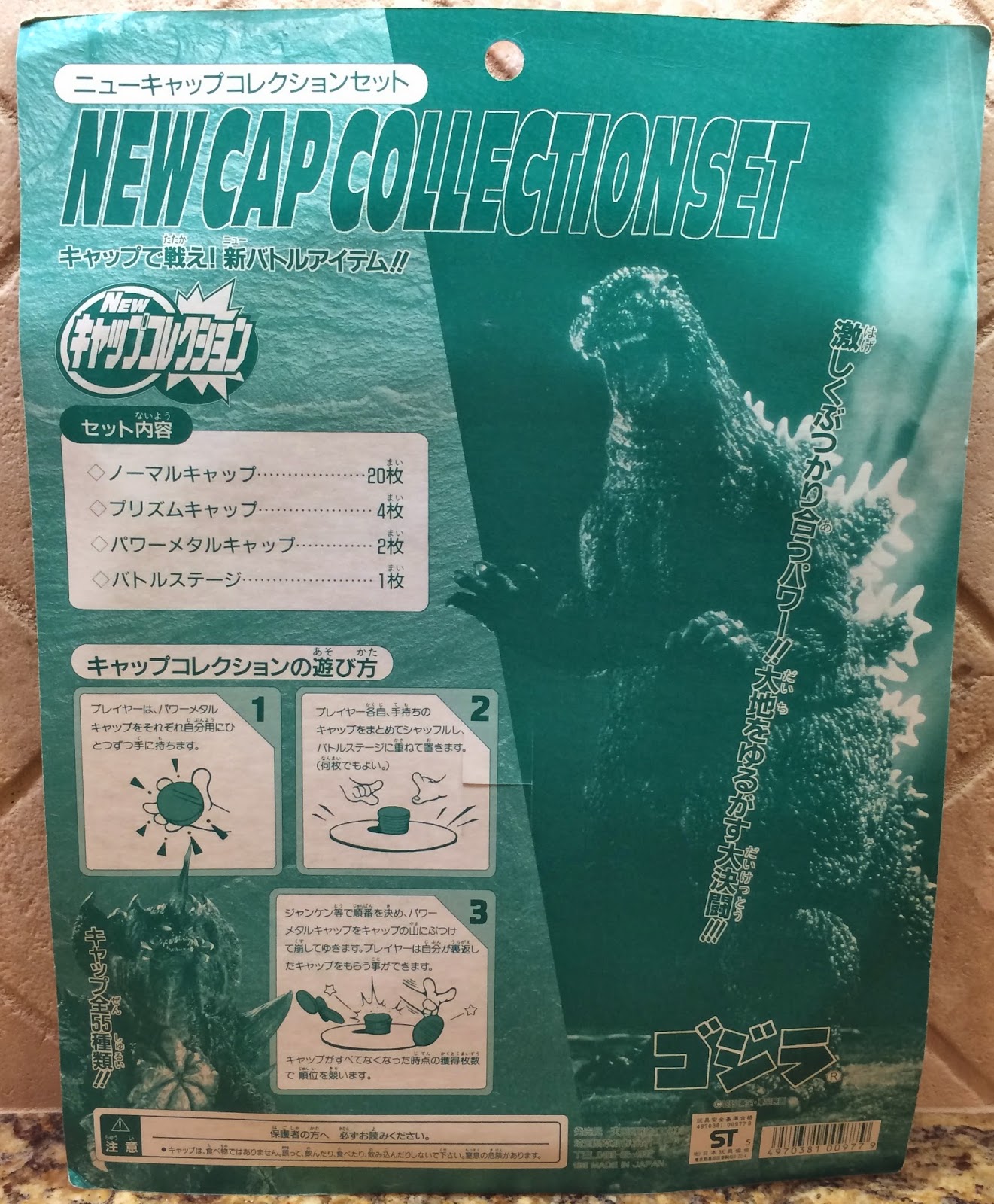 At the time, you could buy milkcaps of just about any licensed character, although the Pog brand mostly produced their own designs and artwork.  I must have had a thousand of these things, including Spider-Man and Star Wars sets.  But, upon reflection, I have to say that I rarely see any used ones in thrift stores, probably because if you played with them enough, they wore out, and were basically disposable.
This set was produced at the height of milkcap-mania, to promote Godzilla's upcoming death in GODZILLA vs DESTOROYAH in 1995.  Like the larger sets, it included a "stage" to play on, and two "slammers," which gave you everything you would need to play.
I have some other Godzilla-related milkcaps that are much older, and may even be unauthorized, that I will have to scan and post here sometime.

Posted by Sampoerna Quatrain at 08:54