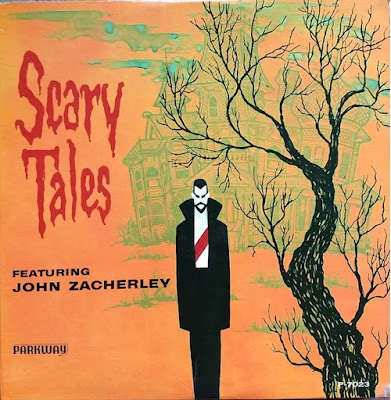 I've been saving this one! Several months ago, I was in a Game XChange store that was out of town, and I decided to look through their used vinyl...and there was this, opened but still in its original plastic, even.  So, the moral is, you just never know!

This is a super-rare LP by one of THE original horror hosts (you can see some rare footage of him on YouTube if you are so inclined; it's good stuff).  He made a few records--including the Halloween staple "Dinner with Drac"--and all of them are equally scarce. 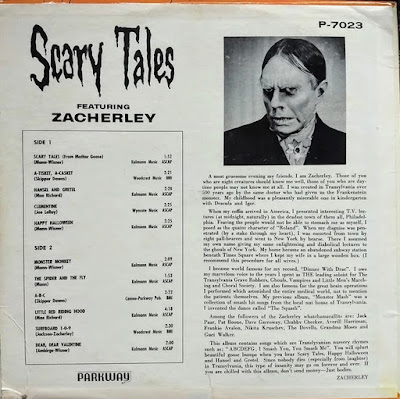 This record is super-cool for yet another reason, though!  The first track (which is the title cut) actually has three sets of parallel grooves going, meaning there are three different versions of the song that you might randomly get...and he doesn't even hint at this possibility anywhere on the sleeve! I imagine it caused more than one buyer to doubt their sanity! How cool is that?

As it turns out, this rare record is on YouTube, but mine sounds a lot better, as you will see (and also includes all three versions of the title track)!

Posted by Sampoerna Quatrain at 14:12