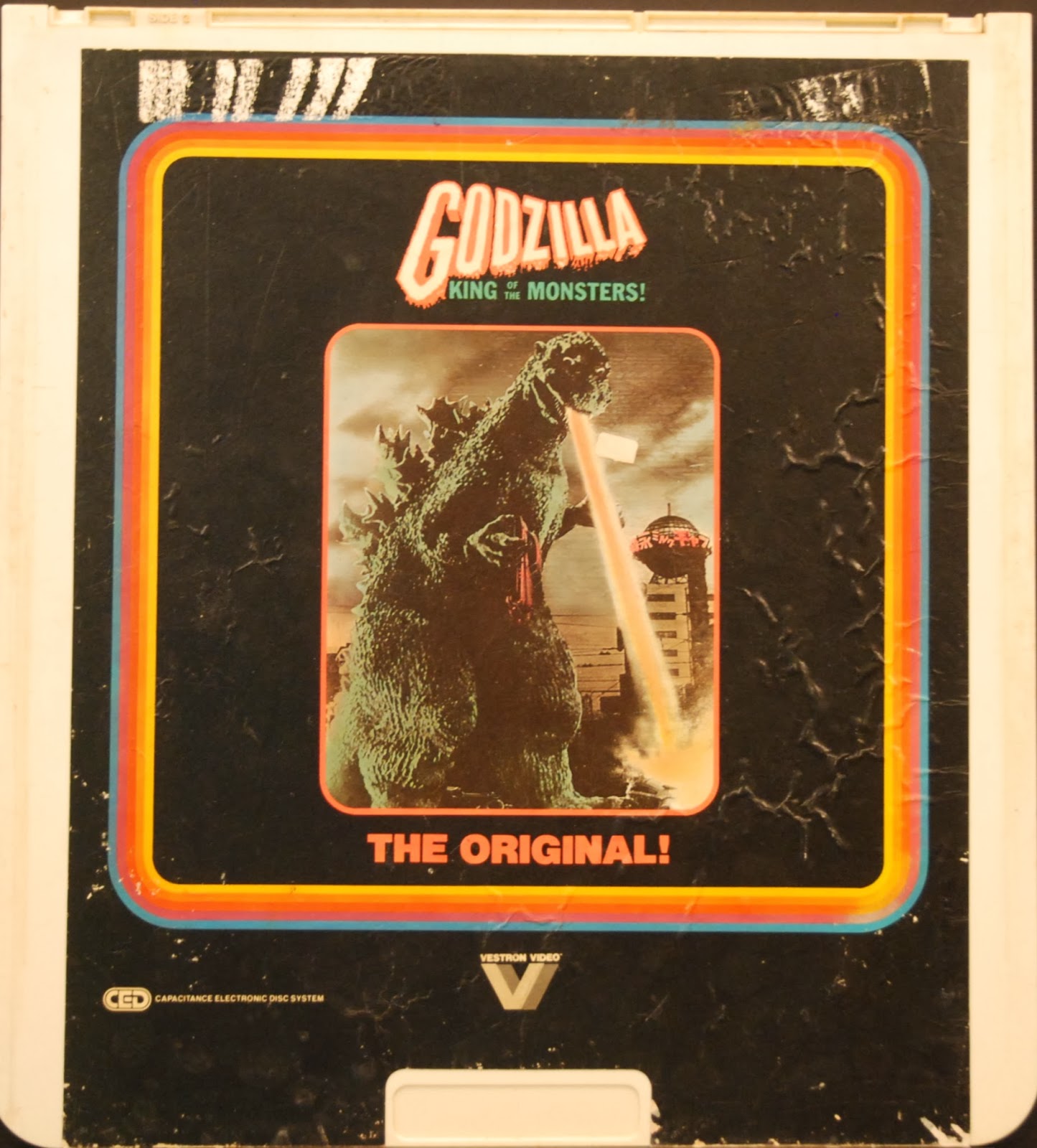 Here's an item that is as anachronistic as a rotary-dial phone...or maybe these days, even a house phone! The Capacitance Electronic Disc system was invented by RCA, and it was an early form of home video, arriving in 1981.  They were LP-sized discs, housed in permanent plastic cases that were actually read with a stylus.  You still had to turn them over, and the format was playback only; no recording.  Because of this, it was a massive failure.  For more information, there's an excellent Wikipedia article on the subject, that even shows you what the disc looks like out of the sleeve. 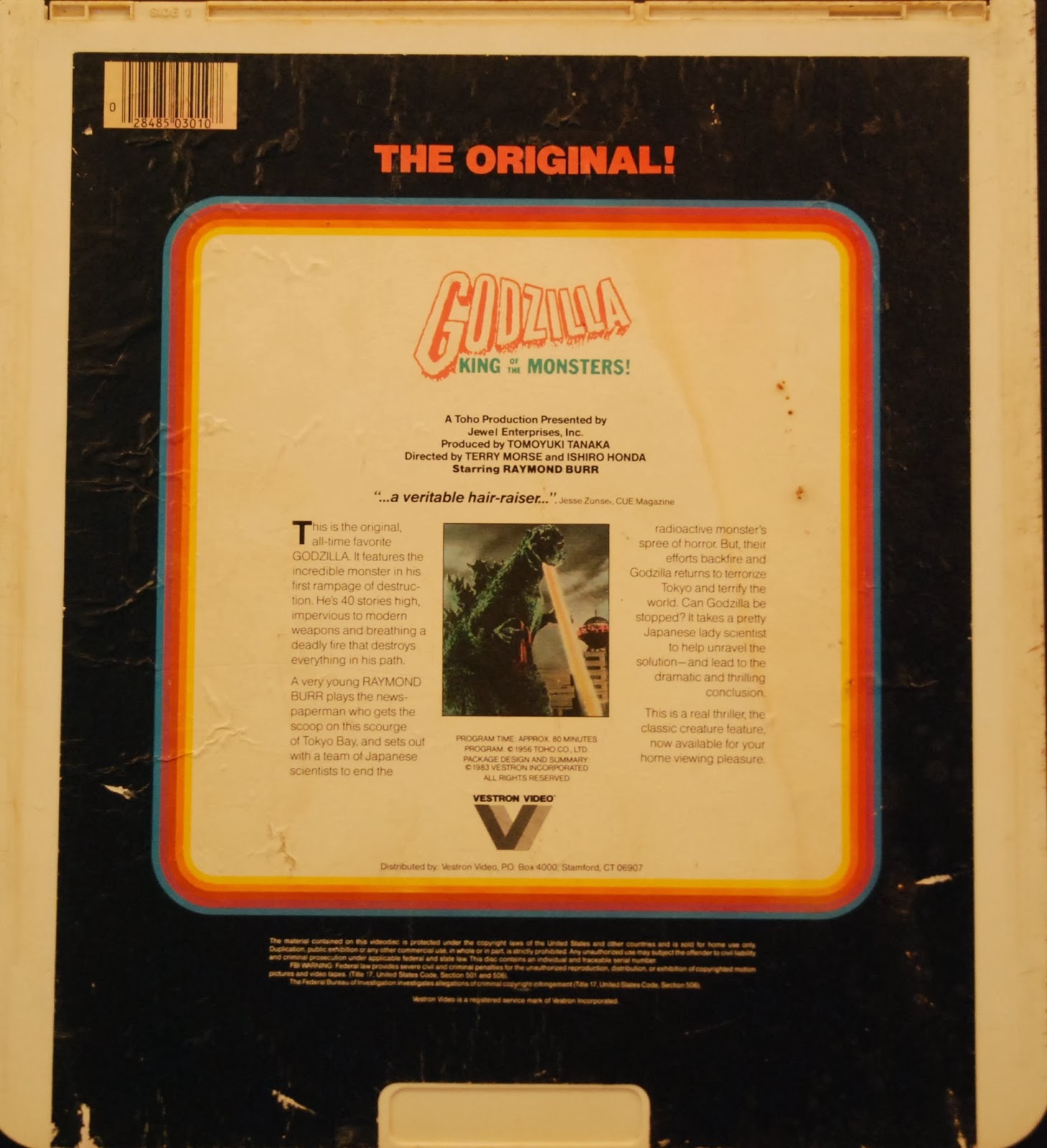 Here is the only Godzilla/kaiju film I know of that was released in this format, and it was late to the game, coming in 1983. [EDIT:  Turns out, there was one other (GODZILLA 1985), and also the original RODAN.] 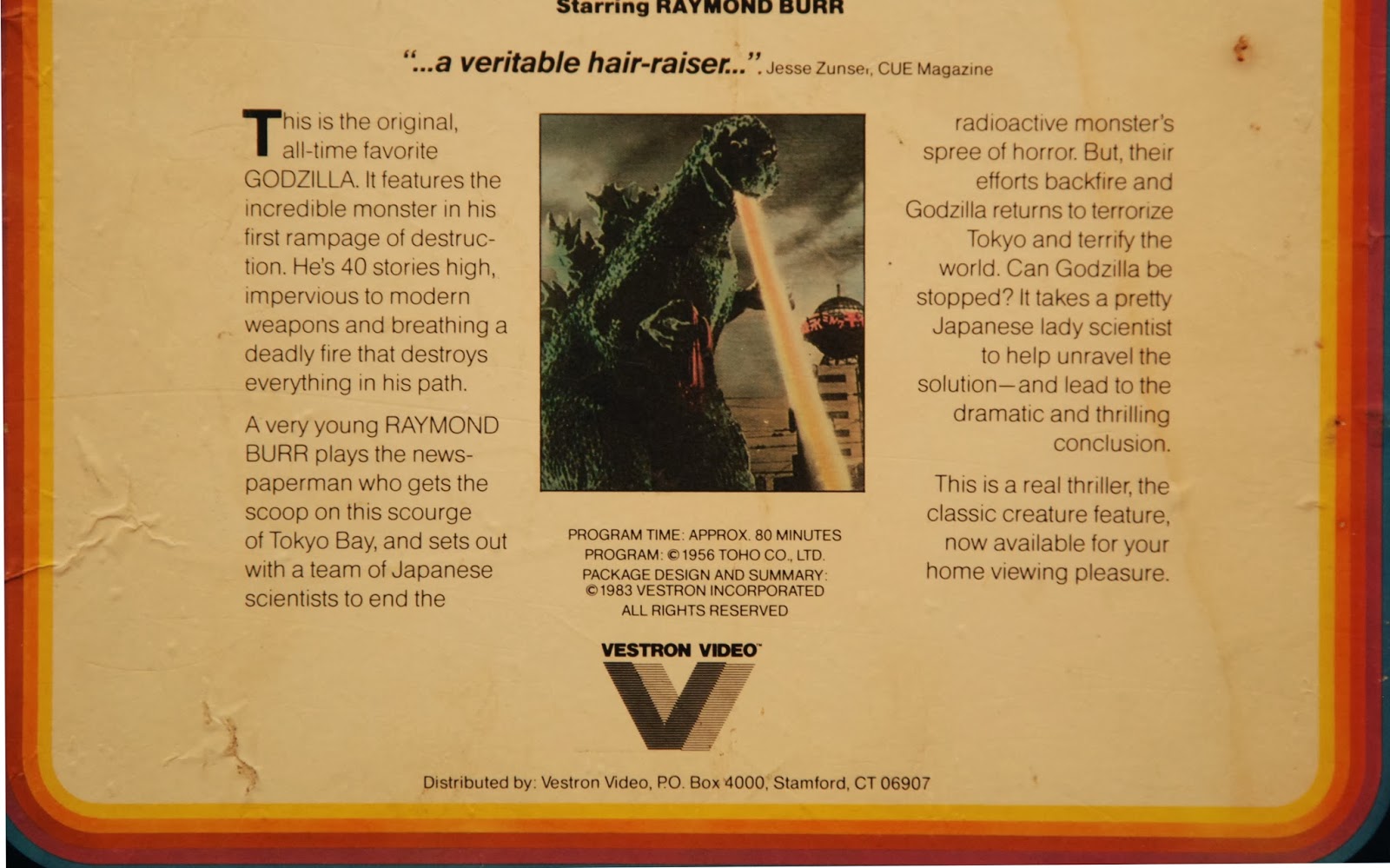 Of course, after massive losses, this system was soon to be replaced by one with the exact same problems, but better picture quality: the laserdisc.
My own small memories of the CED include watching a demo at a department store as a kid, where they had one set up, and a crowd of shoppers had gathered around to watch a salesman, who was extolling the system and playing a movie.  The film? It was the Bee Gee's awful SGT. PEPPER'S LONELY HEARTS CLUB BAND! Needless to say, I was unimpressed, and my family bought a Betamax machine.
Posted by Sampoerna Quatrain at 07:28

i have one of these