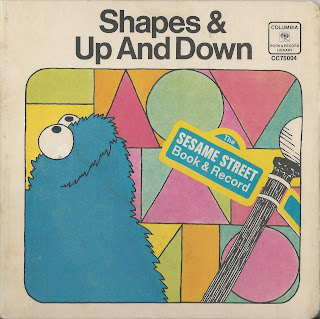 The fourth Sesame Street single release dealt with"Shapes & Up and Down," but it actually fails spectacularly at one of them.  There actually is no discussion of shapes whatsoever! If there's an answer to this mystery, it is that the title was supposed to be "SOUNDS & Up and Down," because that's what is actually on the record! 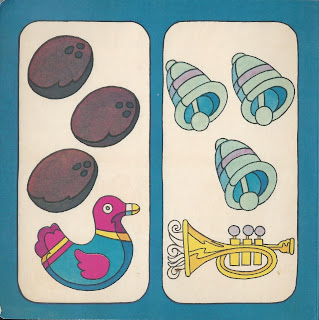 The A-side of the record features the perennial Sesame Street classic, "One of These Things" (is not like the other).  On the show, this was a visual game, but for audio, it had to be about sounds, which this first page of the book is supposed to illustrate. 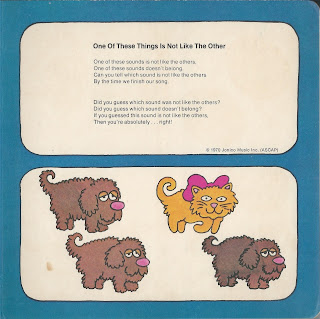 The lyrics, and another example, follow on the third page.  No shapes anywhere. 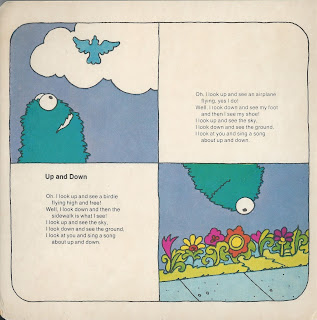 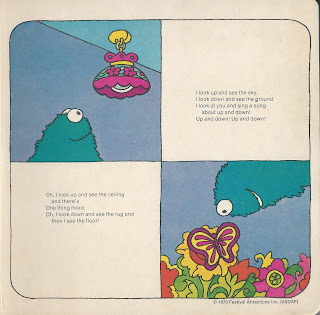 The great artwork on the next two pages illustrates the B-side, which is the true star of the record.  Jim Henson and Frank Oz perform a song called "Up and Down," where Henson (the label says he is another Monster, but I kept imagining one of his man-on-the-street type guys) helps a nearly histrionic Cookie Monster (who has lost his cookie) with the concepts of up and down, which he already knows.  It's a huge treat, and if there was ever a doubt about the amazing throats of both men, think about how hard it would be to not only sing "in voice," but sing well! 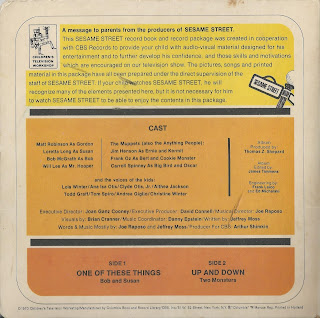 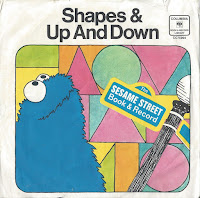 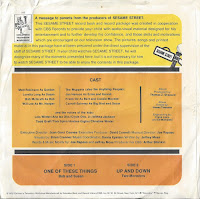 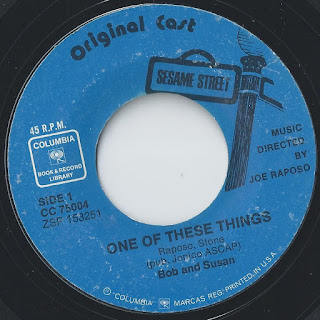 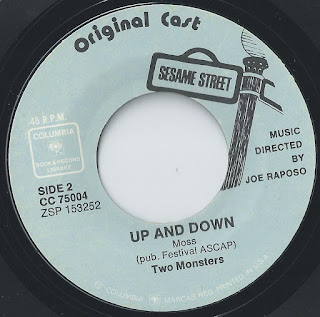 Enjoy! Next time we wrap up with the fifth Sesame single.

NOTE: Links for all five have been combined and moved to Part Five, so see there!
Posted by Sampoerna Quatrain at 12:48